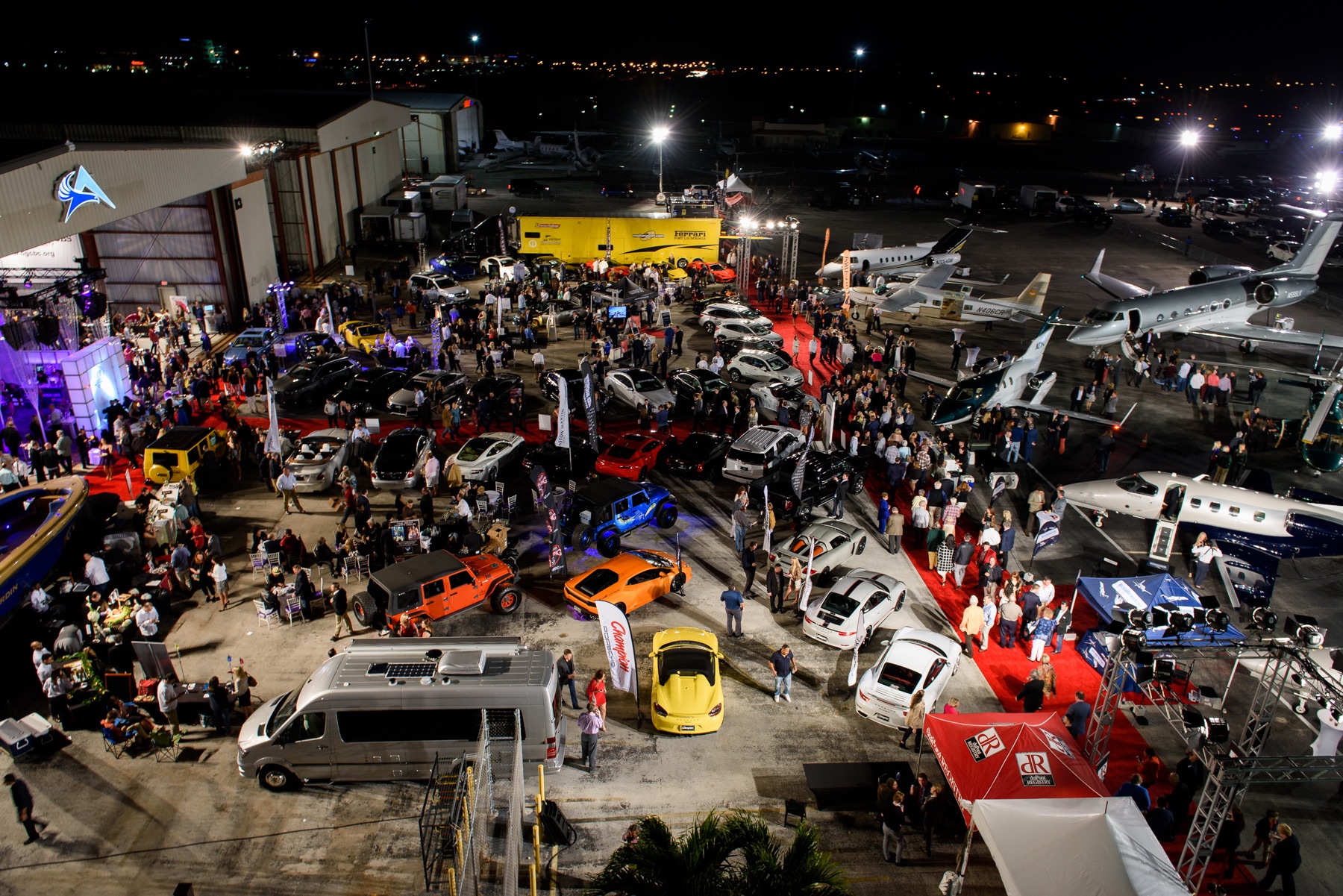 The 14th annual Boca Raton Concours d’Elegance presented by Mercedes-Benz and AutoNation on February 7-9 at the Boca Raton Resort & Club has announced its full lineup. As previously announced, Billy Gardell, will be the headline gala entertainer. Auto enthusiasts will celebrate with Marque of the Year, Duesenberg on their 100th Year Anniversary. 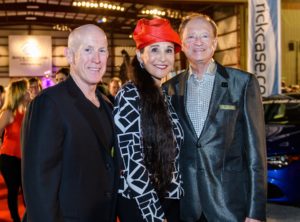 Brian Quail, President & CEO of The Boys & Girls Clubs of Broward, with Rita and Rick Case

The Boca Raton Concours d’Elegance is the world’s largest Concours owned by a charity, and fully benefits the Boys & Girls Clubs of Broward County. It was founded and is directed by Rita and Rick Case of The Rick Case Automotive Group. “The entire Concours team is comprised of over 300 volunteers who donate their time to the planning and execution of the event,” says Brian Quail, President/CEO of the Boys & Girls Clubs of Broward County. Quail added, “The event attracts thousands of attendees and to date has raised more than $10 million for our organization.”

Following are the details and more information is available at https://www.bocaratonconcours.com/

The weekend kicks-off with the Hangar Party at Atlantic Aviation within the Boca Raton Airport. Guests will peruse an impressive selection of cars, motorcycles, private jets, premier vendors and 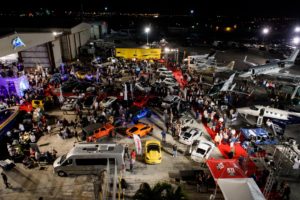 All new this year: Mecum Auctions presents a gallery exposition of millions of dollars in collector cars in the Mizner Center (Ballroom) at the Boca Raton Resort & Club. Cars are priced at up to $20 million. Within the Mecum Exposition they are also presenting a display of automobile art by the Automotive Fine Arts Society Show (with automobile artists from around the country displaying their work—all available for purchase. Artist include: Ken Eberts, Tony Sicorski, Richard Pietruska, Dan McCrary, Dennis Brown, David Chapple, Larry Braun, Steve Macy and more.

President of AFAS, Ken Eberts, will be the official artist of the 14th annual Boca Raton Concours d’Elegance. Eberts’ work is unique in portraying a greater history of cars than any other artist — covering every decade all the way back to 1897 — as well as more marques; over 40. He was chosen by Ford Motor Co. to commemorate its centennial in 2003, an honor last given to Norman Rockwell for its 50th anniversary.

The excitement continues on Saturday with the Grand Gala Dinner, Live Auction & Show. Prior to dinner, guests enjoy a cocktail reception and have the opportunity to bid on a unique array of items at the silent auction. Immediately following the cocktail reception, guests will be served a gourmet dinner followed by the awards presentation and live auction in which they have the chance to bid the on one-of-a-kind trips, exotic vacation packages and more.

The evening’s grand finale features a stellar performance by comedian Billy Gardell. Gardell played Chicago police officer Mike Biggs on Mike & Molly. He also had a recurring role as Billy Colivida on Yes, Dear and appeared in a dozen episodes of My Name Is Earl as a police officer. 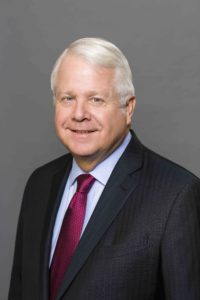 for the Automotive Lifetime Achievement Awards will be introduced by Jason Stein, Publisher of Automotive News as follows: Scott Keogh, President & CEO of Volkswagen of North America, who oversees VW & Audi; Three-time Indianapolis 500 Winner, Helio Castroneves and Founder of the Lehman Dealership Enterprises, William Lehman, Jr. Additionally, this year, Chairman of the Board JM Family, Colin Brown will be inducted into the Dream Makers Society.

The Automotive Lifetime Manufacturer Achievement Award recipient will be Keogh. He assumed his position in November 2018 and oversees all Volkswagen brand activities in the U.S., Mexico and Canada, including factories in Tennessee and Mexico. As head of the Group, he heads the U.S. operations of Audi, Bentley, Bugatti, Lamborghini, and VW Credit Inc. Prior to this role, Keogh was president of Audi of America, where he led the brand to continual new monthly sales records. He oversaw strategic forays into new vehicle segments in the American market and crucial product launches that significantly broadened the Audi product line in the U.S. Keogh helped forge new marketing relationships for the brand. And he made priorities of sharpening the Audi dealer network and of promoting the vast improvements in Audi product quality.

The National Lifetime Racing Achievement Award recipient is the three-time winner of the Indianapolis 500 and one of the racing circuit’s biggest stars, Helio Castroneves.

Castroneves ranks as the elder statesman in the Team Penske stable of drivers, yet still possesses the speed and skill necessary to win at the highest levels of motorsports and continues to have the drive and enthusiasm to race. One of the most successful and popular drivers of his era, Castroneves is best known in the racing circles as a three-time winner of the Indianapolis 500 and one of the winningest drivers in 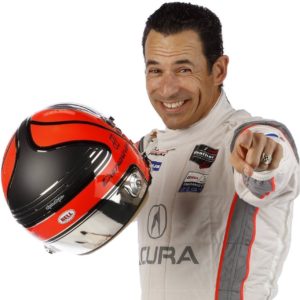 Team Penske history. The 2019 IMSA WeatherTech SportsCar Championship season marks the 20th year of the competition under the Team Penske banner for Castroneves and he is showing no 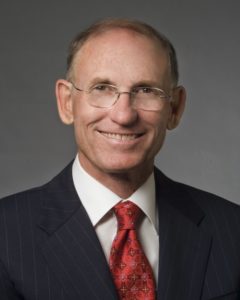 signs of slowing down. Castroneves competed in his first Indianapolis 500 in 2001 as Team Penske and since then has earned 32 victories, 54 pole positions, 95 podium finishes and 6,403 laps led in INDYCAR and Sports Car competition. Castroneves recently joined the Penske’s Acura team and he plans to race in the Indianapolis 500 in May. Aside from success in racing, Castroneves won the 5th season of the American reality TV show Dancing with the Stars.

The Automotive Lifetime Dealer Achievement Award recipient will be William Lehman, Jr. Lehman was born and raised in Miami and graduated from the University of Alabama and he took over management of his family-owned Buick dealership in North Miami In 1967. His father had operated the automobile business in Miami since 1936. Since that time, Lehman has owned automobile dealerships including Hyundai, Genesis, Subaru, KIA, Buick, GMC, Mitsubishi, Toyota, Mazda, Pontiac, Oldsmobile, Saab, Suzuki, Isuzu, Opel, among other brands over the last 50 years. In addition to running the new and used car retail franchises, under Lehman’s leadership separate automobile finance and leasing companies were established including William Lehman Leasing (since 1968), Affiliated Financial Corporation and Local Fi-nance (two subprime automobile lending businesses). In 2018, sales by Lehman’s companies were over $600 million and retail and lease contract financing approached $35 million. Lehman is very active in the community having served as the President of the South Florida Auto Deal-ers Association.

This year’s event will also feature the induction of Colin Brown, chairman of JM Family, into the exclusive Dream Makers Society. JM Family, a Deerfield Beach-based diversified automo-tive company, is currently ranked No. 21 on Forbes’ list of America’s Largest Private Companies and No. 17 by Fortune as one of the 100 Best Companies to Work For, its 21st consecutive year on the list. Dream Makers inductees are individuals who have established a long-term commitment to the Boys & Girls Clubs of Broward County for at least 10 years, have played a vital role in the development of a program or event that has had a significant impact on the success of the organization, and have personally contributed funds over $1 million. 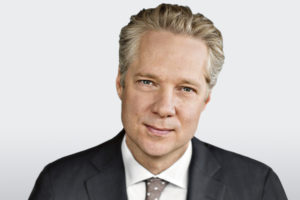 The Sunday morning begins at 10 a.m. with an around the world experience an automotive showcase like no other, featuring over 200 cars and motorcycles from an array of time periods. Auto enthusiasts have a chance to view several examples of the Marque of the Year, Duesenberg and the Feature of the Year, Auburn Cord Duesenberg Club, as well as a Special Display Class: “30 under 30.” An expert panel of judges who selects the finest vintage, antique, classic and exotic vehicles based on period, presentation and style include the following: Chief Judge Dr. Paul Sable; Lindsey Greene Barrett, President of the ACD Club; Diane Fitzgerald, President, RPM Foundation at America’s Automotive Trust and Diane Parker, Vice President of the Historic Vehicle Association. Grand Marshal Wayne Carini, host of Chasing Classic Cars joins the group for another stellar year along with the longtime Master of Ceremonies Bill Rothermel will be joined this year by Brad Phillips from Hagerty Insurance who handle the announcements during the ceremony.

Once the show kicks off, VIP-ticketed guests are invited to enjoy a selection of gourmet food, wine and spirits from more than 25 of South Florida’s finest restaurants at the Concours d’Gourmet Pavilion. South Florida’s finest restaurants and chefs such as: Abe and Louie’s Steakhouse, Boca Raton Resort & Club, BGCBC Culinary; B&B Cappuccino; EnerBee Energy, Runyons, Sette Bello Ristorante, Sunset Catch and more to offer selections such as succulent steak, pasta, seafood, vegan dishes and dessert delights. The party is festive with a complete, fully stocked open-bar and a wide selection of wine and spirits with cocktails, soft drinks and other beverages.