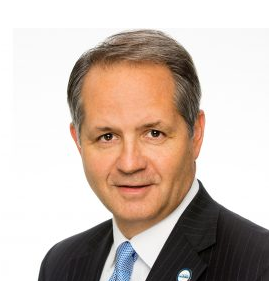 The Florida Chamber of Commerce testified Tuesday at an Office of Insurance Regulation hearing that a proposed 19.6 percent rate increase in workers compensation insurance rates will hurt Florida’s business climate.

However, the National Council on Compensation Insurance (NCCI) warned that delaying the rate increases could cause severe public harm, because insurers could fall more than $1 billion short of what they need to pay claims.

Rates for workers comp were thrown in disarray after the Florida Supreme Court threw out portions of Florida’s workers’ comp system in two separate cases.

NCCI, which is based in Boca Raton, recommended the 19.6 percent rate increase.

Further complicating matters, Floridapolitics.com reports that Miami attorney James Fee is challenging the increase based on allegations of open meetings and open records violations. NCCI says the laws did not apply because it’s not an agent of the state.

Fee’s website says he represents employers on compliance issues and injured workers who file claims. Fee is a partner with Druckman & Fee.

“It’s a lucrative deal for personal injury trial lawyers, but a raw deal for injured workers who won’t gain a dime, and may even be out of work longer,” Wilson said during the insurance regulatory rate hearing. “Florida businesses care about their injured workers and want to make them whole. But now, thanks to the Supreme Court and plaintiff trial lawyers, its OK to collect fees nearly 50 times as much as the injured workers judgment.”

If the Office of Insurance Regulations approves the 19.6 percent workers’ comp rate increase, it will be the highest rate in the Southeast, the chamber said in a press release.

A chamber task force concluded that the increased rates could force businesses to choose between paying higher rates and hiring additional employees.