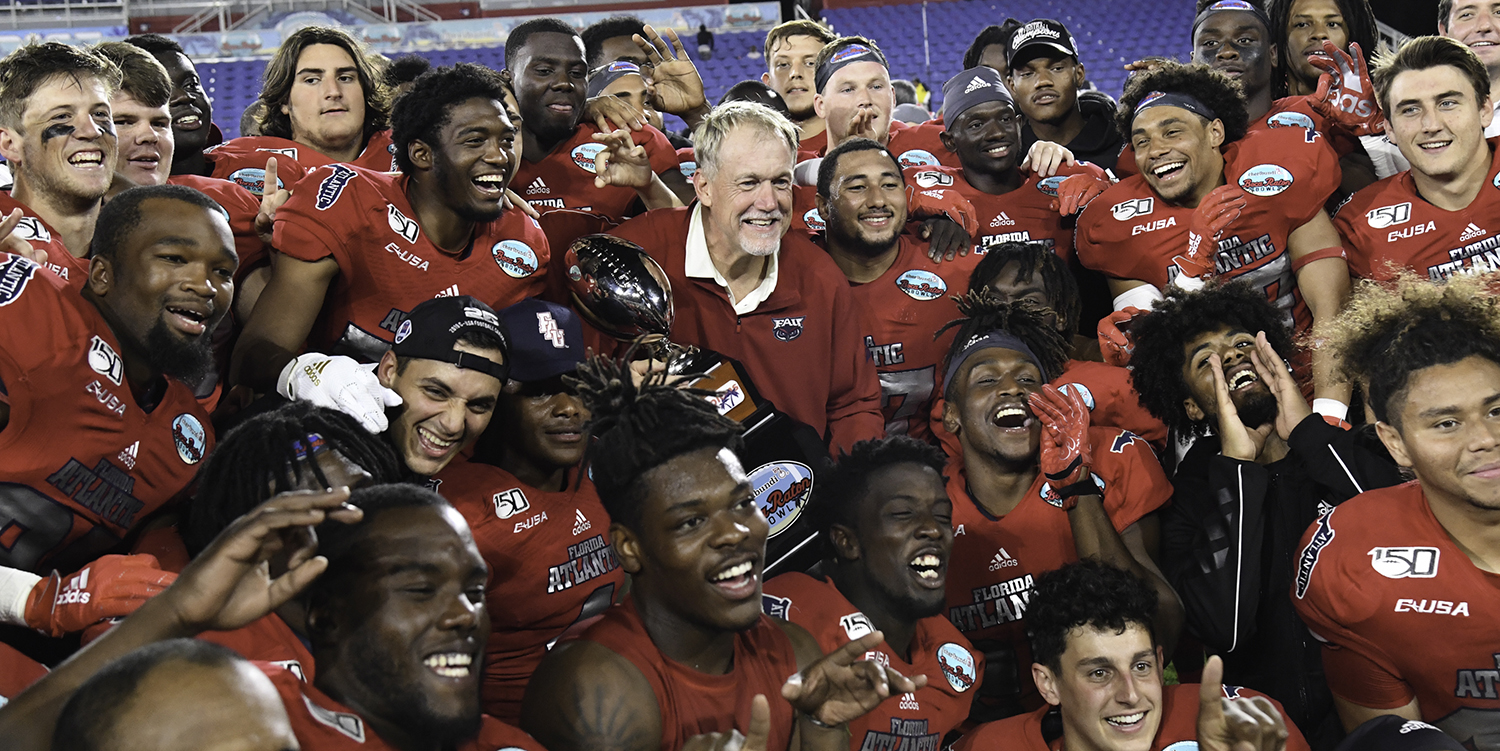 The Florida Atlantic University Owls won the sixth annual Cheribundi Boca Raton Bowl on Dec. 21 by a 52-28 score against Southern Methodist University. FAU tied the bowl record with its 52 points and the combined 80 points were the second most in the bowl’s history. FAU quarterback Chris Robison set a Cheribundi Boca Raton Bowl record with 27 completions in 37 attempts.

FAU was led by defensive coordinator Glenn Spencer, who was named interim coach after Lane Kiffin became head coach at Ole Miss. The Owls finished the season 11-3, matching the best record in school history, achieved previously in 2017 when they also ended the season with a Boca Raton Bowl victory.