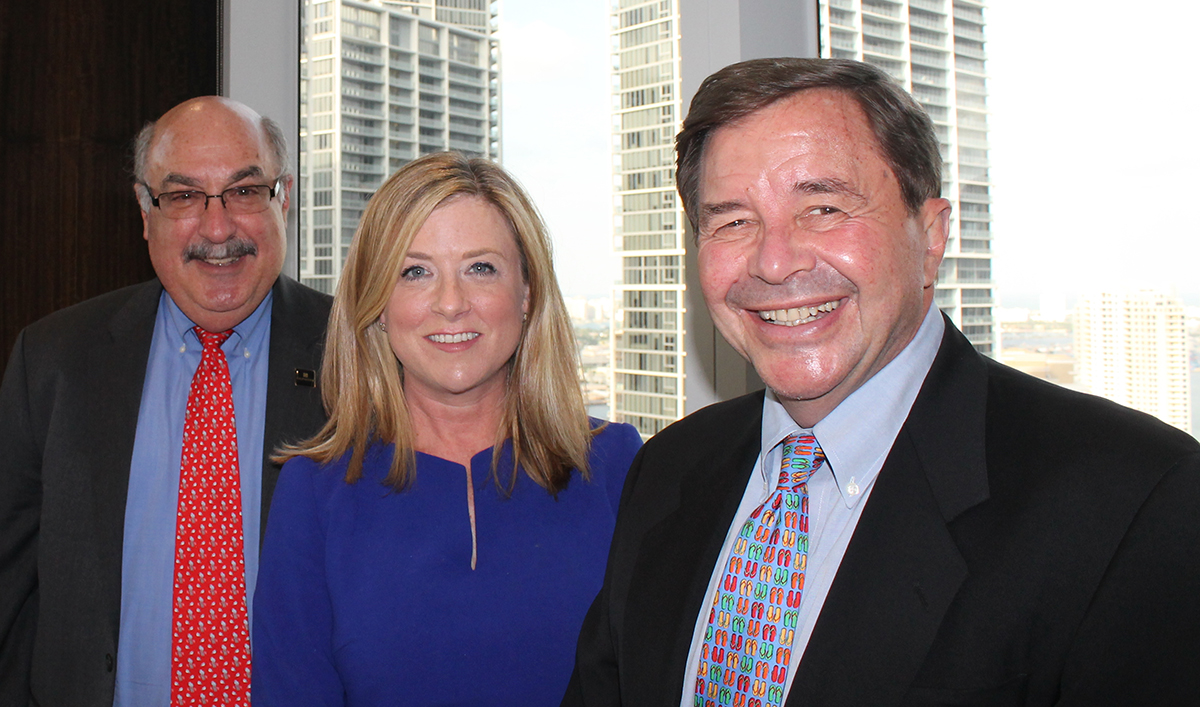 Even private companies are facing pressure on compensation issues

Presidential candidates aren’t the only ones scrutinizing executive pay these days. Everyone from insurance companies to minority shareholders in private companies are hauling out the microscopes, according to a panel discussion that was held at the Gunster law firm’s Miami office.

Compensation is increasingly viewed as a general indicator of how well companies are run. “Executive compensation is to corporate governance what the eyes are to the soul,” says Bob Lamm, co-chair of Gunster’s Securities & Corporate Governance practice. He was joined in the seminar by Thomas A. Hickey, a Gunster shareholder who represents companies and senior management in executive compensation matters, and Kathleen Murphy, a senior VP and team leader at Aon Risk Services, a global provider of risk management, insurance and reinsurance brokerage, human resources solutions, and outsourcing services.

For public companies, there are a lot of compensation rules and guidelines by which to abide, ranging from the SEC to self-regulatory groups like the stock exchanges. Then, there are shareholders. “Increasingly, you have a very empowered group of investors who are constantly looking at public company executive compensation,” Lamm says. “That’s become a little different since the advent of ‘say on pay,’ which was required for most public companies by the Dodd-Frank Act.”

In April, Citibank made headlines when a third of its shareholders rejected the bank’s pay plan for top executives. The Wall Street Journal reported that two institutional shareholder advisory firms recommended a no vote, saying pay needed to be better linked to performance.

According to Lamm, it wasn’t too long ago that institutional investors said that as long as companies performed well, they didn’t care what executives were making. One watershed moment was when Occidental Petroleum shareholders rejected Chairman Ray Irani in 2013 after he had been chairman for 30 years. “He was basically thrown out for excessive compensation,” Lamm says.

An article on Forbes.com says Irani averaged $80 million a year during his last 10 years at the company. Lamm says that despite investors’ traditional reluctance to challenge compensation at high-performing companies, one institutional shareholder told him, “Sometimes too much is just too much.”

Private companies in the public spotlight worry about suffering reputational damage from compensation matters, Lamm says. “Some sort of outrageous or excessive compensation is not going to play well in the newspapers.” Compensation discontent can be more contentious in private companies, including family businesses, than in public companies, he says.

According to Hickey, there is a trend with minority shareholders starting to question some of the compensation practices of the founders and their families at private companies. “At some family-owned companies, there is a ‘founders’ mentality’ of operating by fiat,” he says. “They may have the view that whatever they decide is, by definition, appropriate; whether they have the ne’er-do-well son-in-law on the payroll or not is their determination and they are entitled to make it.”

Families can forget they have fiduciary responsibilities for shareholders. To help prevent such issues, Hickey has been working with a private company on different components of compensation: base salary, bonus and then profit-sharing. Outside independent compensation, experts can be brought in to make sure practices are fair and appropriate.

Another hot-button issue can be compensation clawbacks, says Murphy. Let’s say an executive was paid a $3 million bonus based on performance. Later on, it’s determined there were mistakes and the financials are restated. In some cases, federal law may require the executive to pay the bonus back. Some director and officer insurance policies can help the individuals defend against having to pay the money back, but typically wouldn’t provide the payment to do so. However, there are some policies being written in Bermuda that would pay the money back, but only about 15 percent of her clients are using them. Instead, many of them worry that it would be bad public perception for that sort of insurance payout to happen.

There is also the question of whether an act that caused a restatement was intentional fraud, Murphy says. For example, a policy might cover an executive signing off on someone else’s incorrect information, but not if the executive committed fraud himself. A court judgment might also say insurance can’t provide a repayment, and there is federal legislation that seeks to prohibit insurance repayment as well.

The bottom line is that the debate about compensation is far from over. ↵