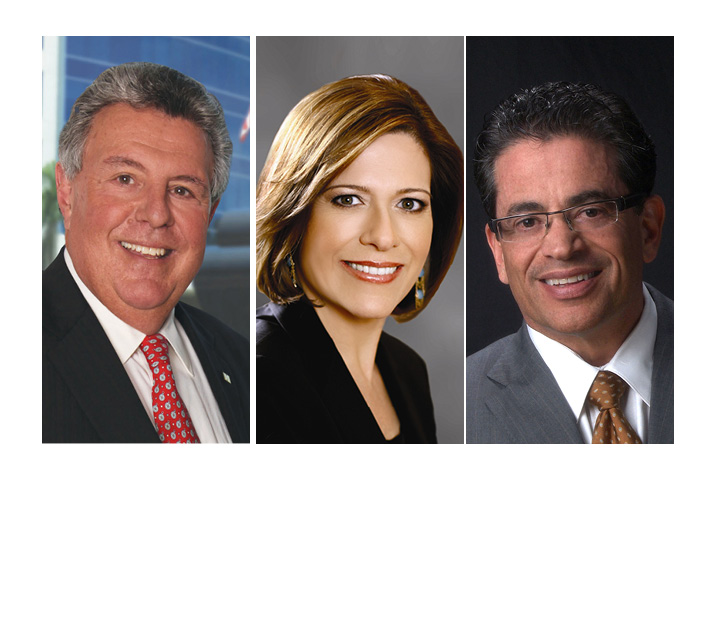 Countdown to the Apogee Awards: Sacco, Kaufman, Blanca honored as CEOs of the year

Here are the CEO biographies:

Since July 1987, Frank V. Sacco has enacted dynamic change as president and CEO of the South Broward Hospital District, known to the public as Memorial Healthcare System. It is one of the largest public health care systems in the U.S., with six hospitals, a nursing home, a home health agency, primary and urgent care centers, 11,000 employees and 1,700 physicians.

In 2006, Sacco was honored with the Silver Medallion Award from the National Conference for Community and Justice. He has also been inducted into the Miami-Dade College Alumni Hall of Fame.

Tere Blanca is the founder, president and CEO of Blanca Commercial Real Estate, the leading Miami-based commercial property real estate advisory services and brokerage firm. Blanca has more than 25 years of experience in the South Florida real estate sector. Prior to launching her own firm, she served as senior managing director for Cushman & Wakefield of Florida and as senior vice president at Codina Realty Services.

Blanca is chairwoman of City Year Miami, a director of BankUnited and a past chairwoman of The Beacon Council. She was named on Real Estate Forum“s 2013 Women of Influence: Legends list and 2010’s Women of Influence list; as one of 2013’s Top 25 Women in Real Estate by Commercial Property Executive; as one of 2010’s Top Dealmakers of the Year by Daily Business Review; and as one of 2007’s Ultimate CEOs by South Florida Business Journal.

Kaufman serves on the dean’s advisory board for the Charles E. Schmidt College of Medicine at Florida Atlantic University and on the boards of the FAU Foundation and the Greater Boca Raton Chamber of Commerce. He is also a member of the United Way Tocqueville Society. He supports the Florence Fuller Child Development Center and the George Snow Scholarship Fund. He graduated from the University of Florida with a B.S. in building construction.