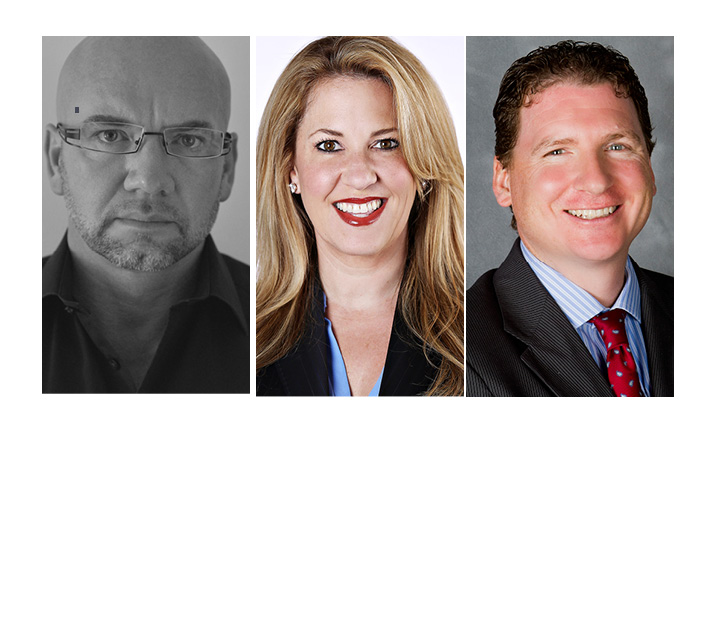 Here are the CMO biographies:

Brian Wallace brings years of experience at leading technology companies as chief marketing officer of Magic Leap Inc., which has been backed with a $542 million investment from Google and has a highly anticipated Cinematic Reality human computing interface.

In 2012, Wallace was named to Business Insider“s list of 17 People Who Redefined Advertising and to iMedia 25’s Internet Marketing Leaders and Innovators list. He was also named to the Advertising Age Marketer A-List in 2011.

Maylynn Vargas-Menoud has more than 16 years of experience in the South Florida legal market, focusing her efforts in marketing, public relations, practice and business development and legal recruiting. Throughout her professional career, she has worked for a multitude of national and regional law firms, including Greenspoon Marder Law, Greenberg Traurig, Hunton & Williams, Stearns Weaver Miller and GrayRobinson.

As the practice development and marketing director for Roig Lawyers, Vargas-Menoud has led the development of the firm’s rebranding initiative, including its website redesign and internal and external communications for brand positioning consistency. Her primary focus has been in promoting and executing practice groups” marketing and media plans, which drive and support the firm’s overall growth and long-term vision. She has built a strong and dynamic infrastructure to accomplish many of the firm’s objectives.

Eric Lebersfeld is on the leadership team at Capitol Lighting, a 91-year-old lighting and home furnishings retail chain founded by his great-grandparents.

During Lebersfeld’s 28-year tenure at Capitol, he has held numerous positions, from cashier to manager to buyer to vice president of marketing to, now, president and chief marketing officer.

Lebersfeld has been instrumental in building an omni-channel retail business with 300 brands and more than 1 million products. The company interacts with 12,000 designers who are served by 170 lighting professionals.

Capitol has illuminated more than a million homes and offices and thousands of iconic commercial businesses and is opening new showrooms in Fort Lauderdale and Miami.

Along with serving on the board of Habitat for Humanity, Lebersfeld is co-chairman for the business and professionals division of the Jewish Federation of South Palm Beach County.