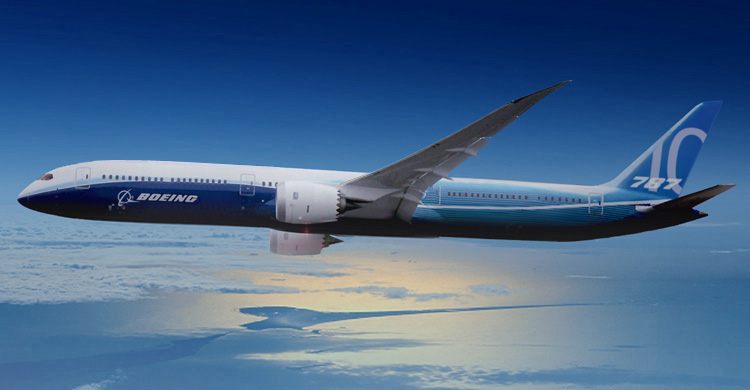 Dear Mr. Berko: In January 2010, you advised me to invest $10,000 in Boeing. I bought 157 shares at $63. Thanks to you, I’ve quadrupled my money, and the $5.68 dividend, which has increased every year, is a 9 percent yield on my cost. Thank you from my heart. Now I wonder whether I should sell Boeing because Airbus is leading the market with its A380 jumbo jet, which seats 615 people. According to my stockbroker, Airbus has advance orders for 200 of these planes. He thinks this will “crush” Boeing’s future revenues, earnings and dividends. He says these huge jumbo jets will be the “workhorse planes of the future.” He wants me to sell Boeing and lock in a $29,800 profit because he believes that Boeing will reduce its dividend and trade much lower next year. — GB, Port Charlotte, Fla.

Dear GB: I’d like to take the credit for that prodigiously profitable purchase. But I’m certain as sin I wasn’t responsible for that Boeing (BA-$253) recommendation in 2010. I wasn’t an enthusiast until April 2012, when I met a minor vice president from BA who acted as if he were a major big shot. He looked like Dr. Strangelove, and I disliked him immediately. But he figuratively kicked me in the bum for being a troglodyte and failing to recognize that war is a “vastly more lucrative business than building 707s, 717s, 727s, 737s, 747s, 757s, 767s, 777s and 787s for peaceniks.” He was so serious that I wanted to ask about what will happen when all the 7s are used up. He told me that stockholders and most of BA’s 150,000 employees cheer when the political, ethnic and cultural differences between nations cause conflict, bloodshed, destruction and death. “God bless these differences,” Strangelove commented, “because revenues from fighter jets, helicopters, guided weapons systems and electro-optical systems account for nearly half of my company’s revenues.” He said that military business is more profitable than civilian business because contracts are competitive in the latter. He bragged that BA has dozens of congressmen on its payroll and then winked at me.

However, BA is no slouch in the jumbo jet business and won’t take a back seat to Airbus, which couldn’t make a dollar if it owned a printing press. Boeing has kept quiet about its new 797, which can fly 12,000 miles at 660 mph. It can carry enough food to feed 1,000 passengers and enough fuel to take them plus several thousand pieces of luggage to their destination. The 797 has aisles that are as narrow as an arrow and seats that are about the size of a child’s booster seat. But BA’s blended wing body, with no clear dividing line between the wings and the fuselage, is a significant advantage over the older, tubular-style structure. This increases the lift-to-drag ratio by 50 percent, resulting in a weight reduction of 25 percent. This makes the 797 33 percent more fuel-efficient than the Airbus A380, which has a top speed of just 634 mph. But bigger isn’t better! You need to be at the airport hours before departure. And after reaching your destination, it may take longer to!
deplane and retrieve your luggage than the length of time you spent in flight. BA’s giant jumbo should be ready for takeoff by 2021 and is so vastly superior to the A380 that Airbus may have to lay off a significant portion of its 73,000-person workforce.

Boeing expects 2017 revenues of $91.4 billion and earnings of $10.20 a share. In 2018, an expected increase in military contracts may push revenues to $94 billion, and with strong net profit margins of 6.7 percent, earnings may grow to be above the $11 level. Therefore, many on Wall Street expect that today’s $5.68 dividend will be raised to $6.50 next year. Though BA has risen sharply and perhaps a bit too fast this year, please keep this stock. Over 25 analysts agree. BA continues to be a good long-term investment, and I’d not be surprised if the board authorized a 3-for-1 split. The most recent BA split (2-for-1) was in June 1997.

What Does Warren Buffett See In General Motors?