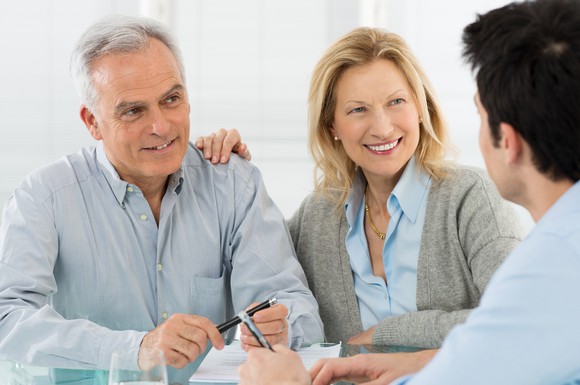 In Your 60’s? 3 Stocks You Should Consider Buying

Are you starting to think about living off of your nest egg instead of growing it? Here’s a trio of stocks to look at right now.

In your 60s, wealth accumulation becomes less important than safety. As you approach retirement, you’re probably focusing on the next financial stage: living off of your nest egg. It means you begin to view your investments in a vastly different way, with dividends and financial strength suddenly taking on outsized importance. If that sounds like you, three stocks you should consider buying today are Enterprise Products Partners L.P. (NYSE:EPD), Duke Energy Corp(NYSE:DUK), and, believe it or not, International Business Machines Corp. (NYSE:IBM).

1. Stable in the energy patch

For example, through the worst of the oil downturn, Enterprise’s gross margin remained stable while its core distributable cash flow inched higher each year. That was true even though the partnership used the downturn to opportunistically acquire three midstream businesses and continued to invest in its own assets. Today it has around $9 billion in capital spending in the works that should support even more distribution growth.

On that front, Enterprise has increased its distribution for 20 consecutive years, including increases in each of the last 52 quarters. Distributions have, historically, increased about 5% each year. The distribution yield is currently around 6.4%. Long-term debt, meanwhile, is about 45% of the capital structure, a reasonable number for a capital-intensive business built on steady recurring fees. Enterprise isn’t exciting, but if you are in your 60s, the combination of distribution growth and yield is well worth a deep dive.

Next up is U.S. electric and natural gas company Duke Energy, which is one of the largest domestic utilities. The utility has around 7.4 million electric customers and 1.5 million natural gas customers in the Southeast and Midwest markets it serves. The last few years have been filled with change, with Duke shifting its operations more toward regulated and long-term contract based businesses. Some of the important moves included selling its foreign business and merchant coal operations, merging with Progress Energy, buying Piedmont Natural Gas in 2016, and building a renewable-energy merchant power business. 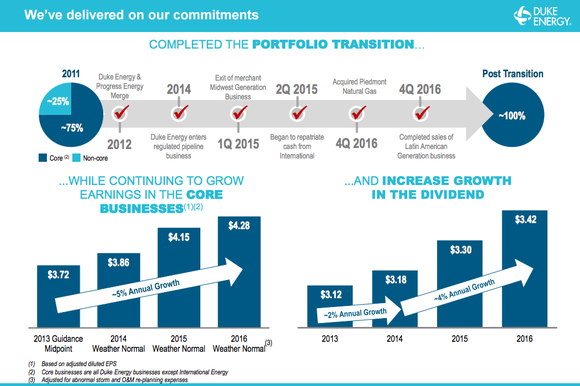 The stock currently offers a yield of nearly 4.2%. That’s backed by Duke’s 96-year history of paying dividends, with annual increases in each of the last 12 years. But there’s more to look at here when you take into consideration all of the changes the utility has made to its business.

For example, between 2009 and 2014, dividends grew at a very modest 2% a year; that was below the rate of inflation. As the company’s corporate makeover started to take shape, however, it got that number up to around 4% between 2014 and 2017. After the most recent acquisition, Duke is projecting dividend (and earnings) growth of between 4% and 6%. This utility is a much more compelling investment today than it was at the start of the decade — and it’s worth a little more research if you are looking for slow and steady dividend payers.

IBM, the last option here, is a little riskier. The technology giant is going through a major corporate overhaul that’s included sales declining in each of the last 21 quarters. That’s clearly bad. However, the over 100-year-old company has gone through big transitions before, like the introduction of mainframes, the switch from vacuum tubes to transistors, and shifting toward services under CEO Lou Gerstner. And, despite the revenue shortfalls, IBM is still wildly profitable. For example, in the second quarter it earned $2.97 a share, beating expectations. More importantly, the company’s free cash flow easily covers its dividend payments. 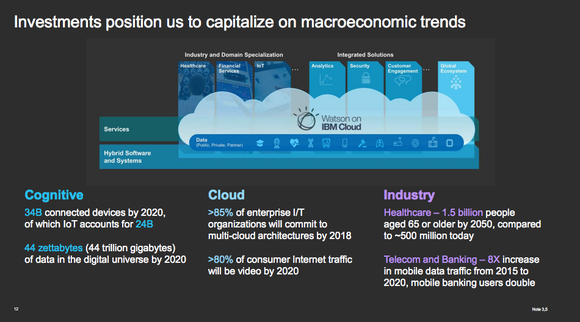 The debt picture, meanwhile, is also quite positive if you break down the numbers a little bit. Looked at as a whole, long-term debt makes up a worrying two-thirds (or so) of the capital structure. But about 80% of the long-term debt on the balance sheet was tied to IBM’s financing business, which supports the company’s sales. Take that out and IBM’s long-term debt makes up a much more reasonable 30% of the capital structure. Meanwhile, the current ratio, a measure of how easily a company can pay its near-term bills, is a healthy 1.25. So the business transition is going slowly, but IBM is in solid financial shape and still has plenty of leeway to do what needs to be done.

What dividend investors get, meanwhile, is a stock that’s out of favor. That’s pushed the yield to an eye-catching 4.2% backed by a 22-year history of annual dividend hikes. And lest you think IBM is losing its edge, the tech giant has won more patents than any other company for 24 consecutive years. In 2016 it had 45% more patents than its next closest peer, Samsung. I think the recent price drop is an opportunity for those willing to take on a little more risk.

A shift in your view

If you are in your 60s and looking for great stocks to support you through retirement, then you should definitely be looking at midstream giant Enterprise and utility giant Duke. Both have desirable yields, long histories of annual disbursement hikes, and stable businesses built on recurring income. For those willing to step out on the risk spectrum a little, tech giant IBM is worth a deeper look. Its business transition is moving slowly, but the company is in solid financial shape and remains as innovative as ever. Today’s high yield won’t last if it manages to prove that it can, indeed, change with the times just like it has many times before.

Newly released! 10 stocks we like better than IBM
On September 1, investing geniuses David and Tom Gardner revealed what they believe are the ten best stocks for investors to buy right now… and IBM wasn’t one of them! That’s right — they think these 10 stocks are even better buys.

And when the Gardner brothers have a stock tip, it can pay to listen. After all, the newsletter they have run for over a decade, Motley Fool Stock Advisor, has tripled the market.*