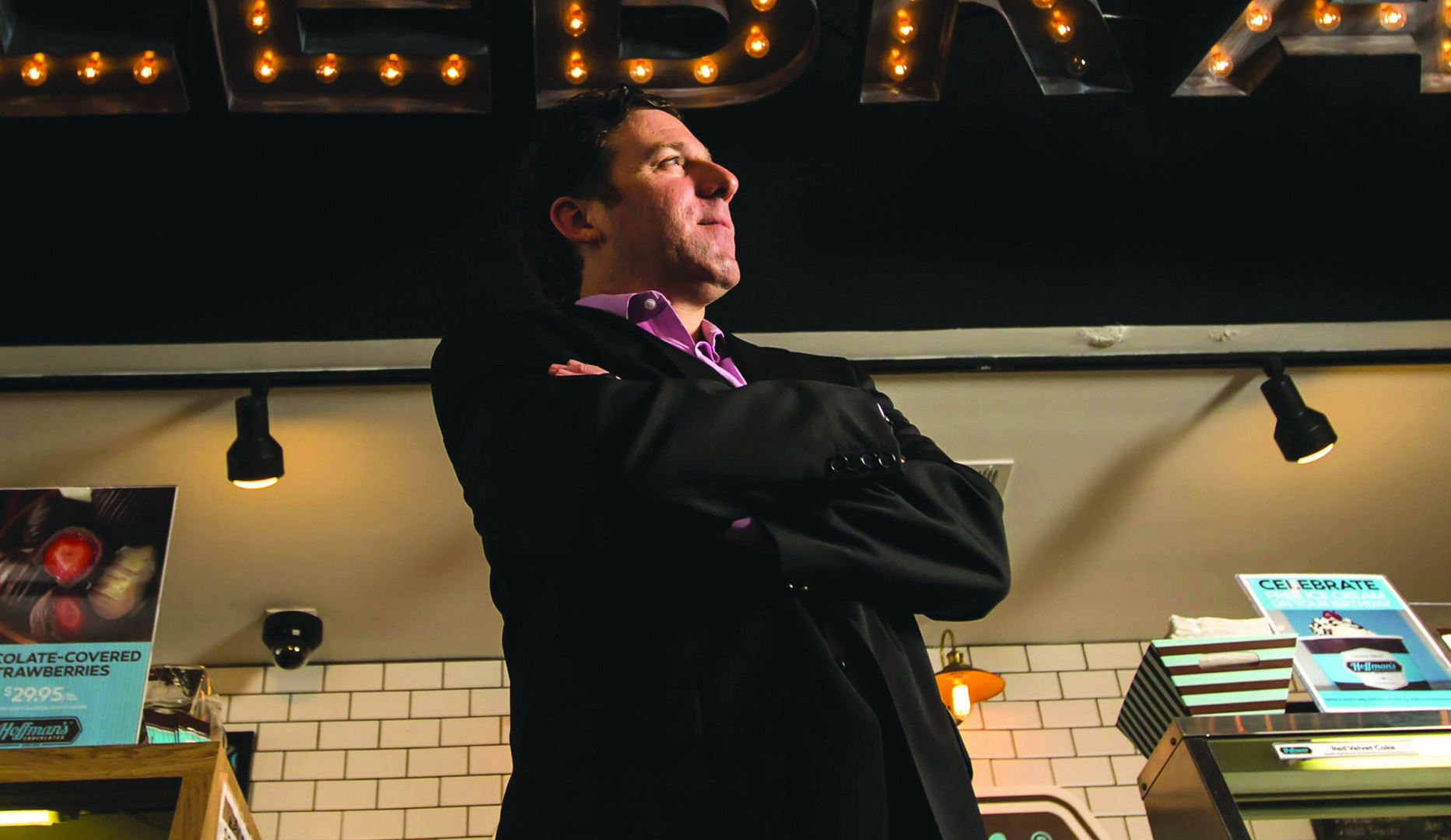 Jarett Levan’s love of chocolate has turned into a sizable business. The president and acting CEO and chairman of BBX Capital has been busy creating BBX Sweet Holdings, which has eight candy companies nationally. Locally, there’s been a rapid expansion of Hoffman’s Chocolates, a 12-year customer at BankAtlantic, where Levan was previously president.

Levan is a self-admitted chocoholic whose first job was buying candy for 5 cents at the store and selling it at school and a park for 25 cents. In 2012, he started thinking about life after banking since he knew BankAtlantic would be sold. He and his father, Alan, who was chairman and CEO, knew they wanted to operate some businesses in South Florida. (Alan has temporarily stepped down at BBX as the result of a legal case with the SEC that is on appeal.)

A few months after the sale of the bank July 2012, Levan had lunch with Hoffman’s President Fred Meltzer and asked him to sell. It took a few months of trying to convince him and more months of negotiating, but the deal closed nine months later.

With just four stores and $4.5 million in revenue, Hoffman’s was the smallest brand BBX had acquired. Levan expects to have 12 stores by the end of this year and 30 in five years.

Sweet Holdings has gone on to acquire eight candy companies in total, two more in Florida, four in California and one in Utah.

BBX has also invested in the sales force and can cross-sell the eight different brands. Retailers that sell the products now include Costco, Sam’s Club, Dollar Tree, Family Dollar, Tuesday Morning, HomeGoods, Bloomingdale’s, Williams-Sonoma and Bed, Bath and Beyond.

“We meet with a buyer that is looking for solutions for their candy aisle; we can provide solutions to them that these companies couldn’t independently do before,” Levan says. “We will meet with a Sam’s Club buyer and say, ‘What do you need? Candy canes for Christmas, a non-chocolate item for summer?’”

There’s also some cross-pollination of products. For example, Hoffman’s will be adding a candy apple with a recipe developed by Helen Grace, a high-end chocolate purveyor with a store in Orange County, California.

The candy market is growing at a 3 to 5 percent rate a year with some categories, such as natural and organic, growing faster than others, Levan says. Droga’s Money On Honey, for example, is doing well since it is a honey-based caramel with sea salt. The natural trend is good for Hoffman’s Coconut Cashew Crunch and Anastasia’s Coconut Patties, produced by an Orlando-based company.

Sweet Holdings lost $2.9 million in the third quarter, after making $1.4 million in the year-ago period. According to the quarterly reports, the reasons include expenses for consolidation, store expansions and bringing in more talent to fuel future growth. Levan says losses will likely continue in the short term as the company positions itself for long-term growth. He also says he is looking to add more candy and confection companies nationally to Sweet Holdings, “as long as they are good companies with growth opportunities.”

Here are the other major operations of BBX Capital besides Sweet Holdings:

Led by President Seth Wise, the operation manages about $284 million in assets in a broad array of commercial and residential sectors. The portfolio consists primarily of BankAtlantic legacy loan and foreclosed real estate obtained when the bank was sold to BB&T. See a 2015 profile of BBX’s real estate operations at SFBWmag.com.

Bluegreen Corporation, a leading timeshare, sales and resort management company based in Boca Raton that has about 6,000 employees. Bluegreen has alliances to broaden the reach of where customers can stay. About half the revenue is now fee for service for other resort companies.