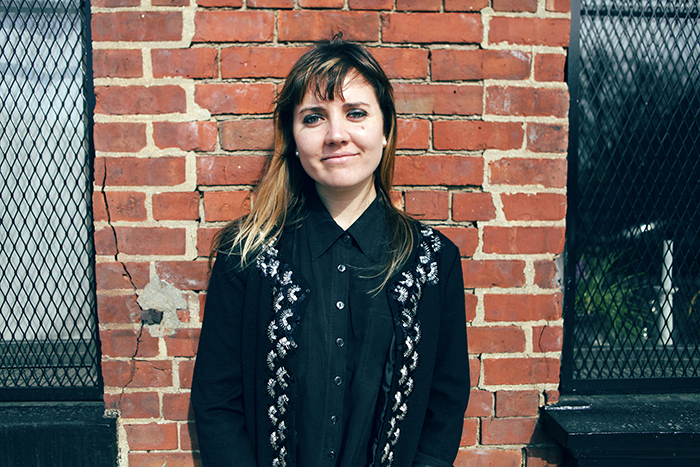 Crowdfunding is one of the hottest words in finance these days – unfortunately Florida risks turning into a laggard.

A panel on crowdfunding drew, well, a crowd at the eMerge Americas conference earlier this year and South Florida has a vibrant crowdfunding scene.

Unfortunately, the Legislature failed to get an enabling bill out of committee. About a dozen other states have now beat Florida to the punch. Blame has been at the feet of the Florida Office of Financial Regulation, which wants to wait for rules from the Federal Securities and Exchange Commission. The SEC has been slow to issue rules that would open up mass public participation in the type of equity and finance investments that have only been open to accredited investors.

The state crowdfunding legislation would allow a non-accredited investor to loan up to $2,000 in an individual company and get a 6 to 9 percent interest payment, says Dave Mildenberger, CEO of Miami’s Funding Wonder. Mildenberger is also president of the Florida Crowd Financing Association, which backs state legislation. These types of investments could be economically important to a region like South Florida that is dominated by small businesses.

Joanna Schwartz, CEO of Miami’s Earlyshares.com, already offers accredited investors a chance to buy equity stakes and is considering broadening that to the public in general, depending on what the SEC does. “Crowdfunding is profoundly and democratically disruptive. It gives people a chance to put their money where their heart is,” she said at eMerge Americas.

The $2 billion sale of Oculus, which makes virtual reality goggles, to Facebook was a watershed moment when it disappointed supporters. The 9,500 people who contributed $2.24 million to Oculus on Kickstarter were disappointed that they didn’t get a share of the $2 billion – because they didn’t have an equity stake, Schwartz said. “They realized the company was based on their backs and support.” EarlyShares offers accredited investors not only equity stakes in companies, but opportunities to invest in real estate and investment funds.

Crowdfunding isn’t as easy as just putting a listing on a website, though, says Vann Alexandra Daly, who has earned the nickname “The Crowd Sorceress.” The Miami native said months of pre-production marketing work is needed. She played a key role in rocker Neil Young’s campaign to raise money for Pono Music, which will offer a portable player with audio file quality that rivals original studio recordings rather than the watered down versions found in MP3 files.

The Kickstarter campaign sought to raise $800,000, but ended up getting $6.22 million in pledges from 18,220 investors. Young spent years building support for his concept and got a wave of attention when his campaign became the third-most successful on Kickstarter.

“A lot of people do fundraising not just for the money but the validation. You get supporters,” Daly says.

The downside of crowdfunding

Alan McGlade, the other cofounder of Funding Wonder, talked about what could go wrong with crowdfunding.

“The one thing you worry about is kicking off a campaign to raise money and it’s not a big success and you feel it puts a black mark on your company,” he said. “If you are going to raise money through crowdfunding, you are not a disinterested party.  … You have to really drive the process, just like you were meeting with VCs and angel investors.”

He says some key questions are: Is my branding correct? Is my pitch good? Are we on the right platform? Are we using all the social media tools and friends and family?

“If you don’t win it, you might feel a loss of momentum and people might think there is something wrong with the company,” he says.

His co-founder Mildenberger opened the Miami, New York and San Francisco offices for CF Partners of Germany. The investment banking and M&A company mainly does international deals in the range of $20 million to $300 million. CF has a 30 million Euro fund in Germany for startups and four years ago began looking at crowdfunding, Mildenberger says. The $600 billion funding market for small business is 20 times the size of the venture capital market.

Funding Wonder, which is in a pre-launch stage, wants to have an online portal where small businesses can be matched with investors who can spread their risk over multiple borrowers.

“Our business model includes about 80 percent of the loans backed by assets. It’s the equipment that the air conditioning guy buys. It’s the car that a transportation company needs,” he says.

A similar model in the United Kingdom has loaned about $250 million and the default rate is 1.4 percent, Mildenberger says. He expects no more than 3 percent with the fund here.

Credit scores go from A to C, but his research indicates the people with the lowest credit rating have the lowest default rate, Mildenberger says. “They have a hard time getting financing anywhere so when they get it they are really focused on paying it back.”

Mildernberger says he and other portal operators would have to be fingerprinted and businesses would have to meet certain funding guidelines. While the SEC is worried about crowdfunding turning into the Wild, Wild West, every click on the funding portals, including email and correspondence will be tracked. Mildenberger thinks con artists would rather keep flying under the radar. ?

Equity based: You get an ownership stake. Entrepreneurs may have minimum and maximum investments.

Royalty: Backers get a percentage of revenue from the product, such as an app.

Lending based: You make a loan and get repaid over time. It’s also known as peer-to-peer lending.

Reward based:You typically get a reward, such as a finished copy of the finished work. Sometimes there are tiers of rewards based on how much you contribute.

Donation-based: You contribute to a charitable cause and feel good.

The Jobs Act of 2012 had three major provisions that make it easier to raise money:

Relaxes rules on broader solicitation or advertising of securities. However, the offerings are still only supposed to be for accredited investors, who typically have more than $1 million in assets, excluding their home, or $200,000 or more in annual income. Forbes estimates accredited investors are only 1 percent of the population.

Status: Rules are in effect.

This loosens the rules for offerings under $1 million done via a broker or online funding portal. Rules based on investors” net worth and income are designed to limit risk:

Status: Rules have not been finalized.

These rules would make it easier for companies to raise up to $50 million over 12 months with an easier SEC registration. Investors could invest 10 percent of their income or net worth, which ever is greater. There will be ongoing reporting requirement to the SEC, but it could be waived if there is a low number of investors.

Status: Rules have not been finalized.

Kickstarter supports creative endeavors, which have to hit their goal in pledges from backers or they don’t get any money. More than 5 million people have pledge over $1 billion for more than 60,000 projects.

Offers either a flexible or fixed funding campaign. If you reach your goal under either approach, you are charged a 4 percent fee (3 percent for verified non-profits). If you don’t reach your goal, a flexible funding campaign allows you to keep the money, but Indiegogo charges a 9 percent fee. If a fixed campaign falls short, all the money is returned to investors and Indiegogo doesn’t charge a fee.

There are also processing fees of 3 to 5 percent depending on the payment options to the fundraiser. Indiegogo says it has hosted over 200,000 campaigns from 224 countries and territories around the world since launching in 2008.

Miami-based company, which started in 2011, allows accredited investors to find, fund, and become owners in private companies, real estate projects, and investment funds. EarlyShares conducts due diligence and reports it is working on more than a dozen active campaigns. EarlyShares is considering non-accredited crowdfunding.

Carbon by Energy Bionic (Kickstarter): West Palm Beach company was successfully funded by 380 backers who pledged $42,481, surpassing the goal of $15,000. Carbon is a wrist watch with a large face that also collects solar energy. It can then be used to recharge smart phones – giving about a three hour boost. A $95 pledge got backers a watch.

Thrust – Live Well for Better Sex Health (Indiegogo): Miami company  raised $30,044 of its $250,000 goal. (Thrust’s website says it has raised $500,000 from funding sources in general.) Thrust has a wellness system designed to help you get fit, stay healthy and achieve better sex. For $15 on Indiegogo, users were getting access to six workouts, a recipe book and fact guide. More expensive tiers were offering training gear. Website: Thrust180.com