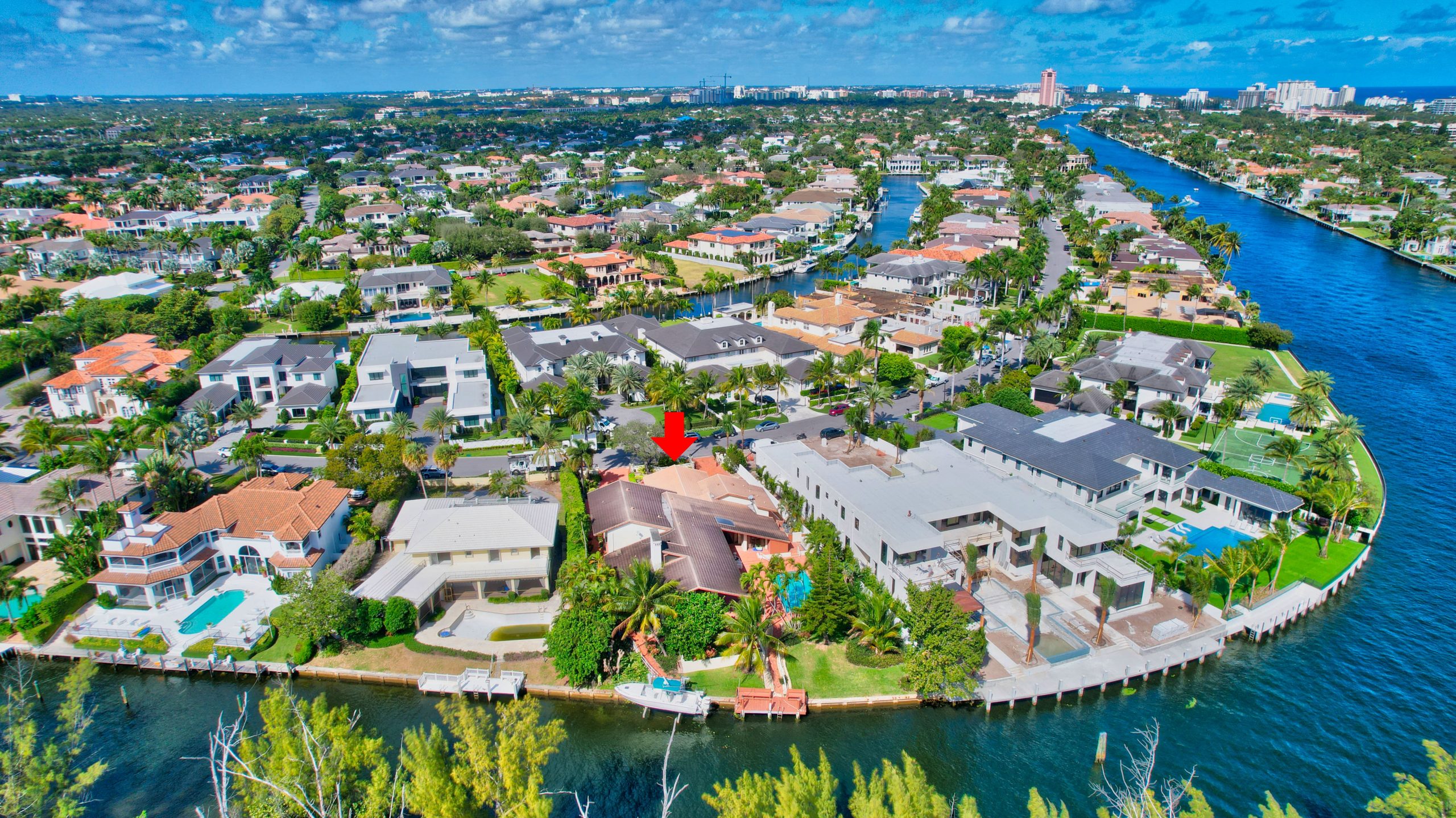 David Wolofsky of The Keyes Company closed the deal

A $10.5 million lot sale in the prestigious Royal Palm Yacht & Country Club in Boca Raton set the record for the largest lot purchase in the area. David Wolofsky, a realtor in The Keyes Company’s Boca Raton office, served as listing agent in the transaction, which closed last month. Royal Palm Properties Owner David Roberts represented the undisclosed buyer and the Morris Robinson Trust was the seller.

The half-acre waterfront lot at 360 E. Alexander Palm Rd. comes with a private dock, boat lift, and views of the Capone Island Boca Raton Preserve and is a short distance from the Intracoastal and minutes from the inlet.

An existing five-bedroom, six-bathroom, 7,800-square-foot home on the lot initially constructed in 1971 is being torn down and replaced with a modern new build. With residential land at a premium, the Royal Palm Yacht & Country Club has seen a transition as the teardown/new build process has become increasingly popular within the community. The club, which opened in 1956, is coveted by high-end buyers for its location close to the Intracoastal Waterway and immediate access to the Boca Raton Inlet.

The adjacent lot at 378 E. Alexander Palm Rd. was acquired for $7.5 million last year. The builder tore down the structure and replaced it with a new home listed for $29.5 million.

“Royal Palm Yacht & Country Club has been Boca Raton’s premier boating community for over 60 years,” Wolofsky says. “In addition to its proximity to The Boca Raton (formally Boca Resort and Beach Club), the location is very desireable because so many area attractions and points of interest are in close reach. It is exciting to be a part of this record sale and the future modernization of the community, as it speaks volumes to the growing luxury market in Boca.”

Wolofsky has been a realtor for more than 12 years and previously spent 10 years practicing law as a real estate attorney. He is a licensed contractor and a principal in both residential and commercial real estate development projects in South Florida.

“David Wolofsky consistently leverages his unique understanding of real estate, law, development and construction to produce incredible results,” Mike Pappas says, CEO of The Keyes Company. “This milestone lot sale at Royal Palm Yacht & Country Club is another example of his impressive luxury sales output. We look forward to continuing to support his efforts with our firm’s unparalleled tools, technology and marketing.”