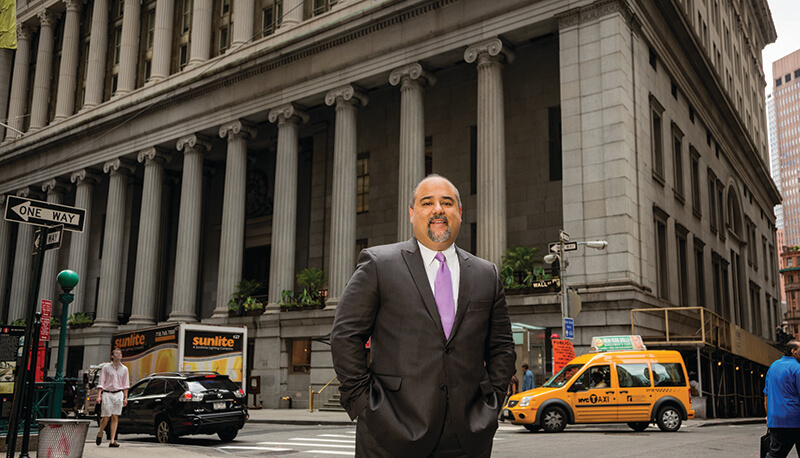 M&A wave in banking isn’t over

“I think, trendwise, we are still seeing a lot of mergers and acquisitions. I think it’s going to continue with large national institutions across the country trying to set up shop in South Florida or trying to have a larger space and still acquiring community banks,” says Gonzalez, the certified public accountant and managing principal who also leads MBAF’s audit practices, its Securities and Exchange Commission practice, and its Miami headquarters office.

IberiaBank cutting deals to buy Gibraltar Private Bank & Trust and Sabadell United were examples of the merger wave in 2017. In December, City National announced it was buying Total Bank.

Gonzalez has insight into the market because MBAF is the largest South Florida-based CPA firm and has a large swath of clients in financial services, including community banks, international banks, broker-dealers, mortgage bankers, investment managers and mutual funds.

Banks are attracted to South Florida by the large amount of middle-market business customers, who often are served by community banks, Gonzalez says.

He also represents some foreign entities interested in buying South Florida banks. “There are offers that have been made with situations potentially for sale, but nothing has really closed recently,” he says. Some potential sellers worry that it could take too long to get approval to sell to a foreign buyer.

South Florida agency banks are showing signs of recovery from the Great Recession, which had a decimation among Spanish cajas (government-owned savings banks) that had offices in South Florida.

“Now, finally, we are starting to see potential openings of future agencies,” Gonzalez says. Some of the Spanish banks are reopening, and there is talk that Mexican banks might open here.

Community banks are still struggling with regulatory issues, such as those created by the Dodd-Frank Act.

“It’s hard for smaller institutions to be profitable because of all the regulatory costs they are incurring,” Gonzalez says. “For survival purpose, it’s either being acquired or merging between like-sized banks to create larger institutions where you are going to have economies of scale and handle regulatory issues.”

Cryptocurrencies, such as bitcoin, could create new challenges for banks when it comes to regulatory issues.

The Financial Crimes Enforcement Network was initially slow to regulate cryptocurrencies, but that changed last summer, a blog on MBAF’s website says. A bevy of federal agencies issued a $110 million civil penalty against bitcoin exchange BTC-e, which was charged with facilitating significant criminal activity.

The European Union’s anti-money laundering and counterterrorism financing regulations might be getting an update, which could spread to the United States. MBAF says. U.S. bank secrecy act officers need to start becoming experts in bitcoin. ↵