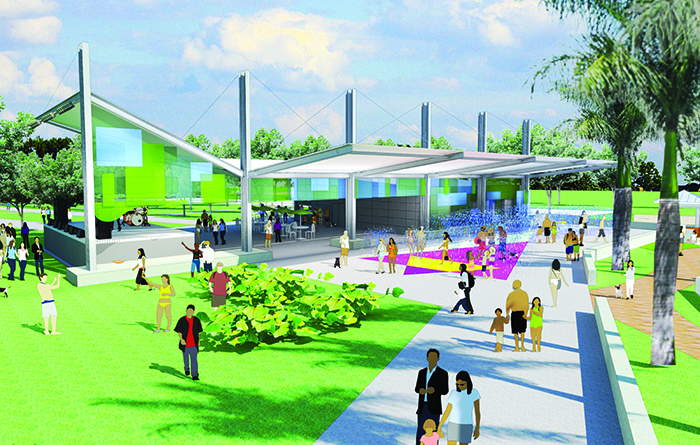 For nearly a decade, yacht captains and crew have read about one boating company’s big plans for the area north of the Port of Palm Beach, a place where the world’s largest yachts would someday be able to come for service and dockage.

And although contracts have been signed and equipment is starting to move, some changes are still a long ways away.

In the meantime, another boating company has quietly pieced together property, opened service facilities, built a school and partnered with the government to take a huge step toward that “someday.”

This is the story of two companies working to change the face of Riviera Beach, a sleepy and troubled city north of West Palm Beach, about 60 miles north of Fort Lauderdale. Property owned by Rybovich and Viking Yachts – and deep-water access to them – is key to giving South Florida’s yachting industry what it needs: some growing room.

Rybovich first announced plans to change back in 2006. Its current facility in West Palm Beach is the one many captains already know: 52 wet slips for yachts up to 120 meters in length, seven dry slips for those up to 59 meters, a dry dock and trade shops. The crews know the cafe, pool and clubhouse near the docks.

But according to Carlos Vidueira, vice president of Rybovich, the company also owns property in Riviera Beach that is more than three times the size of its West Palm Beach operation. The company’s shipyard facilities eventually will relocate, leaving room for condominiums and restaurant and retail space at the West Palm Beach location. The marina will remain available to megayachts.

“These companies service Viking yachts and can also do work for other fine boat builders,” says Kim Lukich, who manages Florida human resources for Viking Yachts. “The destination will bring us more business and allow us to expand as a facility, build more and hire crew at more jobs. I’m excited.”

Perhaps more importantly, Viking Yachts” real estate division, Viking Developers, has acquired about 13 acres in the area, which is about 50 percent of the city’s waterfront revitalization project. Viking was named a private industry partner in the $375 million project. Ground was broken a year ago.

The first phase of the revitalization is currently under way and includes a waterfront restaurant row, a new events center, a public promenade and beach and an underground utilities infrastructure.

“Today, all the boats have electronics and captains,” says Bob Healey Sr., founder and chairman of Viking Group. But the surrounding area from which to draw labor is poor, not giving nearby kids much access to yachting’s good jobs.

“The answer to poverty is economics, education and training,” he says. “If you can do that, you have accomplished a mission.”

To give boats access to these changes in Riviera Beach, the U.S. Army Corps of Engineers approved the dredging of 3,555 linear feet of the Intracoastal Waterway from north of the deep-water basin of the Port of Palm Beach to just south of the Blue Heron Boulevard Bridge. The Florida Inland Navigation District has been contracted to a width of 125 feet and depth of 15 feet at mean low tide. The project has been permitted and should be started by the end of the year.

“Dredging from the port is very positive as the demand for larger boats continues to grow. We are now building a 92-foot convertible sportfish, which is the largest vessel in our yacht line,” Viking’s Alten says. “Furthermore, Rybovich will be able to develop its megayacht business at its Riviera Beach yard; it will help both of us. We are making a maritime hub for megayachts and all sizes of boats. In five years, this area will be completely reinvigorated.”

This article is reprinted with the permission of The Triton, a monthly newspaper for yacht captains and their crews. Dorie Cox is the newspaper’s associate editor. Visit the-triton.com for more information.?

The waterfront area in Riviera Beach is getting a $375 million makeover in a public-private partnership. The project should have major economic benefits for the city and the region’s marine industry.

The Riviera Beach Community Redevelopment Agency (CRA) is in the middle of a $39 million construction. This phase includes site clearing and infrastructure improvements, construction of a new Marina Event Center and a reimagined Bicentennial Park. The Marina Event Center will house a cafe and a two-story restaurant, plus a large ballroom and smaller meeting rooms with space for everything from large weddings and group business meetings to smaller spaces for community groups and clubs. Completion of this phase is expected around the beginning of 2016.

The CRA is currently looking for tenants for the restaurant and cafe spaces and is taking reservations for meetings at the Event Center. Bicentennial Park will include a stage, an interactive water playground and a pavilion with concessions.

Viking Yachts is currently planning the second phase, which will include more restaurant spaces, retail shops and a parking garage with offices and additional retail. Long-term plans include residential and hotel units, an education component and other options. This private phase is estimated at $336 million over the course of several years.

The group has multiple operating companies and development arms, some of which have varying ownership.

VYC employs nearly 1,000 people and has sales approaching $170 million. Its manufacturing facilities and headquarters are in New Gretna, New Jersey, on the Bass River, but the company sells 50 percent of its yachts in Florida. VYC has 141 employees in Riviera Beach at two major service facilities, Atlantic Marine Electronics and Palm Beach Towers, which constructs tuna towers for yachts.

VSC has the sole distribution rights for Princess Yachts built in Plymouth, England. Princess is a member of the M�et Hennessy Louis Vuitton luxury group. Yachts range from 39 to 132 feet and are priced from $800,000 to over $20 million. VSC’s Palm Beach Tenders has the sole distribution rights for a patented yacht tender (ranging 10.5 to 16 feet) that is designed and built in North and South America.

The LLC develops and rehabs apartment complexes. It has developed two Florida service centers and has developed and managed a strip mall and a large industrial park. It is the master developer with the Riviera Beach CRA for the $375 million mixed-use project in the Marina District.

VIBG manages and invests all the funds for all of the Viking entities, as well as family members, and has approximately $200 million under management.

The academy is a non-tuition charter high school founded and funded by the Viking Yacht Company by a series of grants totaling in excess of $5 million. It has a campus of temporary buildings at 251 W. 11th St. in Riviera Beach.