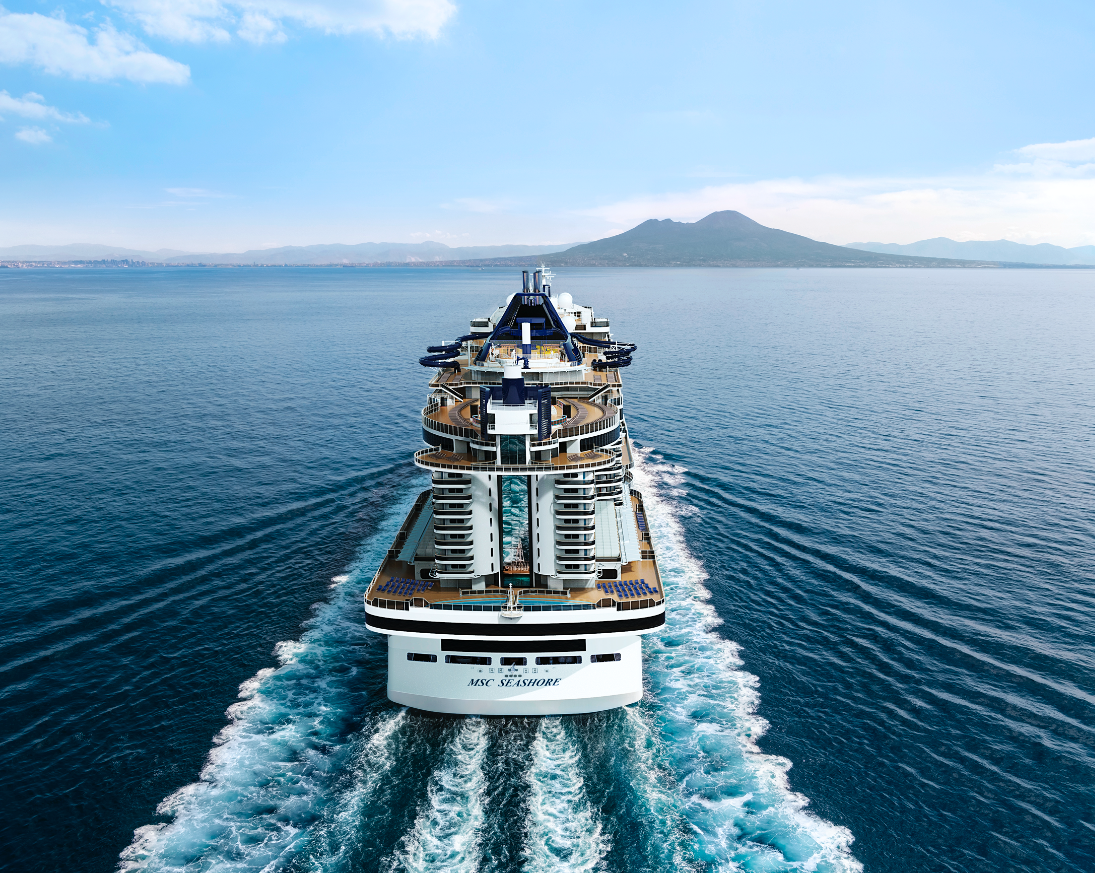 MSC Cruises announced details of the new ship today, which the company says builds on “the game-changing and pioneering design of the Seaside class of ships.”

“As the world’s third largest cruise brand, MSC Cruises continues to expand in the U.S., bringing its newest, most innovative ships to the market – as we’re doing with MSC Seashore, arriving to Miami exactly nine months from today,” said Rubén Rodríguez, president of MSC Cruises USA, in a release. “This new ship is the first of its kind — an enhanced and enlarged version of the extremely popular MSC Seaside — and we couldn’t be more excited to introduce our U.S. guests to this new cruising experience. Featuring generous outdoor spaces, new and redesigned venues and our largest MSC Yacht Club to date, MSC Seashore is already driving significant demand. And, we expect to see even more pick up in the coming weeks as even more guests start to plan their 2021 holiday and 2022 vacations.”

The 1,112-foot Seashore will become MSC’s new flagship and its longest ship. It will also become the “largest ship ever to be built in Italy by Fincantieri.” It will also be the world’s first cruise ship with an air sanitation system from Fincantieri, which uses UV-C lamp technology to eliminate 99% of viruses and bacteria.

Seashore will enter service in August to spend its inaugural season in the Mediterranean where guests will board at ports in Italy, France and Spain. In November, MSC will head to its home port of Miami and begin seven-night Eastern and Western Caribbean and Bahamas itineraries. On these trips, guests will enjoy stops at Ocean Cay MSC Marine Reserve, MSC Cruises’ new private island in The Bahamas.

Until then, MSC Cruises is enjoying its popularity in other ways. The company has been nominated in four categories of the USA Today 10 Best Reader’s Choice Awards, including Best New Cruise Ship, Best Ocean Cruise Line, Best Large Cruise Ship and Best Cruise Ship for Families. Voting runs through March 1.