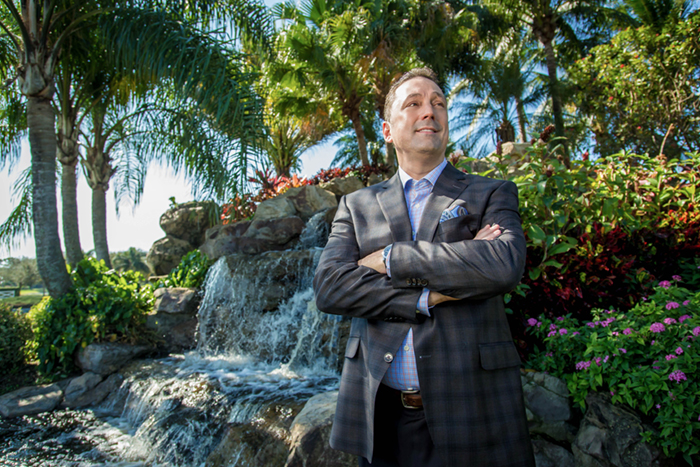 Not Your Grandfather’s Club

When Brett Morris was hired as general manager and chief operating officer at the Polo Club of Boca Raton as 2012, he recognized major changes in philosophy and leadership were needed—immediately.

He noticed a plethora of problems needing to be fixed. “There were governance issues, employee morale issues, financial and sales issues, and member morale issues,” he says.

The country club industry in South Florida is highly competitive, says Morris, with every club trying to become more desirable and attract more members. He says there are 45 clubs in Palm Beach County alone employing 10,000 people, representing 70,000 residents and 36,000 households.

“We’re all trying to make ourselves the club of choice,” he says. “It’s all amenity-driven. You want to make sure the member experience is the best for the customers.”

From the time Morris came to the Polo Club, it has invested more than $25 million in renovations, including its 145,000-square-foot clubhouse with five different dining venues, two 18-hole championship golf courses, clay tennis courts, a family-resort pool complex and children’s activity center, as well as a 35,000-square-foot spa and fitness center.

And the feedback has been positive, says the 49-year-old Morris, a New Jersey native and a 1988 graduate of the Culinary Institute of America in New Hyde Park, New York. “I’m extremely happy,” he says. “In 2012, I think it had an identity crisis. Home sales were not what we wanted them to be. We need home sales, to continue with the capital improvements.”

Morris says members were looking for a plan that would make the club an extension of their homes. They obviously shared his plans and vision. He proudly says the renovation projects not only were completed a year early, but under budget as well.

He’s pleased with the Polo Club’s new direction under his leadership.

“It’s about being able to redirect an organization and put it back on the map as one of the premier clubs in South Florida,” he says, “and also to create a culture where the member and guest experience comes first. We’re also building a first-class management team.”

Chris Tompkins, director of the Polo Club’s new-member sales and marketing, was hired by Morris five years ago. He notices the difference.

“It’s no longer a country club,” he says. “It’s now a true destination lifestyle resort. He [Morris] focused on a member-centric environment. It’s a world-class resort. It would rival any resort hotel.”

Morris says the club is “like a cruise ship that never leaves port.”

Adds Tompkins: “I sell it as a landlocked cruise ship. I sell the dream, and he delivers.”

Tompkins says there are 1,709 homes in the club, and about 3,500 members. “Brett’s job is to keep them happy, engaged and smiling,” he says. “We have 24 communities ranging from condos to estates. If you like the lifestyle, we’ll find you the home.”

Morris says there’s a changing demographic in today’s country club market, and he’s appealing to this change. “We’re trying to get the club younger,” he says. “The average home buyer is 63. Our sweet spot is for ages 55 to 60.”

This trend toward younger buyers is not unique to South Florida. Morris says the same changing demographics holds true in Chicago, New York, Boston and Canada. As a result, country clubs are broadening their appeal to young families with children by adding amenities for kids as well as their parents.

“Our goal is to keep the club sustainable,” he says. “Golf is declining. That used to be the No. 1 activity. We’re creating a lifestyle for people. You have to be creative. You have to make things fresh.

“When I came, all the restaurants had the same [employee] uniform. We rebranded the restaurants and gave each its own identity. We have five restaurants from casual poolside to high-end seafood. For kids, we have a whole plethora of activities—a teen center, summer camps, holiday and spring camps, a tennis club and even a fishing club.”

Before his arrival at the Polo Club, he says the governing board used to micromanage. Then things changed. “They let me run the operation,” he says. “We’re a club, but we’re also a $50 million business. If the club fails, home values go down.”

Morris, a Palm Beach Gardens resident, emphasizes his top priority is giving people the best experience possible. Tompkins wants residents to see the club and its amenities as an extension of their homes.

Of course, once in a while, things might happen that are not up to par.

“If you have a bad experience, we want to know about it,” Morris says. “I want to know what people are saying. Some feedback is good; some not so good. You have to address it head on. You need to overcome the challenges. It’s all about soliciting feedback.”

After graduating from culinary school, he got a job as a sous chef at a French restaurant in New York. He went on to become an executive sous chef in a restaurant at New York’s Rockefeller Center—“where the ice skating is,” he says. He later became an executive chef at a country club in Greenwich, Connecticut.

He decided he wanted to move to Florida while doing an externship at Disney World while in culinary school.

“I always had a dream to live and work in Florida,” he says. Before arriving at the Polo Club, he was general manager and chief operating officer at a country club on Long Island’s North Shore.

And where does he see his career 10 years in the future? “I want to keep on building on my successes here at the club,” he says. “I just want to keep making this community the best I can.”

Plus, he wants to give back to the business he loves.

“I like mentoring future leaders in the business,” he says. “I’m doing all I can to help grow the industry.” ↵