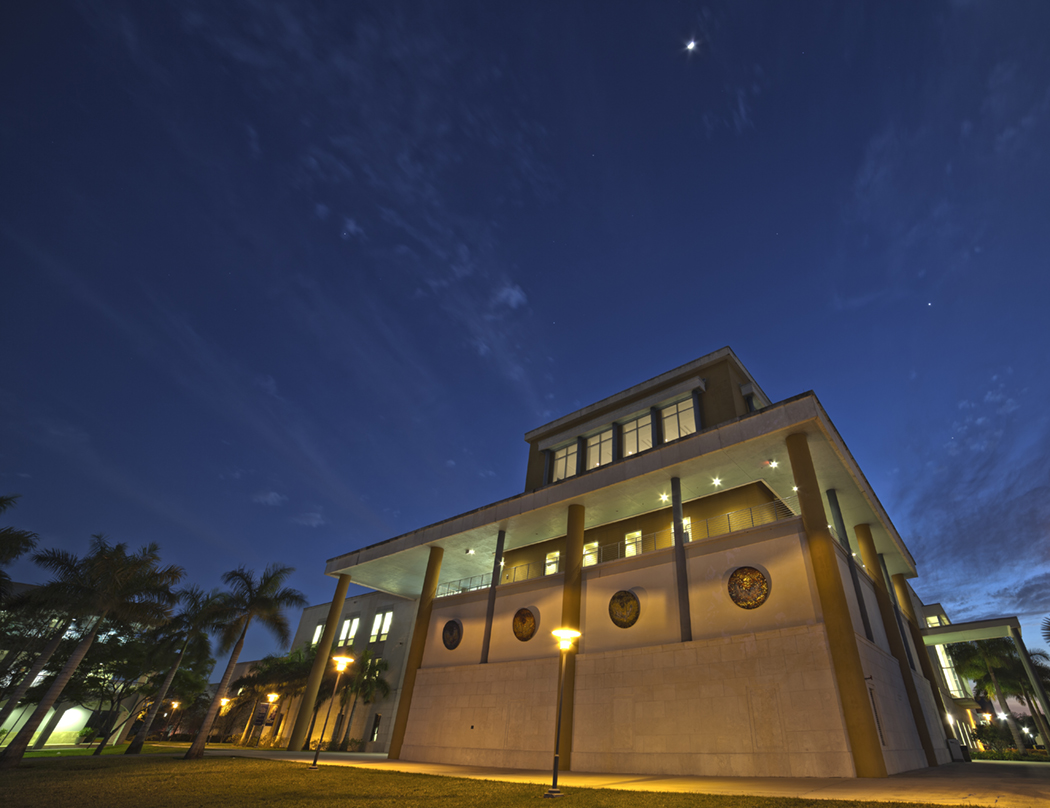 Many students and graduates of South Florida’s two part-time law degree programs agree on one thing: They couldn’t have afforded to study law otherwise.

Nova Southeastern University’s Shepard Broad College of Law and the Florida International University College of Law are the only two South Florida law schools offering part-time programs. They are tied at No. 52 on U.S. News and World Report’s list of the best part-time law programs.

NSU law school dean and professor Jon Garon says the school’s part-time students come in with more life experience. “They can make a professional choice when it’s right for them in their career,” he says. “A lot of our students will stay in their careers the first year or two of law school. Then they will start taking legal internships. They’re very focused on what they’ve done with their lives, and they apply that to their schooling.”

Garon says career goals run the gamut among part-time students. “We’ve seen an increase in the percentage of students who stay with what they’ve been doing, but want to enhance it with a law degree, especially in health care.”

NSU admits 40 to 60 applicants into its part-time program each fall semester, Garon says. The majority take evening classes. “A number of electives are online; a number are hybrid, a combination of online and face-to-face,” Garon says.

NSU’s program has two major areas of concentration: health law and international law. “It’s a globalized approach to problem solving,” Garon says. The international concentration focuses on areas such as corporate trade and human rights. NSU is part of the International Consortium Program, a partnership among 20 law schools globally.

A third area is NSU’s Global Law Leadership Initiative, focusing on the business end of being an attorney. “There are only one or two programs of that kind in the country,” Garon says.

In the most recent bar exam, NSU students came in second out of all the law schools in the state, he says. Tuition for the program is $28,465 a year.

Law enforcement officer Taren Castro is entering her fourth and final year at NSU’s part-time program. She isn’t sure whether she wants to continue with government work or pursue private practice, although for now she’s focused on taking and passing her bar exam. “In reality, I’ll have to see what job offers are available,” she says.

Ernesto Buitrago, a 2012 graduate of NSU’s part-time program, went on to open his own practice in Fort Lauderdale.

During his first two years in law school, Buitrago worked as an assistant for a worker’s compensation judge in Miami. During the latter half, he worked for several firms to help pay his way for his education.

FIU College of Law dean R. Alexander Acosta says 75 students currently are enrolled in the university’s part-time program, with 15 to 20 admitted each year. All courses are Monday through Thursday, from 7 to 10 p.m., with no daytime or online courses.

He says the quality of the program can be seen in how students perform. “You can look at the success of our students and the ranking of our law school,” he says. “Part-time students are incredibly successful and diligent, and when they enter the world as an attorney, they really succeed.”

FIU’s program emphasizes international law. “We integrate international law into every facet of the program,” Acosta says. “It really helps our students when they enter the working world. We think they need to be familiar with laws in other countries.”

Both full-time and part-time FIU law students have the same admission requirements. “Both our programs have the same standards,” Acosta says. The FIU law school four-year tuition is $60,000.

Robert Scavone Jr., an associate in the Miami office of Hunton & Williams, is a 2012 graduate of FIU’s part-time program. His practice focuses on complex commercial litigation.

While attending FIU by night, he was vice president of a commercial flooring contractor after earlier working as a law enforcement officer in Belle Glade. He first became interested in law while an evening undergraduate at Florida Atlantic University. He enjoyed a few courses in constitutional law, and a professor suggested he consider going into the field.

He’s grateful for the opportunity to take classes that worked with his schedule. “I couldn’t have afforded to stop working and go to school during the day,” he says.

Scavone describes his law school experience as challenging. “Law students in general have to be good in time management,” he says. “That happens to be especially true with part-time students. Time management becomes a big issue. It puts a strain on family relationships.”

Miami-Dade County Police Sgt. Aida Fina-Milan is a part-time student at FIU, benefitting from a county tuition reimbursement program. “I wouldn’t be able to stop working and go to school full time,” she says.

She plans to practice civil law, such as family law or estate planning, which fits in with her customer service background as a retail manager and a mortgage brokerage.