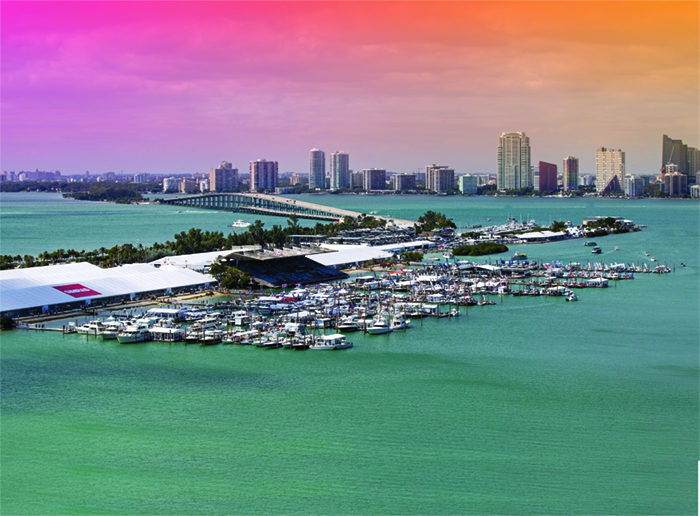 Organizers of the 2017 Miami International Boat Show do not expect the same growing pains visitors faced last year when the show’s main site moved from the Miami Beach Convention Center to its new location on Virginia Key.

Organizers also are adding more water taxis to make it easier to get around. Although the number of routes has been cut from last year’s seven to four this year, the number of vessels has increased from 17 to 25. The water taxis are free for those with tickets or exhibit badges.

A new catering company, Great Performances, will provide more food choices this year—150 items. “We want people to have a wide variety of choices,” he says. “There will be five main food areas. We don’t want more than five or six people in line at the same time.”

As for sanitation, organizers have doubled the number of bathroom trailers. “They’ll be better identified with big red balloons,” Wold says.

The Miami International Boat Show, now in its 76th year, will be split between two locations—Miami Marine Stadium Park and Basin on Virginia Key, and Miamarina at Bayside Marketplace. The Bayside location is home to Strictly Sail Miami, an event in conjunction with the boat show that will feature approximately 130 sailboats and the newest in sailing gear and daily seminars.

Organizers say a total of more than 1,300 new boats will be on exhibit, with more new models on display than in previous years. They expect more than 100,000 boating enthusiasts from around the world coming to see powerboats, sailboats, cruisers, yachts, navigational equipment and waterproof boating gear. ♦