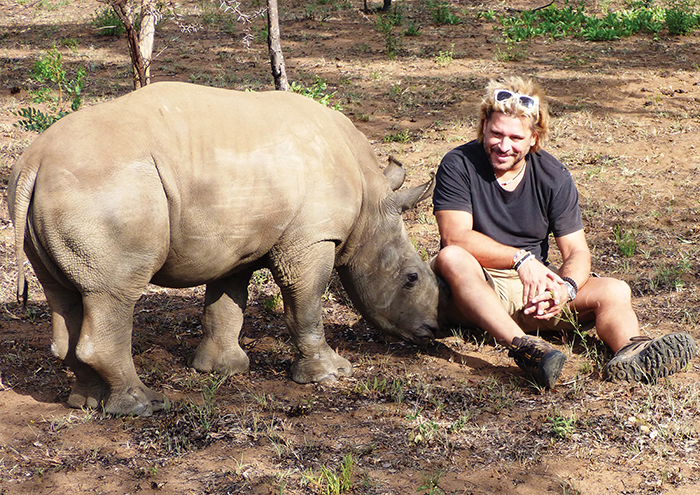 Tending to the Ecosystems

In a region with a growing number of incubators and accelerators, Thomas Buchar and Christopher Malter are promising a different twist on exit strategies. The co-founders of The South Florida Accelerator are partnering with local companies to amplify innovation efforts through an “off-ramp” model, which will reduce risk for investors and provide a ready exit strategy for entrepreneurs, Buchar says. Host.net is among the first companies to buy into the concept.

Malter, who is CEO of IMC, an investment management company, is a longtime leader in the region’s technology and entrepreneurship scene. He’s been involved in funding for Eyecast, a cloud-based video surveillance company; VCF, a cloud-based video resume company; aerospace company BRS; telecom provider OpitcalTel; FRI, a neurological medical devices company; and Foxconn’s North American operations, which have a location in western Broward. He also founded the Florida Venture Alliance in 2014 and the advisory group South Florida Technology Gateway in 2012. He served three years as chairman of the Florida Life Sciences Council, appointed in 2007 by former Gov. Charlie Crist. He became president of the Building Owners and Managers Association in 2013.

Buchar went to the University of Texas and worked as a defense department analyst before embarking on a broad range of international experience and entrepreneurial ventures, which he talked about during a meeting at Fort Lauderdale’s Sip Java. His first business venture was in 1991, selling satellite uplinks and downlinks. One of his clients was looking for cheap TV programming – after spending a lot of money on “Baywatch” – and asked Buchar for help.

Buchar started going to regional producers, including Bob Wexler, a tax partner at Kirkland & Ellis in Chicago, who had a production company he bought out of a bankruptcy that produced two shows for USA Networks: “Cinemattractions,” a movie countdown show; and “Rock Around the World.”

Buchar marked up the price Wexler gave him. He made $67,500 or so on a deal for a network in Turkey and thought there must be 50 companies in the world that wanted this content. “There were 1,000,” he says.

Buchar and Wexler went into business and syndicated programs in 60 countries under the name CGI Inc. They sold the assets and distribution network to Polygram in 1995 for tens of millions of dollars. Buchar made seven figures from the deal and Wexler made enough to retire to the south of France.

Buchar has been involved in a lot of different things since then – restaurant concepts, financial services, digital publishing and streaming video on demand (SVOD). Over the last seven years, his focus has been on microfinance and mobile and static payment gateways. He was also chairman and founder of POM Solutions, a mobile payments gateway that did business as Yezzi and was sold to a company in Mexico.

His London-based investment company is called Viator BGB (the acronym comes from his dogs, Bentley, Gala and Bice). He has a passion for wildlife conservation and his nonprofit Nembeza Wildlife Foundation is a major sponsor of The Rhino Orphanage of South Africa, among other endeavors.

Buchar ended up in Southwest Florida in 2015 for family reasons and a friend suggested he check out South Florida. He spent a lot of the spring and summer flying around the Caribbean, since he’s a pilot, and then got involved in Florida Atlantic University’s Tech Runway when he decided to get serious about becoming integrated in the startup community.

Buchar and Malter were introduced by Swindell and both serve on the alliance’s venture capital committee. “Christopher has primed this region for the last 20 years,” Buchar says.

Buchar says local companies have problems finding acquisitions in South Florida and getting talent to relocate. The dilemma was similar to what Austin had in the mid-1990s when he was recruiting for Dell.

“You aren’t going to be able to get people from Silicon Valley until you start creating wealth and experiencing liquidity events in the local technology ecosystem,” he says.

He started looking at some of the region’s anchor technologies, such as enterprise HR systems, communications platforms and software as a service (SaaS).

The South Florida Accelerator expects to start operations in July in Fort Lauderdale and then launch and collaborate with accelerator programs at FAU and Nova Southeastern University.

Buchar thinks the local investment community, universities and family offices all can be enlisted into the process. He also expects people he knows from Silicon Valley, New York, Chicago and Austin to get involved.

There’s an abundance of potential investors in South Florida and Buchar says he’s not afraid to guilt them into supporting local entrepreneurs as part of their civic duty. After all, he says, “There are only so many boats and cars you can buy.” ↵