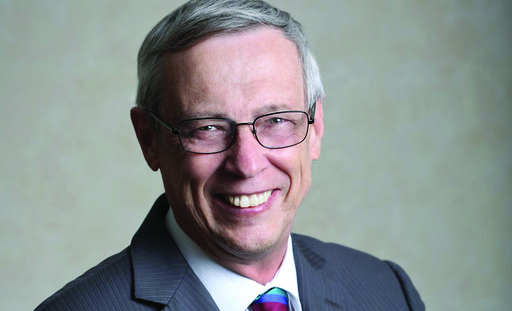 Not long after Akerman LLP, the state’s largest law firm, moved its Miami offices from the SunTrust International Center to the new, upscale Brickell City Centre, the firm announced a plan for a changing of the guard at the top.

Akerman grew by more than 200 lawyers to reach 640 during Smulian’s eight-year watch. It has 100 lawyers in New York and nearly 50 in Chicago, where it opened for business just two years ago. It has 24 U.S. offices and was 97th in The American Lawyer’s Am Law 100 last year, at nearly $340 million in revenue.

“Akerman’s success is defined by two key ingredients: we have nearly a century of stability as a law firm and we have a real agility that has propelled our firm into one of the most innovative law firms in the United States,” Smulian says. “Because of this agility, and our continuing investment into our R&D [research and development] activities, we are well positioned to address the challenges impacting our clients and our profession.”

Smulian acknowledged that the Latin American market, in which the firm has made a significant investment, is frequently disrupted by political and economic problems in nations such as Brazil, Mexico and Ecuador.

“Positive indicators are seen in Argentina, Colombia and Mexico; countries like Chile and Peru have remained steady; and ongoing changes in Brazil are also positive signs for investors,” he says.

The firm counsels clients in cross-border transactions within the energy, financial services, infrastructure and tourism sectors.

Akerman is strong in middle-market mergers and acquisitions and private-equity transactions, as well as legal matters across a range of disciplines in financial services and real estate in the United States and Latin America, he says.

Akerman’s fraud and recovery team quickly has become one of the largest in the United States, he says, adding that its trial team also has seen unprecedented growth, with nearly 50 litigators joining in recent weeks in Chicago, Dallas, Houston, Los Angeles, Miami and other markets.

That team was formed by Spector, who was chosen to succeed Smulian by the firm’s executive committee in early September.

Asked how he became positioned to lead the firm, Spector pointed to what he called an “entrepreneurial culture that provides compelling opportunities for our lawyers to elevate their performances. This opened the door for me to launch Akerman’s fraud and recovery practice group and take part in the firm’s national growth strategy and many client initiatives.”

Persistent complex fraud schemes against insurers, self-insured retailers and financial institutions are becoming increasingly sophisticated, he adds. “Companies increasingly want to be more proactive in rooting out false claims and recovering their financial losses,” he says.

The firm’s data law practice has added a “necessary dimension” to the efforts against fraud, he says. “We see data law as a vital practice, particularly as the volume and mobility of corporate data and threats of data breaches continues to increase.”

Prosecution of investor fraud and Ponzi schemes continues to rise, he says.

Both leaders see the new offices at Three Brickell City Centre as a catalyst for growing the firm and remaining competitive.

“We introduced a relatively new concept to Miami’s legal market by incorporating shared workspaces and equal-sized offices—trending among firms of size and distinction in financial gateway cities like London and New York,” Smulian says. “We turned concepts such as collaboration and transparency into convention, and created a working environment that is both forward-thinking and efficient.” ↵