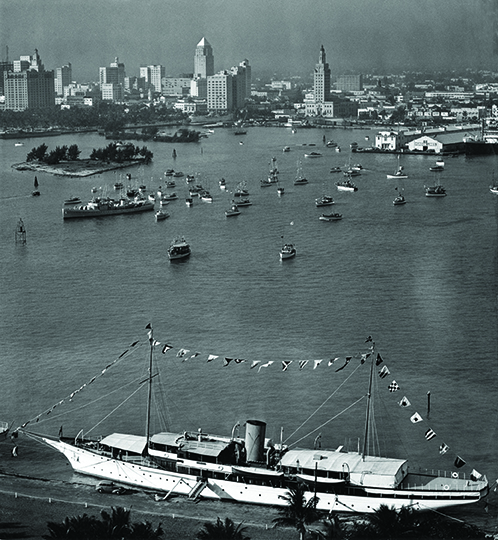 Everyone knows about the Met in New York City, but back in the mid-20th century, the word had a different meaning for South Florida anglers. For them, the Met was the Metropolitan Miami Fishing Tournament.

The tournament was put together by the Miami Rod and Reel Club back in 1936 and was the largest fishing tournament in South Florida.

With access to miles of salty and fresh waterways, including Biscayne Bay, the Gulf Stream, the Keys, numerous piers and year-round warm weather, it’s obvious why South Florida was – and still is – a world-renowned fishing destination.

In 2013, $5 billion in Florida was spent on the recreational fishing industry, which supported more than 80,200 jobs. And in 2011, Florida was named No. 1 nationally in saltwater anglers with 2.4 million.

The Met ran until 2008, but that didn’t keep the industry from growing. In the 2013-14 fiscal year, more than 1 million saltwater licenses were sold to residents and nonresidents.

To see a YouTube video of the tournament, visit goo.gl/opOZAx

Want to learn more about Miami’s nautical history? Visit historymiami.org/calendar to learn about tours of the Miami River and Biscayne Bay.