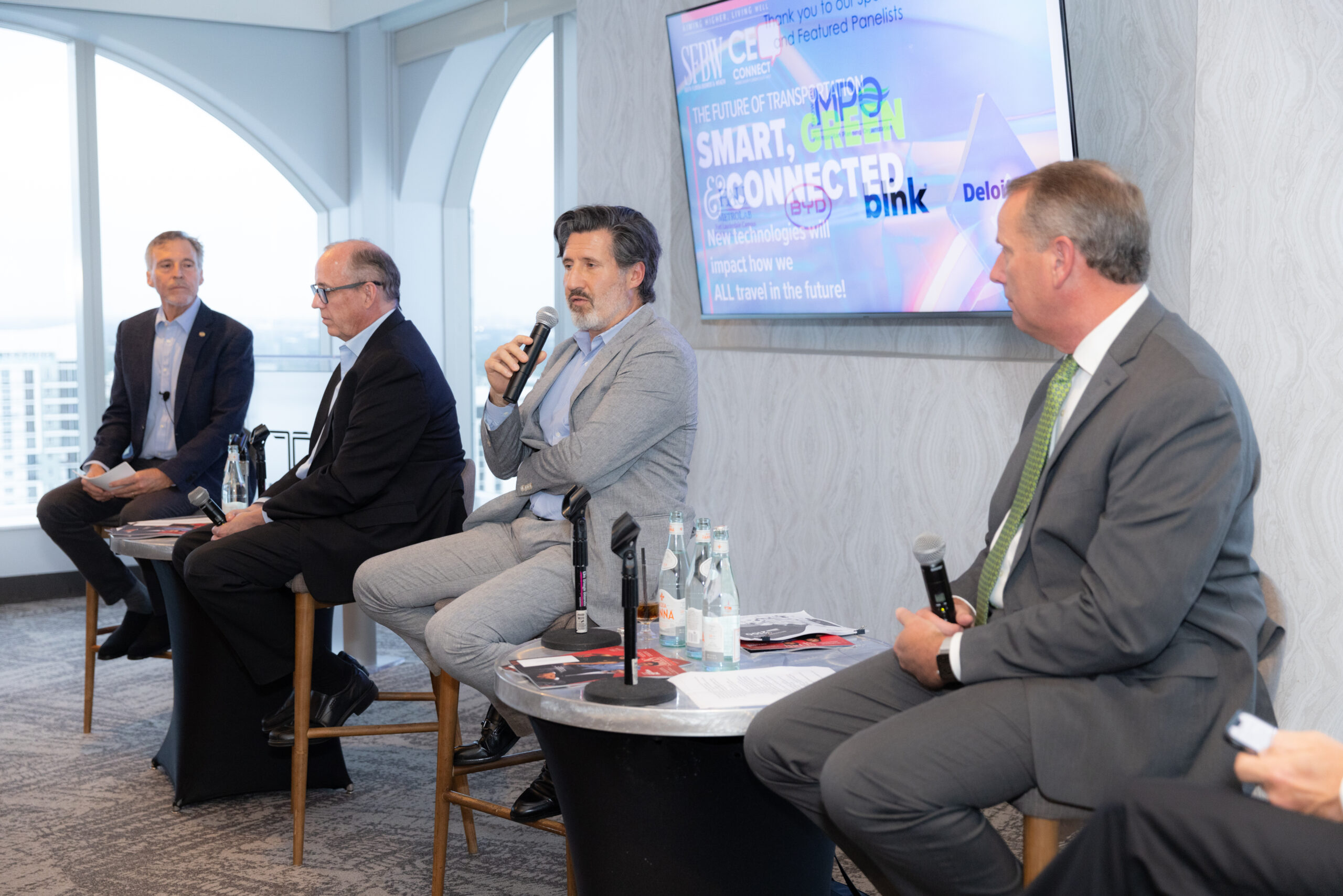 Anthony Abbate, director of Metro Lab at Florida Atlantic University, has been a friend and partner of South Florida Business & Wealth for years. During a period when in-person events were off the table at the height of the COVID-19 pandemic, he served as the anchor of a trio of digital panel discussions sponsored by the Broward Metropolitan Planning Organization, giving online viewers a chance to think about life beyond the pandemic. MPO’s Carol Henderson, deputy executive director, intergovernmental and outreach, was also responsible for making the series happen.

A second trio of discussions commenced in 2022, but only the last gathering—which brought together Abbate, his and Henderson’s handpicked panel of experts, MPO, SFBW and a rapt audience—was live and in-person. So, the event, which was held at the Tower Club in Fort Lauderdale—while high-minded and erudite—also exuded the warmth of a homecoming.

The panelists each lent a different perspective on the early successes and challenges of modern transport. Brendan Jones, president of Blink Charging, represented the end-user brand that was most familiar to those assembled. Blink even set up a model charging station for the purpose of inspiring discussion—and it worked. “[Jones] was very engaging and obviously knows his stuff, and I think the audience appreciated his candor—his sort of global view of things,” Abbate said. “As the leader of a Miami Beach-based business with a global reach, he has an understanding of so many aspects of a battery charging in the future, and I think he resonated with pretty much everybody.”

John Hatch, regional sales manager of BYD North America (the name stands for Build Your Dreams), brought to bear his company’s investment in green technologies across the board: Shenzhen-based BYD manufactures electric and hybrid cars and buses, as well as electric bicycles, solar panels and rechargeable batteries. Rob Cary, a transportation specialist in Deloitte’s infrastructure program, came armed with his civil engineering background and an extensive knowledge of the transportation ecosystem and the industry’s various innovations.

James Cromar, who also sat on the panel, has served as deputy executive director of MPO for 14 years. Broward MPO is responsible for transporting the county’s 1.8 million residents and more than 13 million annual visitors. Meanwhile, Henderson worked the room, connecting with colleagues and guests.

The evening’s topic: the future of transportation, and how the movement of people in an efficient, safe and environmentally-friendly way will transform our cities and our lives.

The evening was notable for its level of engagement. Once the question-and-answer portion began, with audience members drawn from a range of industries, it went on and on—with the questions increasingly specific, knowledgeable and granular.

“I was impressed with the of mix of people in the audience,” Abbate said afterward. “There were folks that represented sort of established organizations like Broward Workshop and Greater Fort Lauderdale Alliance, but then we had a lot of younger people in the audience—young entrepreneurs and business types who have recently moved here who have their own ideas about what they’d like to see. We discussed everything from living downtown to where we source raw materials for batteries. Some questions raised other questions—it was spontaneous.”