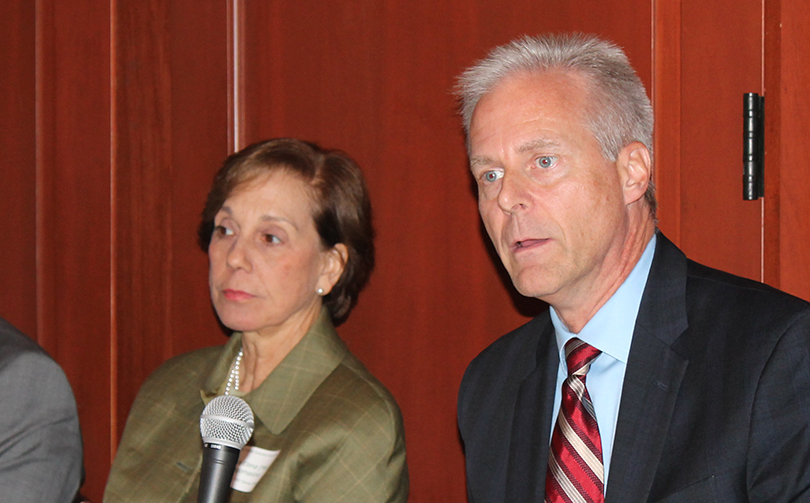 What’s Ahead in Cuba

Experts talk about the entrepreneurial trend and an evolving society

As Cuba seeks to open its economy further, one of the challenges it faces is changing the mindset of its people, says David Seleski. The president and CEO of Stonegate Bank has a lot of insight on the topic because his Pompano Beach-based bank is the first in the U.S. to re-establish a correspondent banking relationship with a Cuban bank. It recently announced the first MasterCard debit card from a U.S. bank that can be used in Cuba.

The Cuban populace has been risk averse in the past, Seleski says. “If you needed a box moved from here to there, they wouldn’t do it.” However, the government realizes the mindset needs to change and is encouraging Cubans not to be so risk averse.

Seleski was on a panel presented by the South Florida Executive Roundtable (https://goo.gl/7ADtXA) in Coral Gables. The roundtable is an invitation-only organization for C-level executives. SFBW is a media partner.

Also on the panel was Maria Elena “Mel” Lagomasino, CEO and managing partner of WE Family Offices. Lagomasino was born in Cuba and immigrated to the United States with her family when she was 11. She is on the board of the Walt Disney Company, the Coca-Cola Company, Avon Products and the Cuban Study Group, a nonpartisan, nonprofit group that seeks to provide leadership skills, problem solving and wealth creation for the people of Cuba. She has also worked with a foundation that has trained 8,000 micro-entrepreneurs in Cuba.

Lagomasino’s hope is that the creation of entrepreneurs will allow more Cubans to manage their own destiny and lessen dependence on the state for their livelihoods. The wave of entrepreneurs could also help fuel expectations for further change in Cuban society, just like in Eastern Europe and China, she says.

Seleski indicated he’s been impressed by the resourcefulness of some of the Cuban entrepreneurs. He talked about the founders of Fonoma, a company that allows people to recharge cellular telephone service in Cuba, such as for friends and family who live there. One founder studied computer codes without an Internet connection, while another studied computer science without a computer, he says.

If the embargo falls, Seleski says he has been told that Cuban programmers could be attractive to U.S. companies. “Obviously, you don’t have to pay them nearly as much as American programmers,” he says. “The comment was that they are better than Americans because they have less to work with and are more creative. The education system in Cuba is extremely good.”

A major challenge in Cuba is infrastructure. “Imagine if you left this building and no one touched it for 40 or 50 years, what it would look like,” Seleski says. If the embargo ends and the Cuban economy or investors start to provide funds for investing in infrastructure, Florida’s ports will benefit by shipping materials.

Lagomasino says the initiatives President Obama announced in December 2014 were a direct result of a white paper written by the Council of the Americas, on whose board she sits. She noted the advanced ages of Fidel Castro (89) and his brother Raul (84), saying the credibility of the regime will dissipate when they are no longer leading the nation.

“The younger people will really be trying to create a change for a better life,” she says. “The pressure has to come from below and it has to build inside. It has to be a free enterprise system.”