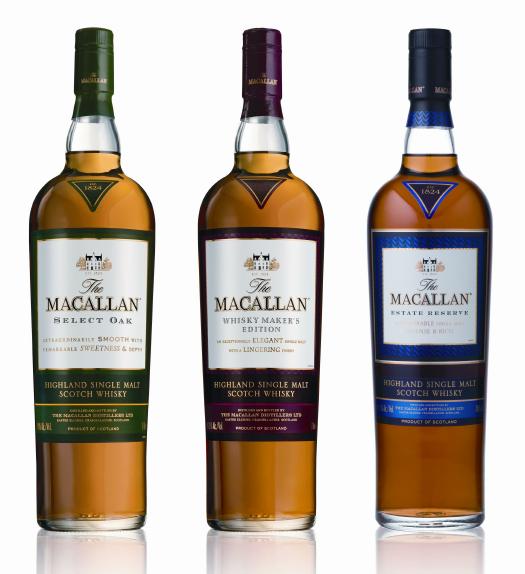 A night with a Macallan scotch expert

Seminole Casino Coconut Creek likes to play up the theme “Live the Good Life,” holding events such as the scotch tasting the presented at NYY Steak earlier this month.

I’m not much of a scotch guy, but my son-in-law is, and gratefully accepted my offer as a plus-one. The night was overseen by Mario Freixas, national brand ambassador for Macallan, and my having a connection to Macallan was less likely than hitting an inside straight.

But it turns out my son-in-law, also named Nick (he goes by Nick2 in our home) chose Macallan at the duty-free shop for his in-room beverage when he and my Diane honeymooned in Costa Rica last December. And, like in his selection of brides, he made an excellent choice, he said.

Scotch has a lot more variance than its fellow “whiskey” – bourbon – Nick2 explained and Freixas confirmed.

“There are a wide variety of profiles in scotch compared to bourbon,” Freixas said.

The way Freixas explains it, the quality of scotch depends greatly on the cask and the aging. Macallan, based in Moray, Scotland, makes its own cask from a bourbon barrel in the open market.

“We harvest the Oak Trees, cut them into staves, let them air dry for three years. The we forge a cask and season it with sherry for up to an additional three years,” Freixas told the crowd of about 50. “Then we fill it with new make (the raw liquid off the stills) and let it age for whatever the bottle says.

How to serve? Freixas said pour it neat or with a few drops of high-quality water.

We were seated in NYY Steak with four flights of scotch in front of us, aged 10, 12 and 15 years, and a Rare Cask, developed after the master whisky maker, Bob Dalgarno, handpicks from less than 1 percent of the thousands of casks maturing at the Macallan distillery. Some of our tablemates were also scotch devotees, others were more like me. (Seminole Casino Coconut Creek, naturally, took care of some of its big players.)

We alternated sips of scotch as each course arrived, talked about food, sports and casinos and I nudged my untouched serving of Rare Cask to my son-in-law, who appreciated it.

We also both appreciated the passion of Freixas, who explained a world I was not familiar with. For more on Macallan, email him at MarioFreixas@Edrington.com or go to TheMacallan.com.

Get daily gambling news at SouthFloridaGambling.com