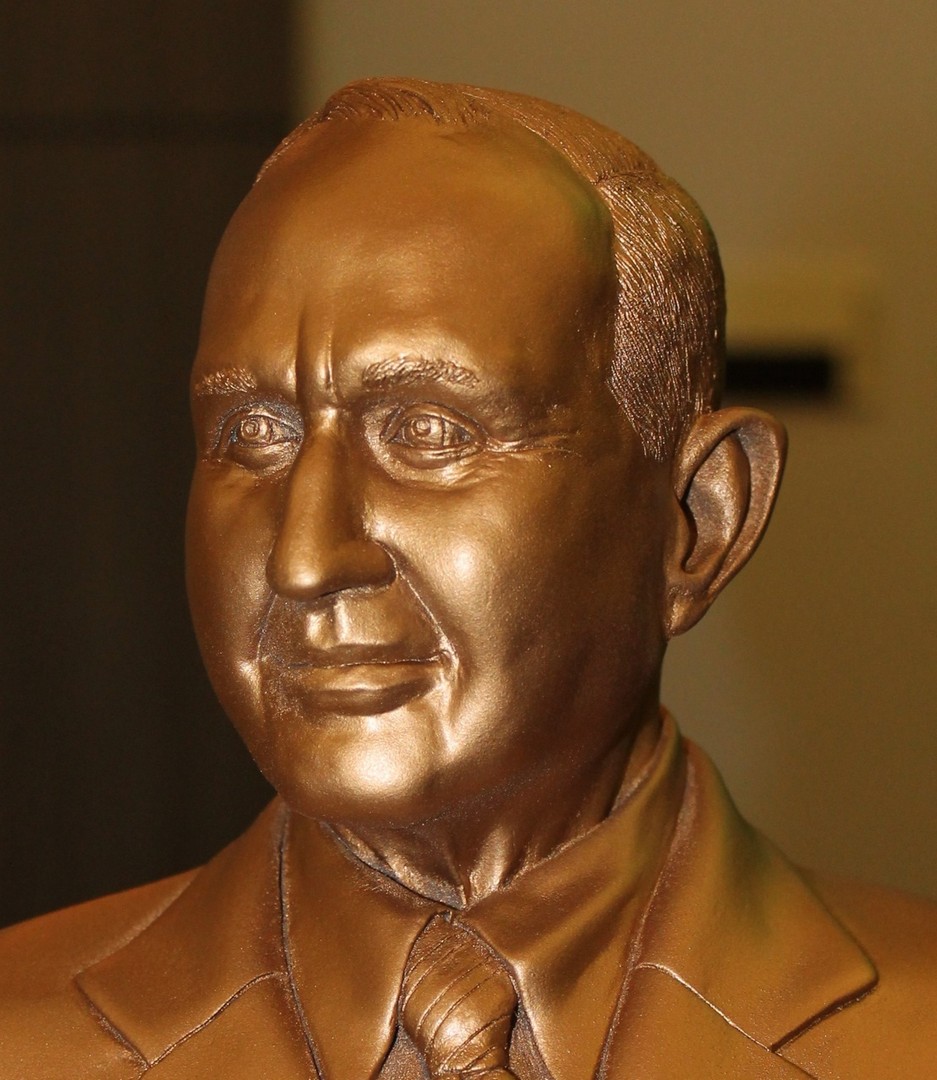 The program as part of the chamber’s trustee luncheon at Jungle Island was a great tribute to the late Chapman, who was publisher of The Miami Herald and chairman and CEO of Knight Ridder when it was one of the most prestigious newspaper companies in the nation.

Chapman had the right stuff as symbolized by his winning a Distinguished Flying Cross. He was able to keep his B-17 Flying Fortress bomber flying despite two of its engines going out during one of his 37 missions in World War II over Europe.

Chapman had 50 quarters of consecutive increase in profits at Knight Ridder, says Alberto Ibarg�en, who is a former Herald publisher and president of the John and James L. Knight Foundation. He built Knight Ridder and civic leadership with equaled tenacity, Ibarg�en adds.

�Nobody was more furious than Alvah was when Knight Ridder decided to move its headquarters from Miami to Silicon Valley,” Ibarg�en said at the luncheon.

Three years after the move, Ibarg�en showed Chapman a chart of the performance of Knight Ridder’s 31 newspapers. Chapman looked at San Jose at the bottom of the pile and Miami at the top and said, “I guess Miami is not such a bad market after all.”

Much earlier, in 1976, Champan and a group of other leaders met on the 38th floor of the One Biscayne Tower to discuss how development was at a standstill and more importantly, what to do about that. The upshot was the creation of the chamber’s New World Center committee to help explore ways to foster growth in the community. More than 100 members of the chamber are still active in the committee today.

Chapman was also a founder of the Non-Group of business and civic leaders. The group had an ability to get things done by framing economic development needs and often writing the big checks to back it up.

Diaz served not only served two terms as mayor, but was the leader of the U.S. Conference of Mayors in 2008. One of the ways Diaz tried to make a difference was by backing the Miami 21 concept to create a more coherent urban landscape.

Alonso is co-chair of the Flagler Street Taskforce of the Downtown Development Authority, president of the Dade Heritage Trust and a member of the Miami-Dade County Homeless Trust.

Alonso’s father, who has since died, helped create a taskforce in 2011 to improve the street. In January, work is expected to begin on a $13.7 million project that will reflect how Henry Flagler gave birth to modern Miami by bringing the railroad.

Railroad crossing style gates will block intersections for street fairs and rails will be used as borders.

Ibarg�en issued a call to action for civic leaders to find out more about the needs of the young residents in downtown Miami, who have an average age of 32 while the average in Brickell is 41. That’s something Chapman would have wanted.

Miami Dade College was honored for playing a key role in transforming downtown Miami since it opened the Wolfson Campus in 1970. The college provides a home to many key civic events and currently has a partnership with Goldman Sachs to launch 10,000 small businesses in the city.

The video of Chapman was a tribute to outstanding corporate and civic leadership. One might argue that his departure has left a void in the community that has yet to be fully filled.

Diaz gave a great quote attributed to Chapman that can still serve as a rallying point: “I have a simple philosophy. Of all the cities in America, one has to be the best one, has to make the most progress. One city has to show the way. Some city has to write the book on civic progress. Why couldn’t it be this greater Miami community? So here is my challenge to you: Let’s resolve to be the best, make the most progress and show the way.”