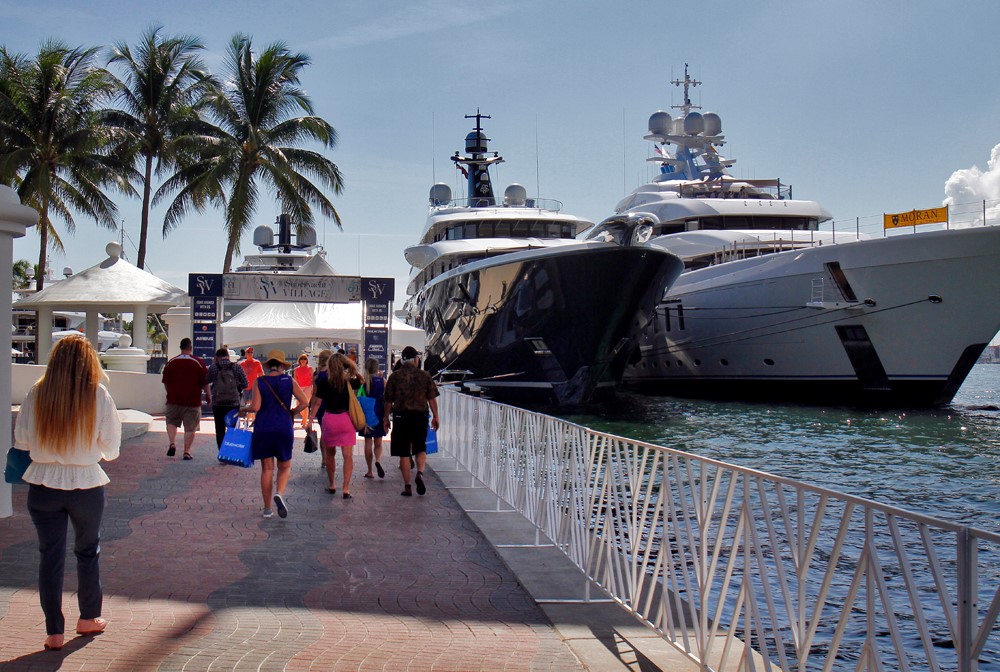 Marine enthusiasts and yachting fanatics will have no shortage of opportunities to gawk at the most extensive in-water presence of boats and aquatic exhibits during the 62nd annual Fort Lauderdale International Boat Show (FLIBS). Tickets officially went on sale today for the show at the... 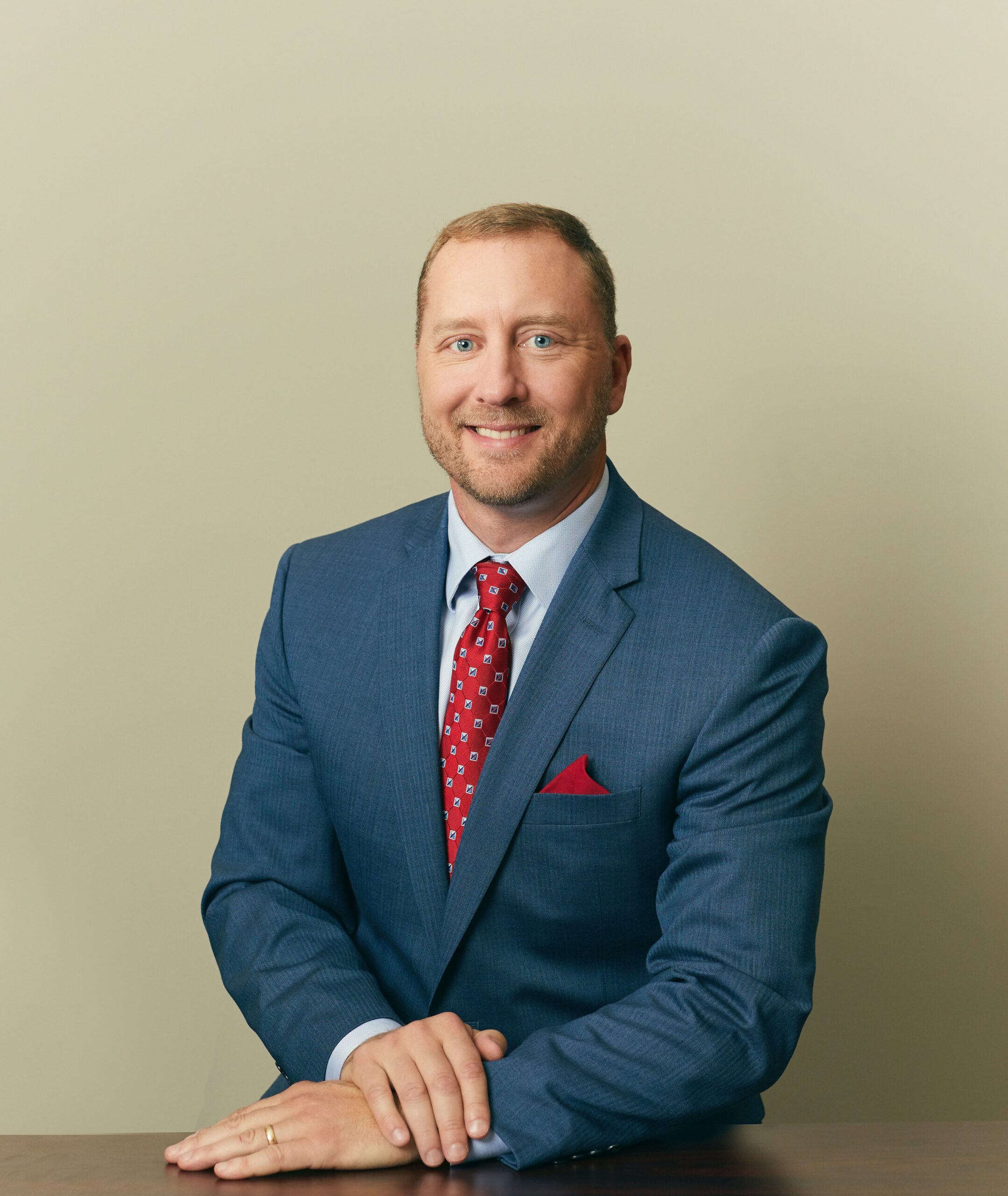 Posted at 15:49h in Banking/Financial Services/Insurance, Homepage Banner by Sean d'Oliveira 1 Comment
Share
Helping to guide the evolution of a community bank that began doing business from a converted mobile home in Conway, Arkansas, into a financial institution managing more than $17 billion of wealth across the southeast United States, David Druey knows first-hand how gaining financial insight and fostering community relationships can pave the way for prosperity. After a stint as a scuba diving instructor once he earned his bachelor’s degree in business administration from the University of Mississippi in 1994, an interest in the financial field beckoned. Wanting a more stable career path and not exactly sure which industry to explore, he found himself at Northwest Financial Corp. in Jackson, Mississippi, for a very simple reason. “They hired me,” he says. After his tenure in Mississippi, Druey began working as a loan officer in 1998 at Centennial Bank, where he watched the bricks being laid on the bank’s first branch and quickly climbed the corporate ladder to become its regional president based in Pompano Beach. Experiencing the transformation of a small community bank barely capable of lending $5 million, to an institution managing more than $17 billion in wealth, didn’t happen overnight—and neither does developing the relationships that made it possible. “Sometimes, you want to pinch yourself,” he says. “We were just going to be a small community bank in Conway, and we couldn’t even fathom or imagine having that in 1998.” Working for a community bank that was trying to establish itself while simultaneously growing in an unfamiliar industry didn’t afford Druey any room to make mistakes. During the initial stages of his banking career in Arkansas, he encountered what he calls his “career loan.” A local business was looking to construct a new facility, and Druey knew the owner and industry well. The loan was close to the bank’s legal lending limit at the time, so any slip-up could cost the bank its lending prowess. While the loan was risky if the borrower defaulted, Druey had a rapport with the executive, who assured him the construction loan could be repaid regardless of how the business performed. “It’s kind of like a black-swan event like COVID,” Druey says. “You would never underwrite to COVID, but then COVID happened. We built it and then this particular industry shut down for a period of time and I still remember them calling and saying, ‘Hey, we’re not opening.’ And then they said, ‘But just like you and I have already discussed, it’s OK because we’re going to still be able to make the payments and uphold our obligations.’ That was one of those a-ha moments of how important character is when you’re loaning somebody money.”
Read More 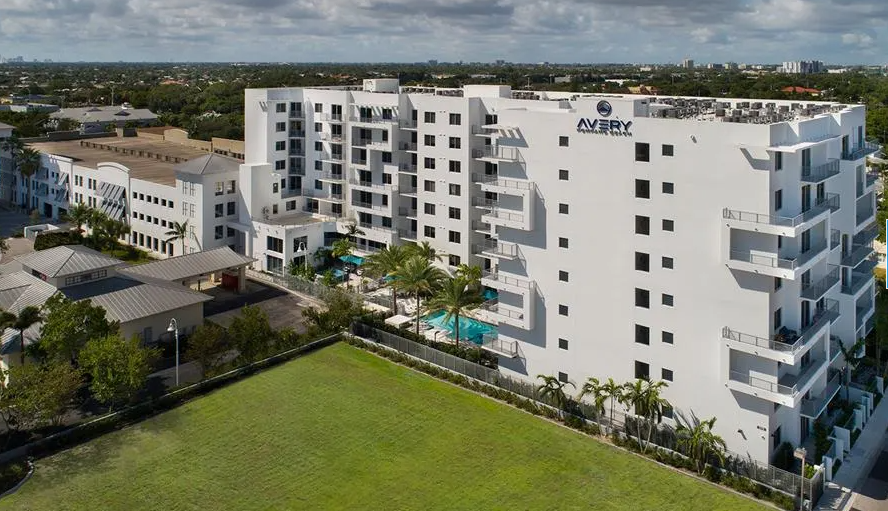 Apartment Lease-Up Experts recently announced that they brokered the $42.850,000 sale of The Meyers Group multifamily development, Avery Pompano Beach, to Canada-based Frankforter Group. Completed in 2019, the eight-story development with 144 luxury units is located at 275 North Federal Highway in Pompano Beach. Sasha Ezquerra and... 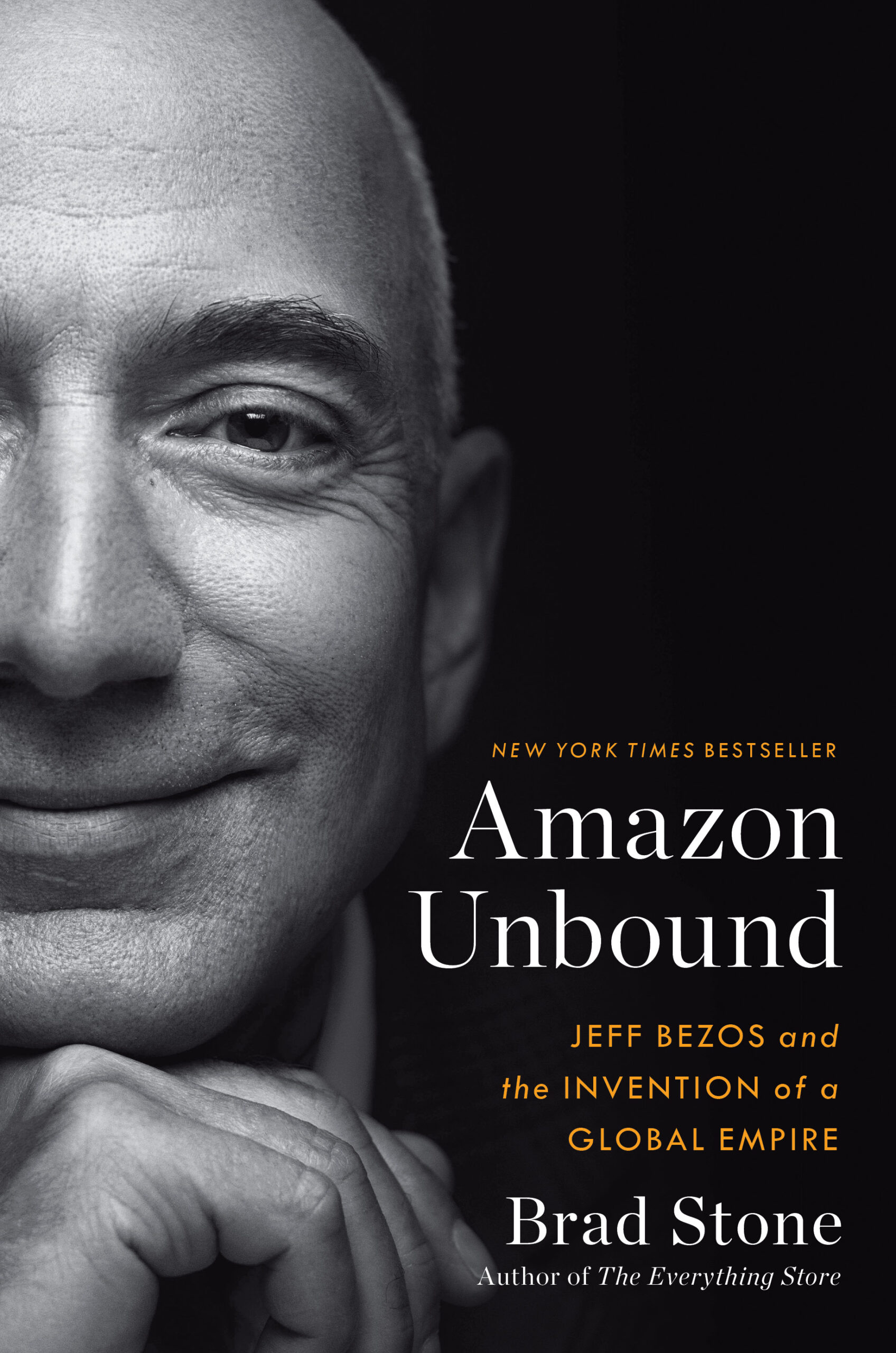 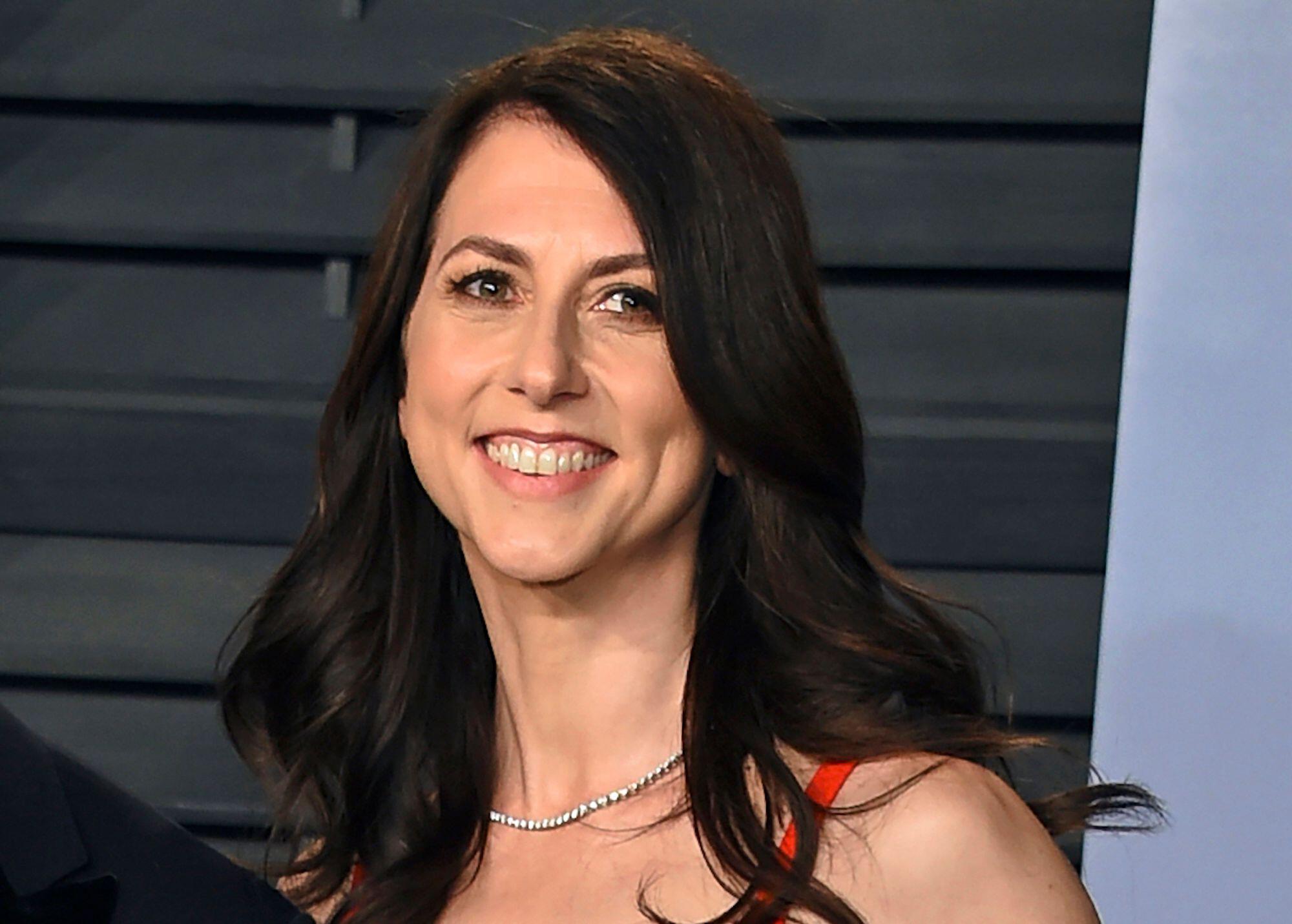 Posted at 21:47h in Education & Philanthropy by Drew Limsky 1 Comment
Share
HOW MANY MILLIONS? Two hundred eighty-six organizations and institutions are unlikely to forget the date of June 15, 2021. That’s when it was announced that MacKenzie Scott—the former wife of the world’s richest man, Amazon founder Jeff Bezos—had donated $2.73 billion to 286 entities. Finally, Florida International University president Mark Rosenberg and Broward College president Gregory Haile could exhale. They had known about the gifts to their respective schools for weeks but had been sworn to secrecy; FIU had received $40 million, while Broward College had scored $30 million. For Rosenberg, there was no advance warning. “I got an email on a Thursday afternoon from somebody I’d never heard of saying that the next day they wanted me to speak to somebody I’d never heard of,” he recalls. “I thought it was a phishing expedition—I thought what they wanted me to do was click on a url and spread a virus to the whole university.” But when the first email was followed by an email from a risk management firm, he began to think something legitimate—and big—was happening. Rosenberg was driving in Coral Gables when he finally got the call. The first questions were, “Can you keep a secret?” and “Can you maintain things in confidentiality at the university?” “It was such a weird set of questions,” Rosenberg says. “I said to her, ‘As long as it’s legal.’ Even now, the seasoned university president grows giddy at the memory. Nugget by nugget, more information emerged: that the university’s work with the low-income community had been noticed—and appreciated. And because of that, Rosenberg says, they wanted to give FIU money. And just as the caller told him the amount of the gift, Rosenberg’s phone cut out—right before the word “millions.”
Read More

A new online delivery service for groceries will provide more options for residents in the tri-county area looking for fresh, quality ingredients at their convenience. Farmstead is an online-based grocer offering free delivery and competitive prices, which was recently launched in the South Florida area. “We...

As inventory for real estate in South Florida continues to be scarce, any residences on the market tend not to last long and the Royal Palm Residence is furthering the trend. The luxury boutique residence in Boca Raton recently sold out 70% of its units...

Residents and businesses in Broward County hoping to implement energy-saving techniques into their properties recently received an easier path. The Solar United Neighbors (SUN) recently debuted the Broward County Solar, Storage and EV 2021 Co-op as a way to help people in the county utilize solar to reduce energy...

First American Bank, a privately held full-service community bank of over $5 billion, has announced the purchase of a new location in the Westchester community at 9696 SW 40th St. in Miami. The branch will be full-service and managed by Julio Valle (left), currently the...