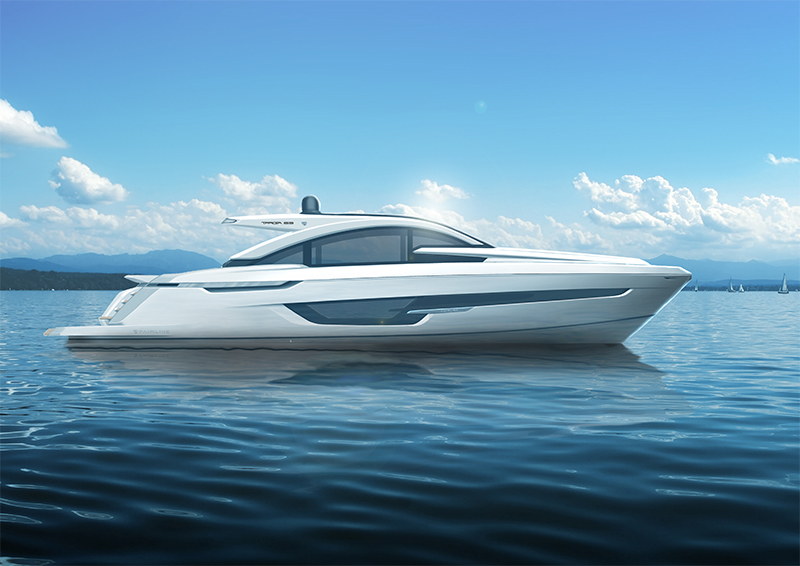 The association, which owns the show, recently moved its new headquarters to 221 SW Third Ave., in downtown Fort Lauderdale. “It’s right in the historic district, near the river, near City Hall and near the train tracks,” says Purcell, who has been CEO since 2014. “We bought the new facility for its strategic location to benefit the whole community.”

He says the marine industry employs 136,000 people in South Florida. “We pay 28-percent higher wages for blue-collar jobs,” he says. “We own the blue-collar job market.”

Purcell adds the Fort Lauderdale Boat Show alone has an $857 million impact on the economy. He says the show attracts 50 businesses from 50 different countries with more than $508 million in boat sales last year.

Bob Denison, a local yacht dealer, broker and president of Denison Yacht Sales, agrees. “More boats are a good thing for lots of people. Boats big and small spend 10 percent of their value every year on maintenance, dockage, fuel, supplies, groceries, etc. So a $2 million boat pumps $200,000 into local businesses every time it comes to town,” he says.

“Then the owners and employees of those businesses take the money they make and spend it at local daycares, restaurants, car repair shops, dentists, Realtors, etc. …. While a lot of people associate big, white yachts as just being a toy for the rich, the reality is these boats have a very direct connection to a lot of jobs in every port they travel.”

Luxury Law Group is one example of the rippling economic impact.

The firm recently opened Luxury Financial Group, a division to help high net worth clients manage the sale and acquisition of yachts. Its president, Noelle Norvell, previously was with MarineMax and First Union Bank.

Luxury Law Group, which focuses on yachts, aviation, real estate and fine antiquities, is led by Managing Partner Danielle Butler, who is a director and past chairwoman of the marine industries association.

Bob Roscioli, owner of Roscioli Yachting Center, agrees on the significance to the local economy. “The marine industry’s impact is huge,” he says. “It’s what really built the heart of Fort Lauderdale. People come here from all over the world. The boat show is the highest producing show. It’s bigger than the Super Bowl.”

Bob Swindell, CEO of the Greater Fort Lauderdale Alliance, says the local maritime industry attracts and employs the best- and most-skilled of those working on boats and yachts. “If you’re working on a yacht, you’re at the pinnacle of that industry,” he says. “If you’re hired to lay marble on a yacht, you have to be one of the best in the country. Owners expect the best.”

The local marine industry creates jobs in many ancillary industries as well. “There are florists that all they do is make floral arrangements for yachts,” Swindell says. “There are new sheets, towels and linen purveyors. Re-outfitting a yacht is huge, every time a yacht changes ownership.”

Bert Fowles, vice president of sales and marketing for IGY Marinas, says, “A boat is a living, breathing business. An average 180-foot vessel will put $4 million into the local economy. We [the marine industry] support 72 percent of those who have a mortgage.”

The local marine industry is crucial as well to other businesses not directly involved in nautical and seafaring activities. Jeremy Straub, CEO of financial planning firm Coastal Wealth, says his company chose to work inside the marine industry because of its economic impact. His firm also has been involved in sponsoring various charities and fishing tournaments.

“The boat show brings a lot of money to the area,” he says. “We spend a lot of time marketing there. People who work in the boating industry have their own unique needs. We work with companies and their employees financial planning.”

Plus, many of their own financial planners are boaters and fishermen themselves. “That’s a fun way to interact with clients.” ↵