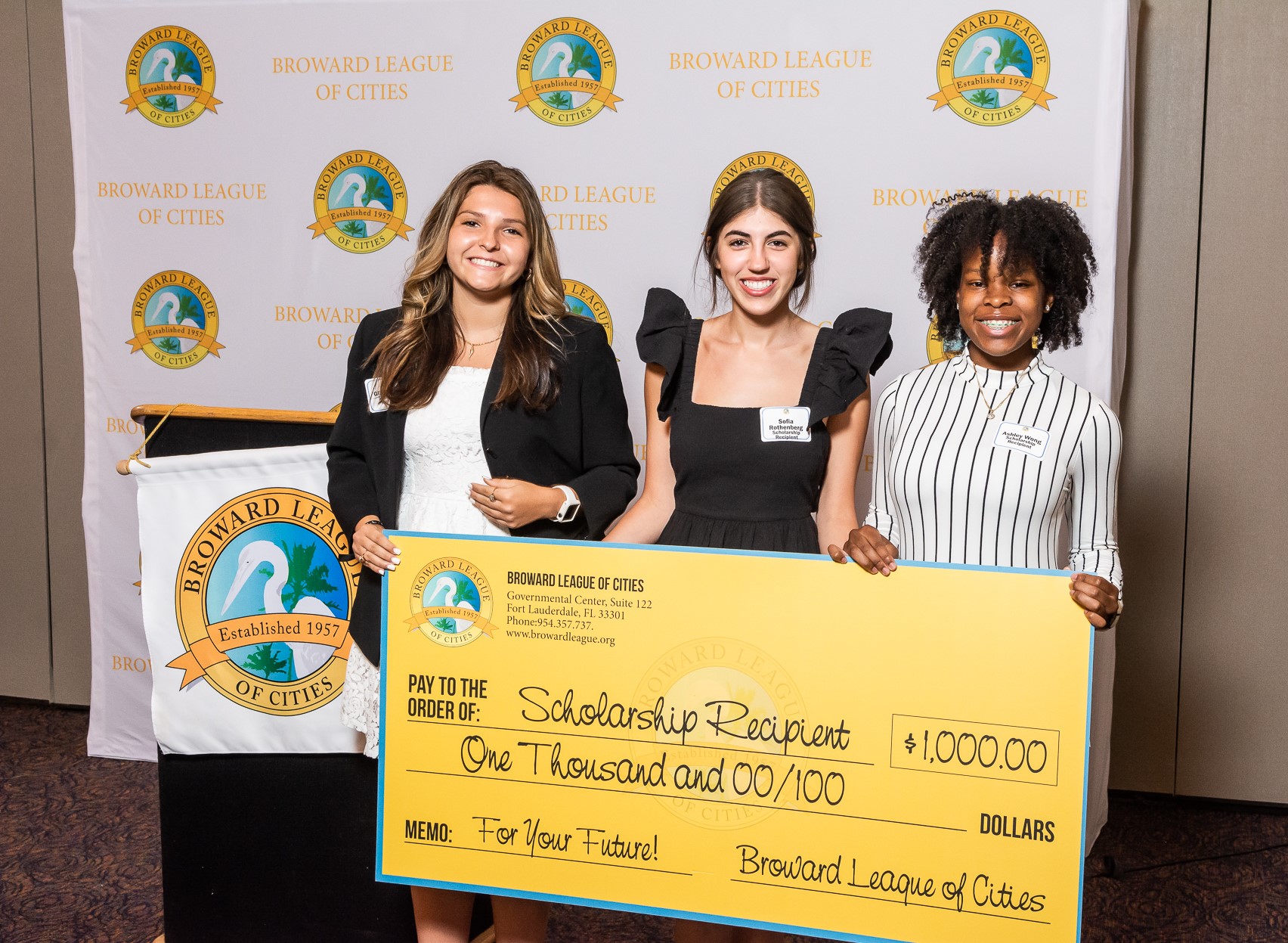 The funds were given to students who will focus their college education on public service, public policy, government or community affairs

Four Broward County high school seniors were awarded $1,000 scholarships from the Broward League of Cities to support their aspirations in municipal government.

The Broward League of Cities established its Scholarship for Government Studies program over 10 years ago to support Broward County students pursuing higher education. It has awarded approximately $50,000 to exemplary students in Broward who have showcased strong leadership, communication and judgment skills throughout their high school careers.

“It was such a pleasure to recognize these students for their outstanding educational and community achievements,” Beverly Williams says, past president of the Broward League of Cities. “As the changemakers of today, it’s important for us to support our young leaders of tomorrow in both their educational pursuits and professional interests.”

The following students were awarded scholarships:

Gianna Brier has a 3.92 GPA and has accumulated over 350 volunteer service hours. She plans to pursue a political science degree with a national security or pre-law track.

Adah Nelson earned a 3.98 GPA and has volunteered over 300 hours in her community. After earning her political science degree, she looks forward to positively impacting her community by championing justice for all as a lawyer.

Sofia Rothenberg has a 3.99 GPA and has completed over 650 community hours in her community. Civic engagement has always been a pivotal aspect of her identity and she looks forward to using her passion to pursue a law degree.

Ashley Wong earned a 3.37 GPA and has volunteered over 130 hours in the community. She continually seeks opportunities to create change in her community and hopes to run for the U.S. Senate after earning her political science degree.