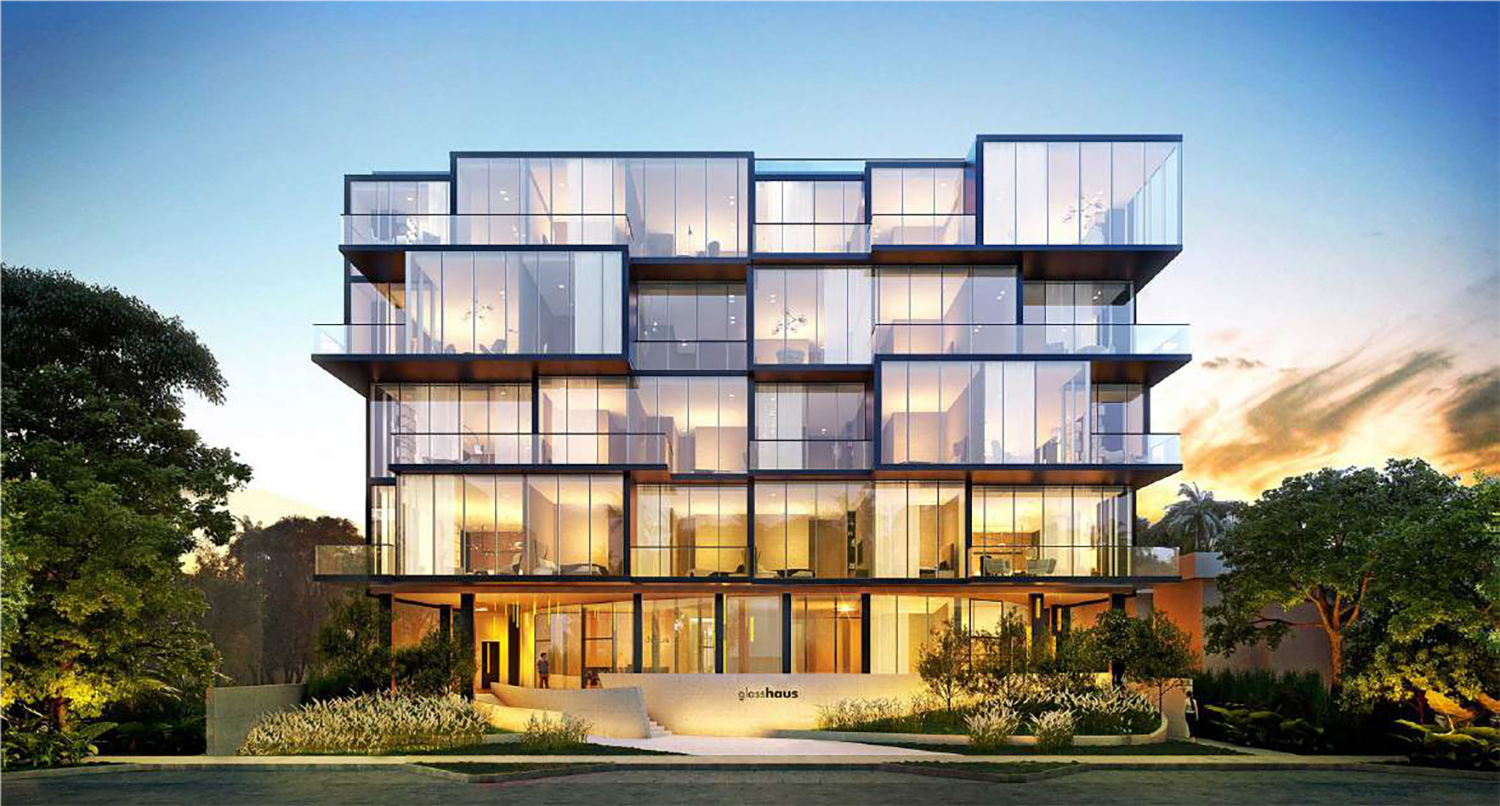 Amid the rush to create urban villages in South Florida, change is accelerating in one of the originals—Coconut Grove, the longest continuously inhabited neighborhood in Miami-Dade County.

CocoWalk and the Miami neighborhood’s waterfront area are getting an overhaul. New restaurants are moving in. Office space is being added. The West Grove is getting new residential and mixed-use projects. A community redevelopment agency is being planned and a business improvement district is already spurring change.

Before South Beach took off, Coconut Grove was one of South Florida’s top entertainment and restaurant hot spots with a bohemian and counterculture vibe. Rock and movie stars stayed at the five-star Grand Bay Hotel, and Doors singer Jim Morrison was charged with indecent exposure at the Dinner Key Auditorium.

Business in the Grove went through a rough economic period after a 5 a.m. closing time for bars was eliminated, which led to the closure of clubs that brought college students, says city commissioner Ken Russell, who is also chairman of the business district. A decline in restaurants and retail followed.

Construction of new condominiums on South Bayshore Drive about four years ago brought renewed life into the Grove and coincided with introspection about how the neighborhood would evolve.

Instead of reinstating the 5 a.m. closing time, residents and the district opted to pursue new vibrancy as a center for neighborhood activity, Russell says. So far, there’s been a renaissance in restaurants, but retail is still struggling.

The district also was reconstituted to help spur change. The old 19-member district board was unwieldy and there was difficulty getting policies and initiatives to see the light of day, Russell says. The district was due to sunset and was reconstituted with nine board members who make sure key stakeholder groups are represented, Russell says. District staff members were empowered to carry out the board’s vision.

Now, the Grove is going through a transition with calculated investments, Russell says. Historic buildings from the 1920s are being preserved, but modern structures, such as office space, are being added.

The addition of office space is creating larger lunch crowds, and Russell says they will also spur office workers to move to the Grove.

Russell said there was a feeling expanding the district into the West Grove, which is starting redevelopment, was a little too much mission creep. He’s supporting a West Grove community redevelopment agency to spur redevelopment.

Russell and Groveites in general want to protect the single-family neighborhood while Russell would like to see more affordable housing and health care businesses.

Parts of West Grove might be termed “blighted,” but it is one of South Florida’s most historic black neighborhoods with Bahamian roots. Like other areas of Miami-Dade County, such as Little Haiti, there are worries that redevelopment will push out lower-income residents. Russell says the neighborhood has the highest rate of evictions, demolitions and nonrenewals of month-to-month rentals in the city.

West Grove used to have a reputation for street-level drug dealing, but Russell says crime is at an all-time low, partly because of development and partly mirroring an overall city trend.

The district is putting $1.5 million back into community services with funding from a special assessment on property. The district has bought two trolleys that offer free public transportation. A partnership with Freebee is providing a free app-based, ride-hailing service. The district is generating a better sense of community by providing 20 special events a year with free yoga classes, block parties and movies in the park.
The district also is helping to change the face of the Grove with more than $1 million for a storefront façade improvement program.

Terra Group continues to play a major role in redevelopment. The pyramid-shaped Grand Bay became derelict after the recession, and Terra turned the site into the Grove at Grand Bay, a pair of 20-story twisting glass towers designed by Danish architect Bjarke Ingels. The 98-unit project, dubbed “the twisted sisters” by some Groveites, was completed in 2016 and is sold out.

By the end of the year, Terra expects to finish the last of three towers in its Park Grove condo development, which includes partner Related Group.

The neighborhood has attracted international and national demand plus local empty-nesters seeking an easier lifestyle with a taste for urbanism, Martin says. Restrictive zoning generally prevents large-scale development, which creates a unique village.

Martin foresees the creation of a balanced mix of offices, restaurants, schools, residences and outdoor activity. “That perfect balance really makes a neighborhood resilient to cycles and macro-economic political forces because it’s a neighborhood that’s so high in demand.”

Treo Group is leading a $50 million renovation of 9.5 acres on the waterfront, called Regatta Harbour. Groveites are passionate about their waterfront and finally approved a request for proposal after initial failures, says Eddie Garcia, principal with Treo Group. He’s a Miami native who has been active in the Grove for 15 years.

The Metropolitan Parking Authority is building a new garage with ground-floor retail. Treo will have an office there and controls the retail. Conover Stern is handling the leasing.

The northern historic Naval/Pan Am hangar will continue to have marina-related uses. Garcia was recently negotiating with a tenant for the southern hangar. The tenant will offer a Mediterranean-style market with different stations and a restaurant.

The boat racks are open and have been consolidated into one structure to open up more waterfront land. Treo is working with Grove Bay Hospitality Group on the open-air Hangar 42 casual restaurant and the upscale waterfront Afishonado with Top Chef season 13 winner Jeremy Ford. Both will open in 2020.

The site plan connects the waterfront to South Bayshore Drive and has two pedestrian walkways from the garage to the waterfront. Miami’s ArquitectonicaGeo is handling the landscaping.

A major force in the West Grove is Ricky Trinidad, president of Metronomic, who became active in local real estate after moving to Palmetto Bay from suburban Chicago in 2012.

Trinidad is also seeking a permit to build a 20-room boutique hotel on Commodore Plaza in a parking lot next to the Greenstreet Café, a popular Grove dining venue.

Metronomic Place is part of the large Grand Plaza development.

The three phases will have 11 buildings with 128 market-rate apartments, 50 affordable/workforce apartments, 267 parking spaces, 44,523 square feet of commercial space, such as ground-floor retail, and a new home for Coconut Grove’s farmers market, a two-level structure that will use shipping containers.

Grand Plaza’s low-rise buildings take about a year to complete, so Trinidad expects to be constructing 26 buildings by the end of 2020. He was recently working on a preferred-equity plan for investors. Grand Plaza is in an opportunity zone, which offers tax advantages.

Metronomic is also active in the West Grove single-family home area, buying lots and selling single-family homes. Trinidad expects to sell some homes below their $700,000 to $800,000 market value with covenants that they can’t be flipped. As part of his community approach, Trinidad is working with churches and community organizations to fund beneficial projects, such as prayer centers, nondenominational churches and homeless outreach.

Trinidad says others have pointed out he could make more money by providing a lower percentage of affordable housing. “My response to them is that’s what the community needs,” says Trinidad, who has an urban planning degree from the University of Illinois at Chicago.

Trinidad also plans to offer luxury apartments for the more-affluent, and micro-units for millennials.

He plans to have music daily at the farmers market, which will retain the trees on the property and have an open plaza. “Some previous developers that wanted to develop the site under a different name wanted to tear down trees and build a big building,” he says.

He envisions passengers eventually getting to Miami Beach in three minutes or the Brickell area in two minutes.

“When the FAA approves this we’ll be one of the first if not the first in Miami to deploy that technology,” he says. ♦

GROWING IN THE GROVE

Status: Under construction, opening in phases through 2020

Description: The new 100,000-square-foot One CocoWalk office tower is being created on the north side of the property. Visitors will find an open and welcoming plaza and 150,000 square feet of experiential retail, dining and entertainment space. Tenants include:

• Mister 01 Extraordinary Pizza: Chef Renato Viola’s star-shaped, 13-inch pies with pouches of ricotta cheese in each of their points,1,100 square feet of indoor and outdoor space in the plaza.

• The School of Rock: Music school for children and adults, 3,200 square feet.

Description: A former parking garage is being turned into the 77,840-square-foot Mary Street office and retail complex, which will be anchored by the headquarters for CPA and advisory firm Kaufman Rossin and Terra’s headquarters.

Description: A major, multiphase development in the West Grove. It will start with Metronomic Place, 3280 Grand Ave., which will feature a deluxe boutique hotel with 44 suites, Class-A office and retail space, and a lush rooftop garden deck with pool, spa, cabanas and outdoor lounge areas.