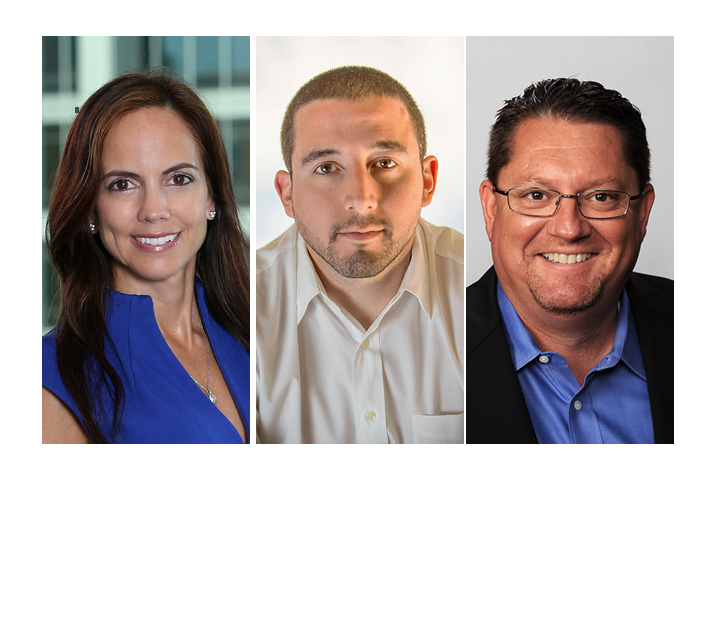 Countdown to the Apogee Awards: Pavlik, Gonzalez, Smith honored as COOs of the year

Here are the COO biographies:

Jessica Pavlik has over 15 years of experience in the management of law firms. As a results-oriented problem solver, she plays an integral role on Berger Singerman’s senior management and strategic planning team. She is ultimately responsible for all of the financial stability and productivity of the law firm.

The number of lawyers has more than doubled in Pavlik’s tenure, and she has been a big resource in the financial and operational planning of lawyer talent acquisition. Due to Pavlik’s skills and the innovative management style of the firm’s co-CEOs, Berger Singerman’s net profit has increased annually.

Pavlik received her bachelor’s in accounting from Florida State University. She is very involved in the community with her participation on charity boards such as A Child Is Missing and in local fundraising events for the Muscular Dystrophy Association and the Leukemia & Lymphoma Society.

As COO and executive director of eMerge Americas, a multiday conference in Miami Beach that looks at how technology and innovation are disrupting industries, Xavier Gonzalez has put the exclamation point on the emerging technology scene in South Florida. In its second year, eMerge Americas attracted 10,000 attendees from 50 countries, 500 companies and 125 startups. It had 200 speakers, including top international names in business.

The conference plays a key role in further establishing Miami as the innovation hub of the Americas, engaging local educational institutions, international entrepreneurs and sources of capital to help fuel ventures.

Mark Smith is COO of 3Cinteractive, which he co-founded in 2007 and has since grown to over 150 employees. In 2013, Forbes profiled 3C with the headline “America’s Most Promising Company.”

Smith had 16 years of sales leadership positions at MCI before joining the startup Internet Billing Company, one of the first Internet-based payment processors. As executive vice president of sales and operations, he was instrumental in growing the company to more than 400 employees, who processed over a half-billion dollars in payments each year.