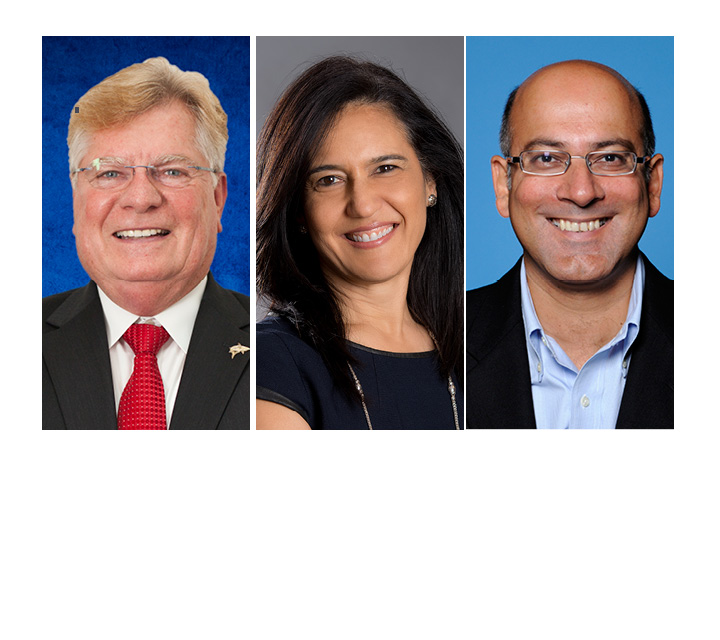 Here are the CIO biographies:

West was previously chief technology officer of Health Choice Network in Miami and chief information officer at Kaplan Higher Education, where he built an IT support team of more than 450 employees in less than five years. He also served as senior vice president of global information technology and engineering for Pfizer pharmaceutical, as vice president of global information technology for Citigroup Latin America and as senior director of IT for General Electric corporate in Asia Pacific and Latin America.

In 2014, West was named one of America’s top 100 global CIOs by IDG Enterprise. He is on the board of Florida LambdaRail, a research and education network.

Tery Howard is in her 17th season as senior vice president and chief technology officer for the Miami Dolphins and Sun Life Stadium. She directs technology initiatives and the strategic direction of business operations to drive consumer and fan engagement.

In 2011, SportsBusiness Journal named Howard an industry game changer. She is a recipient of the Glass Ceiling Award from the Florida Diversity Council.

Howard is an advisor to eMerge Americas and on the dean’s advisory council at St. Thomas University. She spent 16 years with Carnival Cruise Lines managing shipboard technologies.

Lakshman Charanjiva is vice president and chief information officer for NextEra Energy Inc. (NYSE: NEE), the parent of Florida Power & Light. He joined NextEra in December 2008 and is on its operating committee.

A chartered accountant with an MBA from Tulane University, Charanjiva was previously vice president and global chief information officer for the AES Corporation. He served as co-chair for the Edison Electric Institute’s CIO committee and on the advisory boards of the Palm Beach County School District, the Tulane Energy Institute, Cisco and SAP.