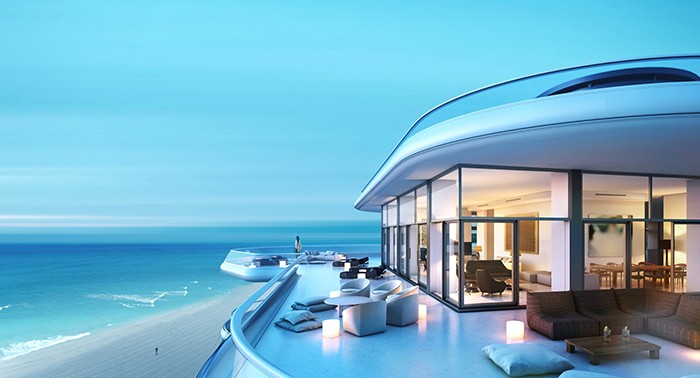 Faena District promises to be a game changer for Miami Beach

It may sound like a lofty goal when the creators of the Faena District in Miami Beach promise to change the physical and cultural landscape of the city forever; but even a quick look at their plans makes it believable.

The project, conceived as a collaboration among artists and developers, carries the name of developer Alan Faena and stretches north from 32nd Street to 36th Street, between the Atlantic Ocean and Indian Creek. Its aim is to create a new neighborhood rooted in art and inclusive cultural experiences similar – but much larger in scope – to Faena Hotel Buenos Aires. Since opening in 2004, the urban resort has redefined the experience of travel by merging the elements of art, culture, entertainment, sustainable architecture and cutting-edge technology.

Faena says that success in Argentina consolidated his company’s expertise in urban development, setting the stage for more ventures there and beyond with businessman and philanthropist Len Blavatnik. This includes the redevelopment of the docklands of Puerto Madero in Buenos Aires.

The first piece of the Faena District to open was Faena House, a Foster + Partners-designed 18-story condominium building situated on the beach. It’s meant to be an emblematic addition to the Miami Beach skyline, featuring architectural advances such as signature aleros (architecturally designed metal structures) and expansive glass walls that open to panoramic views, allowing for a true indoor/outdoor experience.

The Faena Hotel Miami Beach opened last year and is a reimagined version of the historic Saxony Hotel, which was built in 1947 by George Sax and designed by Roy F. France. Once dubbed the “Queen of Collins Avenue,” the hotel reigned in the ’50s and ’60s as the lodestar of glamour, where Hollywood icons Frank Sinatra, Marilyn Monroe and Dean Martin performed.

The Faena Hotel, which has 169 hotel rooms and 13 penthouse residences, was conceptualized in part by film director/producer Baz Luhrmann and Academy Award-winning costume designer Catherine Martin. Meant to recall the Art Deco allure of the 1950s, rooms are designed with an Old World grandeur: hardwood floors, sumptuous “Faena red” velvet and cool-blue tiled bathrooms. Each floor will feature a Faena butler, offering guests one point of contact and personalized service throughout their stay.

The hotel’s beach club, Faena Playa, has a palm-lined pool area near 100,000 square feet of beach. There also is a spa and several luxury restaurant concepts on the property. Noteworthy, too, is Faena House’s 3,000-square-foot Saxony Theater, offering nightly world-class cabaret-style revues.

Two adjacent residential condominiums called Faena Versailles are also planned and are being designed by Brandon Haw and William Sofield.

Opening in 2016 is the Faena Forum, an arts and cultural hub designed by Rem Koolhaas/OMA that will house Faena Art, a nonprofit organization based in Buenos Aires that encourages cross-cultural collaborations and synergies throughout the Western Hemisphere.

Also planned for the district is Casa Claridge’s, a 50-room beachside guesthouse designed as a home on the site of the El Paraiso Apartments that were built in the Spanish architectural tradition in 1928.

The district will include Faena Bazaar as well. It’s planned as a shopping complex with a state-of-the-art parking area and marina on Indian Creek – all designed by Rem Koolhaas/OMA and enhanced by the landscaping design of Raymond Jungles.