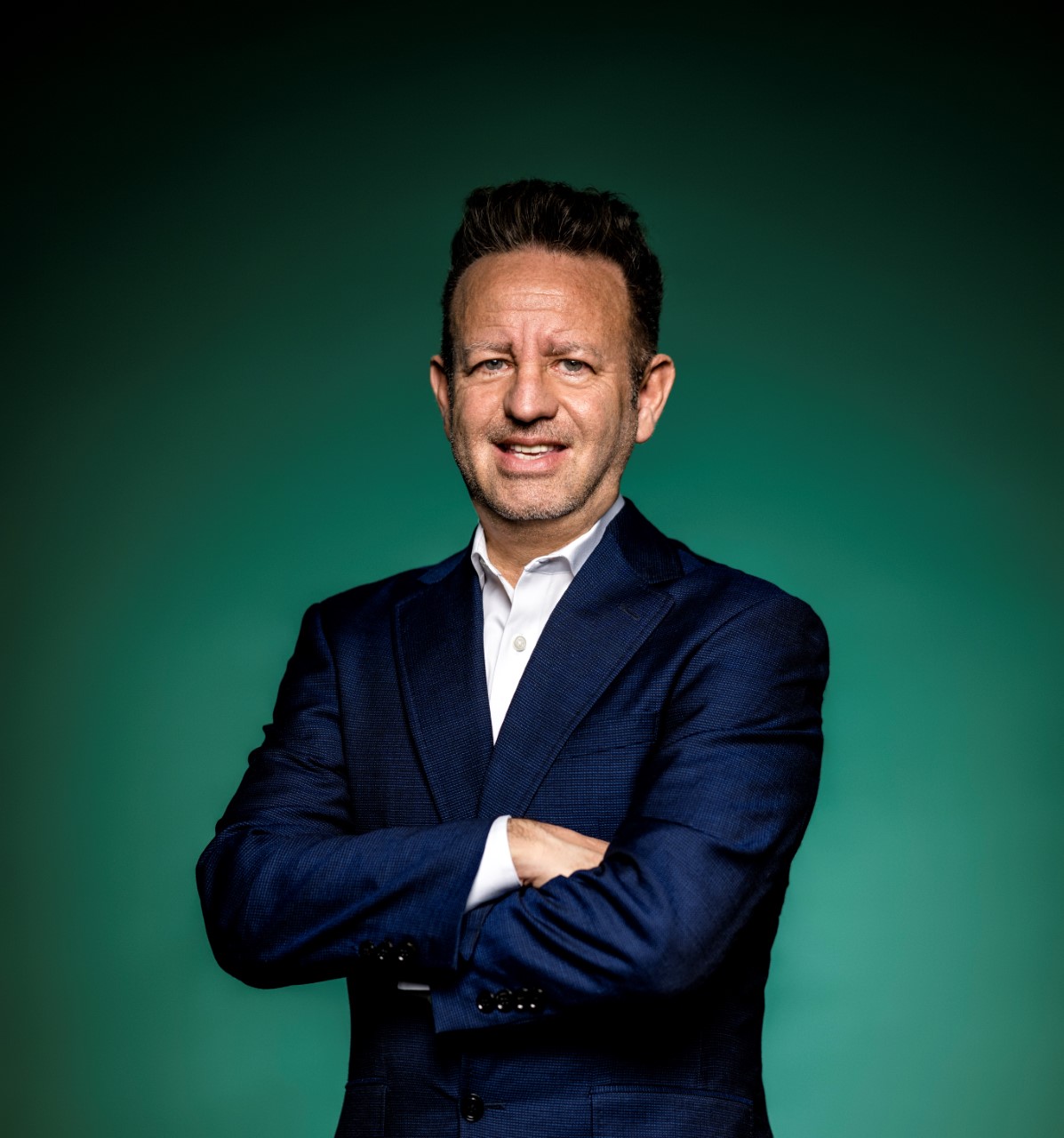 Ease, Safety and Scalability: These Are the Hallmarks of SKYX Platforms Smart Home Products

How founder Rani Kohen made it happen

With more than 60 issued and pending patents globally, Kohen is known for his highly disruptive smart platform technologies. He founded SKYX Platforms d/b/a Sky Technologies with a mission to redefine lighting, ceiling fan and other installations by adhering to a strict plug-and-play philosophy.

Within the last few years, Kohen has racked up key milestones in technology and finance. The company’s generation-1 invention was added to the National Electrical Code, based on the safety aspects of the technology—the most significant addition to the NEC in the past 40 years, and its ceiling outlet for lighting and fan products was approved by the American National Standards Institute. It wasn’t just regulators who were impressed: In 2022, SKYX Platforms took the company public on the NASDAQ (as SKYX) at a stunning $1 billion market cap. And soon SKYX will plant a flag in Miami.

Kohen spoke to SFBW about his innovative company and products, his can-do attitude, and his ambition—hardened by what he learned and experienced in the Israeli military.

I started my first business in my early, early teens, actually at 10 or 11 years old or something. I love music, and when I was 14 years old, I became a DJ, and when I was 16, I was running a club with two other partners of mine who were in the 30s.

You’ve told me about having one foot in both places—never feeling quite like an American when you’re in the United States and never perceived as an Israeli when you are in Israel.

My mom was raised in Pennsylvania, and she made Aliyah [pilgrimage] to Israel, so I grew up in Israel. When I came here everyone told me, “You’re not American; you’re Israeli,” so it’s like I’m damned if I do and damned if I don’t. I really grew up in Israel, served in the military and moved here 23 years ago. It’s funny because a lot of Israelis tell me, “You’re not a typical Israeli.” In Israel, when I was a kid, everyone called me the American guy. But you have certain things that are kind of common among Israelis, and I think part of it is because it’s a country under pressure, surrounded by many enemies. You adopt an aggressive kind of behavior and may feel that things may not happen so fast here as they do in Israel, but you move here and definitely adopt different habits.

Do you know the term code-switching? When you move from one culture to another, you subtly alter your behavior or your attitude? Does that give you an advantage—the ability to cross cultural, geographic, literal and metaphorical boundaries?

How does that aggressiveness you mention manifest itself? Is it that everything seems easy or at least doable after Israeli military service?

Historically, as you know, Jews were chased all over the world and had to secure their own future by not relying on anyone. So, then you send them to military and, at 18 years old, after 30 minutes of being a soldier, you train them the same day how to shoot an M16. You train for 30 days and then you continue your training in the West Bank and Gaza and places that you and I would not go for $10 million today, but we didn’t know better because we thought everyone in the world did the same. We didn’t know that people go to college at that age. I’m disclosing my age here, but at that time, there was no internet, no nothing. You kind of develop three or four exit strategies just to get to sleep every night. So, when you finish the military service—and it doesn’t matter if you’re in an elite service or not—you see your friends getting killed. I was a hostage of terrorists when I was 17 years old, around a year before I went into the military. Most of the people around me were killed, and about 70 to 80 were injured and they spared my life, and that’s another story.

You grew up fast, in so many ways.

You enter real life, and with all that said, anything else seems like Mickey Mouse to us because mentally, we’re 40-plus years old. We were still kids going to the same college parties you have here, but it’s different, because as soldiers you experienced a life that 99.9% of the people in the world never saw and will never see. And then you give us a business challenge, and compared to the challenges we had in the military, like I said, it’s really Mickey Mouse.

And in Israel, you gained advanced technology experience, right?

When I came here, people told me, “Rani, this code is never going to happen.” I said, “Why not, because it never happened before in 40 years?” It doesn’t matter where you serve in Israel; in the military you’re always surrounded by tech. The military had cell phones years before cell phones were available to the public—in the military, many were using cell phones and satellites and all of those things that in any other place in the world, you wouldn’t have knowledge about. We’ve done 10 times more challenging things, so your nature is to go and check out why is he saying it. Then suddenly you know why he’s wrong and think, “I’m going to make it happen now.”

Tell me about your first great success, that moment early in your career where you realize that it’s all happening.

I had a lighting company, and it became the biggest lighting company in Israel in my early 20s, so that was like, “wow, everyone knows me.” That happened very fast; I was probably 23. And then I had a chain.

Was the showroom for residential and commercial lighting?

We did mainly retail, but we also did projects like hotels and commercial contracts.

Let’s jump ahead to the founding of your company SKYX Platforms. When did it happen and what was the inspiration?

So, I had a lighting background, but I never thought that I was going to take it to the next level. But then I was involved in some real estate projects where we bought buildings, and we were renovating hundreds of units here on our own. That’s when I recognized the hassle of installation—risking your life to get up on a ladder to install the light fixture. Not that I know too much, but I knew enough to say to myself that there has to be a better way to install them. Then it dawned on me how big this market is. I already was an entrepreneur with good marketing ideas, at least I thought so, and I thought it would be worthwhile to give it a shot.

Do you consider yourself an inventor?

I was never an inventor in my life. I was always a business entrepreneur, until one day I was looking for an inventor and I couldn’t find one, so I said to myself, I’ll put my inventor hat on, because, again, in the military we said we can do everything. My friends laughed at me when I went and said I’m going to invent something. But now we have more than 60 patents and 15 were just issued, so being both an entrepreneur and an inventor definitely gives you more versatility. I try to invent only things that have big market potential of many zeros on the right side, because you can invent many things if you have common sense. In 2006, I believe we started to develop the first invention. In 2008 and 2009, I was involved in real estate, and we did OK, thank God. The crisis was big here, but we did OK and in 2010, we put all the focus here.

Let me hear that focus—what’s that one-minute elevator pitch? Now that you’re on the NASDAQ, maybe I want to invest in your company.

So, hundreds of millions of light fixtures are installed annually in the U.S. and millions of people risk their lives spending hours on ladders touching hazardous wires, so we invented the plug-and-play solution that was approved by all U.S. code regulators and fulfilled standardization. So, that’s really the pitch and it’s a differentiator because nothing like this exists on the market. Think about an electrician removing a light fixture and installing a new one: This process takes a professional approximately 30 to 40 minutes; he needs to remove and attach screws, and touch and twist wires. It’s dangerous, time-consuming, and unfriendly for the common user. But the Sky’s solution takes only three seconds to replace a new light fixture and doesn’t require dealing with wires or screws, making it safe, easy, and convenient for the common user. The initial installation takes two to three minutes, and it is safe to touch. The Sky plug can be used again and again to replace light fixtures safely, quickly, and conveniently, and can be used for light fixtures, chandeliers, pendants, wall sconces and ceiling fans.

Can you talk to me about the day that you debuted on the NASDAQ?

It’s a dream come true for everyone, and for me winning is the biggest thing in life. Lifting the trophy on live TV is great—it’s kind of like lifting the trophy after an NBA season. The wow for me is making it happen and that day when we were listed on the NASDAQ—you know, I like to win. I’m success driven, and my philosophy in life is who works harder, the owner of a 7-11 or Elon Musk or Mark Zuckerberg? I always say the 7-11 guy works harder. But when you ask me who works smarter, that’s my point, and that’s why I like to invent. I invented those products as we strongly believe they can revolutionize lighting and smart home markets. To make a smart home today, it takes forever. A hotel of 500 rooms—that’s a year project. But to make it smart with our product, you do it in a day or two.

I know you’re headquartered in Pompano Beach, but I hear a change is coming.

We just secured 10-year signage roof rights of this mixed-use tower at 400 Biscayne Blvd. We’re going to have our offices there and that’s going be our headquarters. It’s going to be state-of-the-art, contemporary, with 16-foot-tall ceilings. The Pompano office will remain open for product development and will serve as our innovation center. Miami will be about sales and marketing, and we expect to move in during the first quarter of 2023.