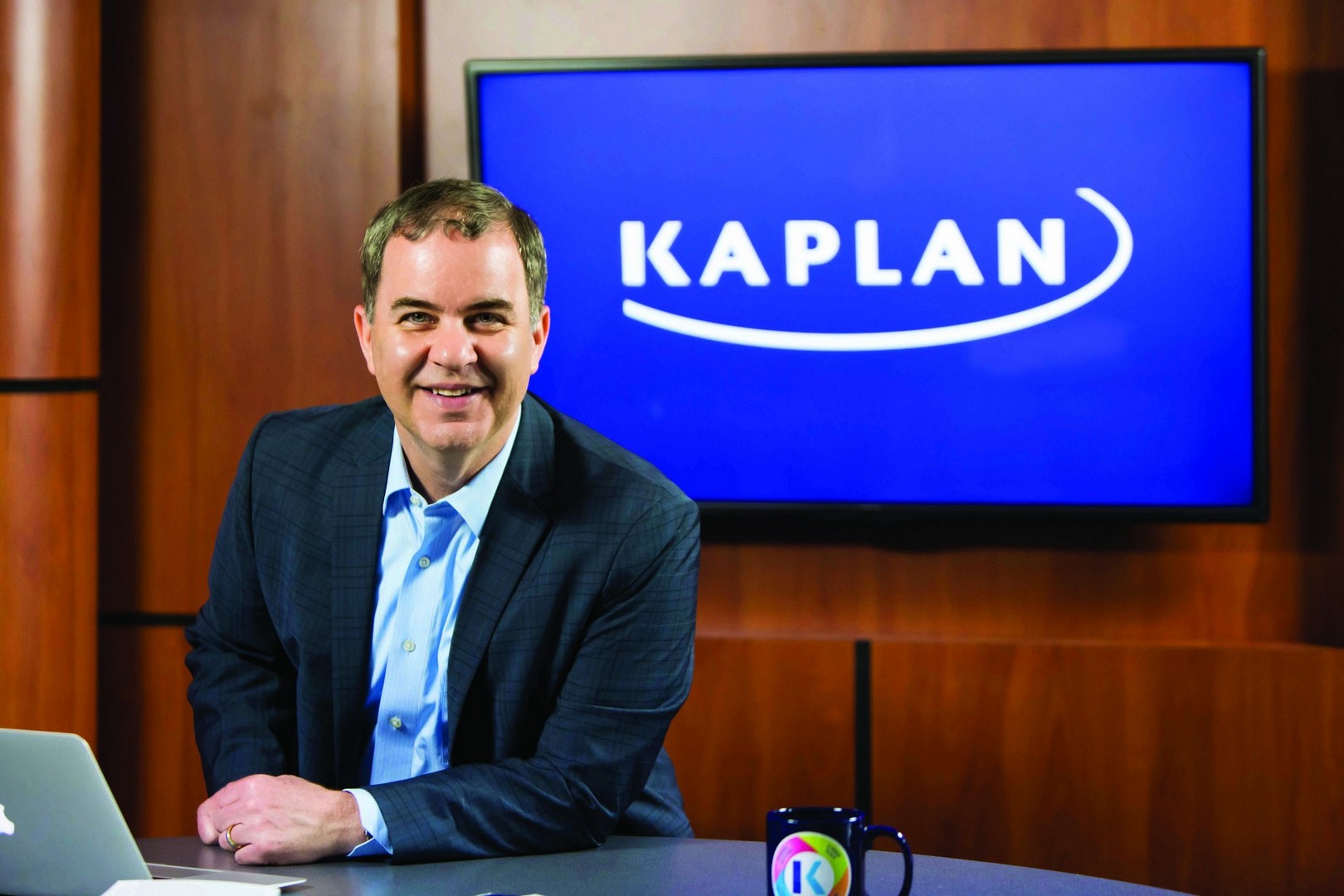 Kaplan is widely known as the test preparation company that has helped students prepare for law school, medical school and graduate school admission tests since 1938.

However, currently, only 12 percent of the Fort Lauderdale-based company is dedicated to test preparation. The company’s main focus now is in providing a wide array of online higher education courses – from law school to nursing to law enforcement – to some 45,000 students in 60 countries.

Overseeing the evolution of the company and helping turn it into a $2 billion dollar enterprise is Andrew Rosen, who has been chairman and CEO since 2008.

Formerly a staff attorney for The Washington Post (related to the company that bought Kaplan in 1984), Rosen, 54, joined the Kaplan organization in 1992. He worked his way up the ladder and eventually assumed responsibility for all of Kaplan’s higher education operations, including Kaplan University, Concord Law School and Kaplan Virtual Education. Under Rosen’s tenure, Kaplan Higher Education has grown to account for half of the company’s revenues.

Rosen’s guiding philosophy is that Kaplan should be training students for specific jobs, not teaching them about “French literature or how to bake a cake.”

“People should come out of our program with a set of skills that is directly applicable to what they need to do in the workforce,” he says. “Many of our students already went to college and don’t have the skills they need to get a job. They’re highly unemployable. Four years didn’t make them employable. Kaplan is focused on practical education that leads people to achieve specific goals.”

One example Rosen points out is Kaplan’s popular software-coding boot camp. After completing the 10-week, 12-hour-a-day program, students have the skills needed to become software developers – a highly employable career, he says.

Rosen defends Kaplan’s record against criticism from the U.S. Department of Education of for-profit institutions for saddling students with debt they can’t afford in exchange for degrees and certificates they can’t use. He also defends Kaplan against the Department of Education’s accusation that its students were more likely to default on their loans than their community college counterparts, at a rate of 17.3 percent.

“Kaplan serves a specific type of student – older, with less money,” he says. “Kaplan has a graduate rate twice that of the rest of higher education. They get jobs at higher rates, make more money and are happier with their experience. If all institutions in the United States would serve the kind of student Kaplan does, we would have 800,000 more graduates than we do in this country.”

Rosen acknowledges Kaplan’s programs are more expensive than community colleges because Kaplan does not receive the state funding that the colleges do. However, the company recently implemented a program called Kaplan Commitment, which allows students to drop out of the program early on with no tuition charge. “Some people just don’t understand the rigors of the program,” Rosen says. “It’s like people who join a gym and then don’t wind up going.”

Rosen joined Kaplan after a period of time as a lawyer because, he says, “I decided I wanted to be in business, that it was better to build something than to battle others.” He is now considered a higher education expert on the national landscape, speaking frequently on the topic, including recently to the American Bar Association, and cementing his reputation by writing a book in 2011 called “Change.edu: Rebooting for the New Talent Economy.”

The book details Rosen’s philosophy that the American higher education system has strayed from its goals of access, quality and affordability, and offers his thoughts on how to remedy this. The book was listed on Bill Gates” “Reading List,” and the Microsoft founder called it, “truly important for the debate on what needs to be done to improve the success of post-secondary education in America.”

One of Rosen’s main concerns about higher education in this country is that it focuses on the wrong things – such as prestige, campus restaurants, climbing walls and sports teams – and not on academics and job preparation.

“Schools are competing heavily for the best-prepared students, but the competition is not taking place in the classroom, it’s taking place with the kinds of things that make 17- or 18-year-olds come to your campus,” he says.

In April 2014, Rosen stepped back from the day-to-day operations at Kaplan, keeping the title of chairman, to become executive vice president of Graham Holdings Co. (The Graham family previously owned The Washington Post.) He can now increasingly focus on his many community causes, serving on the boards of Enterprise Florida, the Broward Workshop, the Broward Alliance, the Council for Educational Change, Pine Crest School and, perhaps the cause nearest to his heart, TheDream.US, a scholarship fund for undocumented immigrant children, known as “dreamers.”

“I believe all students deserve access to great education,” says Rosen. “These kids didn’t have any say in coming here. This organization helps them continue with their education and create the kind of workforce we need in this country.” ?