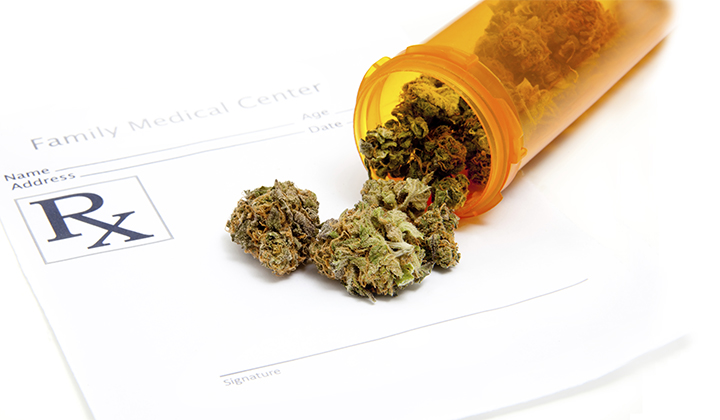 Florida is holding its breath (but not yet inhaling) as the next month draws closer. It is not in breathless anticipation of relatives coming for Thanksgiving. With a vote on constitutional Amendment 2 on Nov. 4, Florida is expected to be the first southern state to pass a law legalizing the use of medical marijuana. Polls indicate a 70 percent vote in favor.

Entrepreneurs are jumping on the train to run their own dispensaries and experienced nurseries will apply to the state to grow marijuana. Jobs will become available for horticulture, logistics, security, human resources and accounting personnel.

The first wave of the industry has already arrived in the form of seminars looking for investors. Colorado and Washington state have been leading the industry pack nationally with full legalization of recreational pot, although more than 20 states have either passed medical marijuana legislation, decriminalized usage or done both.

One of the bigger protagonists for canna business is KC Stark of MMJ Business Academy, who has already provided a weekend-long seminar in South Florida.

“I’m trying to bring my Colorado experience to Florida to help others avoid some of the pitfalls we’ve already encountered,” says Stark, who started his business in 2002.

An estimated 10,000 jobs have been created in direct relation to the marijuana industry in Colorado. The state has taken in $10 million in taxes, with an expected $20 million to $40 million for the coming year. Even without Florida fully legalizing marijuana, the state’s larger population base means it could be looking at similar numbers.

“This is crafting the end of prohibition and the beginning of an economic revolution. Marijuana is a cash crop that will have employment up. And it is a product made in America that will have profits reinvested back in America,” Stark says.

Modman Marketing Co. of Los Angeles is offering both direction and management teams for canna-business.

“Now is the time to get in on this new industry. But like any new business or industry, you need to make sure you have enough funds to survive for at least six months to a year before you see any real returns on your investment,” says Adam Bierman, president of Modman Marketing.

The pitch on running a successful marijuana business is similar to many other businesses, although complying with regulations and guidelines undoubtedly top the list. Maintaining efficient production and low overhead will be key along with branding.

“Your business should reflect the brand you build in every aspect. Whether it is growing marijuana or selling it, it is the same as with any other product – you have to research and know your market,” Bierman says.

While there may be a perception that there will be an influx of stoners wanting to open up shop, the truth may be the exact opposite.

“These are business savvy and experienced entrepreneurs who are attending,” says Charles T. Houghton, whose law firm advises on business, compliance, licensing and regulation in relation to the medical and recreational marijuana industry. He’s observed serious investors attending the MMJ Academy seminars.

It’s still a tough business like any other venture, but there is also an exhilaration that comes with leading the way in a new field. Stark says. “We are looking at the end of prohibition and an amazing time where we return to “Made in America, for America, by Americans.” ?

The bill for Amendment 2

What supporters of Amendment 2 say – from
www.unitedforcare.org:

” Many patients and their doctors find marijuana a useful as part of the treatment for AIDS, cancer, glaucoma, multiple sclerosis, dystonia, and other ailments.

” The American Medical Association says physicians and patients should not be subject to criminal sanctions for free exchange of information on treatment alternatives.

What opponents say – from www.dontletfloridagotopot.com:

” Medical marijuana will be recommended way beyond the reasons suggested in the amendment wording.

” Legal problems will ensue, such as crime near dispensaries and more drivers under the influence.