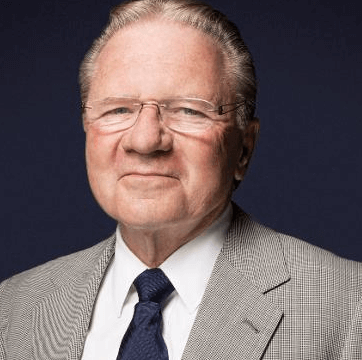 Ever heard the name of the richest Floridian?

There are a number of billionaires in South Florida that you might have heard of such as Micky Arison, Phillip Frost and Wayne Huizenga, but a Palm Beach resident dwarfs them all in wealth.

His name is Thomas Peterffy and Forbes ranks him the 47th richest billionaire in the world, with a net worth of $20.3 billion.

You might know Peterffy if you are a sophisticated investor because he is the CEO of Interactive Brokers, a company he founded in 1993.

Peterffy is self-made when it comes to his wealth. At the age of 21, he arrived in the U.S. in 1965 as the penniless descendant of Hungarian aristocrats who lost nearly everything to the Soviets, Forbes reports.

Leading the overall list is centi-billionaire Jeff Bezos, who seized the top spot for the first time. The Amazon guru has a fortune of $112 billion, up $39.2 billion from 2017, the biggest one-year gain ever.

Bill Gates, who has been the richest person in the world for 18 of the past 24 years, drops to No. 2 on the Forbes’ billionaires list. Gates has a fortune of $90 billion, up from $86 billion last year.

This is the biggest gap (in dollars) between the top 2 spots since 2001.

Bernard Arnault, with a fortune of $72 billion, ascends 7 spots in the ranks to No. 4. Thanks to his $30.5 billion gain in the past year, Arnault is the richest person in Europe for the first time since 2012.

Rounding out the top five is Facebook’s Mark Zuckerberg, worth $71 billion. Spanish clothing retailer Amancio Ortega (best known for the Zara apparel chain) in at No. 6, drops out of the top 5 for the first time since 2011. Ortega’s net worth is $70 billion, a $1.3 billion decrease from 2017.

Here are some fun facts about the Forbes list: