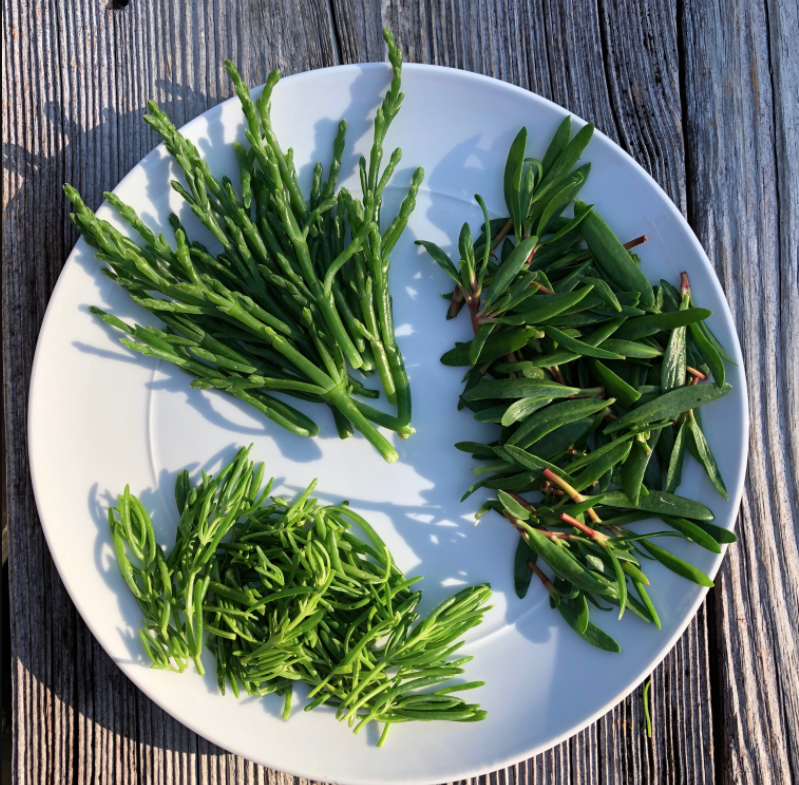 FAU grows veggies from the sea

Three species of vegetables from the sea could just be the new kale with the added benefit of a salty flavor, researchers at Florida Atlantic University think. 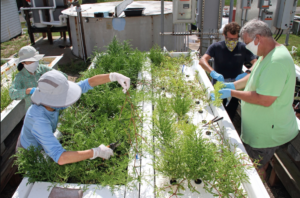 Part of the system for growing sea veggies

The study, which is part of FAU’s Integrated Multi-Trophic Aquaculture system project to optimize sustainability and aquaculture production, has been testing three different substrates to grow the sea vegetables: sand, clay pebbles and water only.

In this latest study, the largest plant harvested was the saltwort, which was grown in the sand substrate and weighed almost 2 pounds. Approximately 100 pounds of the plants that were grown in the study came from six tanks in the experimental system. By the end of the study, researchers had grown a total of 187 plants, only losing two plants, which demonstrates their exceptional survival rates. The average edible portion from the plants ranged from 55 percent for the sea purslane to 72 percent for the sea asparagus and 75 percent for the saltwort. The plants did better overall in the sand substrate; were a greener color in the sand and clay treatments; and were lighter green when grown in the water only tanks.

“Sea vegetables are a great source of minerals and would be a healthy addition to any meal,” said Paul Wills, Ph.D., principal investigator of the Integrated Multi-Trophic Aquaculture system project, a research professor and associate director for research at Harbor Branch, who is working with co-PI Megan Davis, Ph.D., a research professor, aquaculture and stock enhancement at Harbor Branch. “We sent our recently harvested sea vegetables to the lab to be analyzed for proteins, fats, minerals, and carbohydrates. From our previous studies, we know that one serving will provide 1 gram of plant protein, no fat, and no cholesterol. Some varieties of halophyte plants [which are adapted to growing in saline conditions] contain iodine, which is an important element for health and the salt that they contain is similar to sea salt.”

The goal of the study is to demonstrate and identify the optimal growth criteria for the plants, determine markets, work with chefs to develop recipes, and understand consumers’ acceptance to the product. Researchers also will determine the economics of growing these plants and the market values. They plan to share this information with future producers to assist them with system technology, product development and marketing to generate a new aquaculture industry in Florida and elsewhere.

Sea vegetables effectively remove nutrients produced from marine fish, shrimp and other species grown in FAU’s Integrated Multi-Trophic Aquaculture system. As the sea vegetables remove nutrients from the water, they in turn yield highly productive and desirable, albeit, underutilized crops. Sea vegetables are started from seeds or from cuttings, grow very quickly and are ready to harvest in 8 to 10 weeks.

The species in this land-based system are fish, shrimp, urchins, oysters and macroalgae, also known as seaweed, and each is grown separately from the others. Connecting them all, however, is a network of filters and piping that enable circulation of the water and, in particular, the waste products. Each species represents a different feeding level in this food web and although the fish and shrimp receive feed from outside the system, each subsequent species feeds on something the others leave behind.

Circulation occurs via a hub-and-spokes concept in which the hub is a computer-controlled filtration and distribution system and the spokes lead to the different culture areas. In the prototype system, all components are indoors with the exception of the macroalgae cultures, which require sunlight.

“Scientists, engineers and aquaculture technicians at Harbor Branch Oceanographic Institute carefully coordinated this study during a very challenging time in research due to COVID-19,” said James Sullivan, Ph.D., executive director of Harbor Branch. “Their efforts have demonstrated the feasibility of successfully growing and harvesting nutritious and delicious sea vegetables using aquaculture while minimizing waste and maximizing efficiency and productivity.”

This project is supported by funds from the Aquaculture Specialty License Plate granted through the Harbor Branch Oceanographic Institute Foundation.