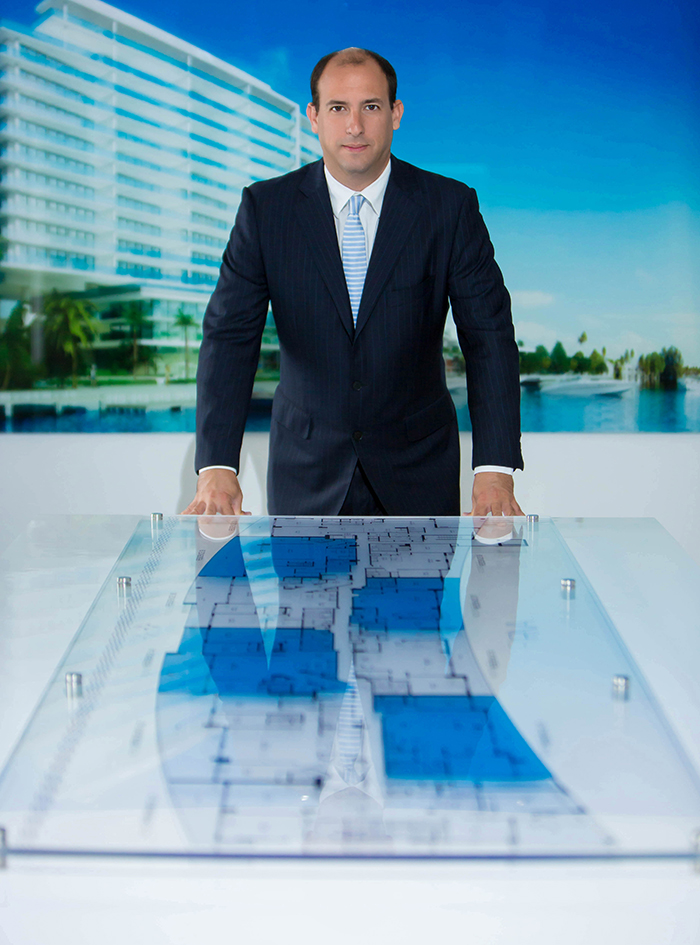 Developer Bradley Deckelbaum had an unusual way to do his initial evaluation of the site for Riva condominiums: Paddle boarding along the Middle River near the Galleria Mall.

Somebody had tipped him off about the site along Federal Highway, which used to be student housing for the Art Institute of Fort Lauderdale.

“It’s 409 feet of waterfront. I wondered if we could build the right product here. It’s peaceful and quiet. The views are spectacular,” Deckelbaum said while sitting on the porch of the Riva sales center overlooking George English Park.

It worked. The Deckelbaum family’s Premier Developers has sold over half of the 100 units in Riva, which start at $650,000 for city views and $1.1 million for waterfront views.

Riva is symbolic of a major transformation under way in the Victoria Park and Galleria areas of Fort Lauderdale.

In recent years, apartment buildings have sprouted along Sunrise Boulevard near Holiday Park. What was once a somewhat blighted area is poised to become a hip urban village with top restaurants and the Gateway Theatre.

The 1.4 million-square-foot mall has a lot of allure as well, with the only Apple Store and Neiman Marcus in Broward County, says Andy Ziffer, a luxury real estate consultant with One Sotheby’s International Realty.

Just north of the mall, Adagio on the Bay along the Intracoastal Waterway has sold all but one of its 12 units, Ziffer says. Prices averaged $1.6 million. “When we came out of the ground the real estate industry felt we were off our rockers,” he says. “Now, we’re seen as offering good value.”

The Aquarius condos on 14th Street near the Intracoastal had sold about a third of its 15 condo units shortly after they went on the market, Ziffer says. Units start at $840,000.

BBX Capital and New Urban Communities have broken ground on a 30-home project called The Village at Victoria Park. BBX also bought a site that includes a 7-Eleven and an office building across from the mall. (BBX’s real estate operations were written about in the February edition of SFBW.)

The biggest splash of all was last fall when the owners of the Galleria announced plans for up to $1 billion in development with up to 1,600 units and 150 hotel rooms. Peter Flotz of Lansing Melbourne Group, who is working with the mall’s owners, Keystone-Florida Property Holding, says the reaction from nearby residents was a surprise.

“Wow, we didn’t realize you could do it there,” he says.

He was listening to what the neighbors had to say before seeking site plan approval.

Riva will be a waterfront-oriented project with storage for paddleboards and kayaks, Deckelbaum says.

The Middle River flows into the Intracoastal Waterway south of the Galleria and is popular for water skiing with a launching ramp at George English. The river also provides access to the Las Olas Isles and the New River. The serene nature of the waterway is a contrast to Federal Highway, since the entrance to Riva doesn’t really show what’s ahead.

“A lot of people are amazed and surprised when you turn in the driveway,” says Deckelbaum. “Almost everybody in Fort Lauderdale knows where Bayview Cadillac is. If you knew it was on a tremendous waterfront, you would be shocked.”

Riva will be shielded from the noise of Federal Highway by a new Audi dealership that’s already under construction. A new Trader Joes and Nordstrom Rack are coming up the street.

Alex Daoud, owner of Daoud’s Fine Jewelry across from The Galleria, says the mall was open air when his business moved to the neighborhood in 1978. Daoud’s moved a few years ago to make way for another new neighborhood amenity,  a new Publix.

Daoud says it will be good for the neighborhood to have more residents, but there is less and less waterfront property available for development.

Deckelbaum and Flotz talked about how the demographics of the new residents will vary from downtown.

Deckelbaum says many of his buyers are western Broward residents who want to be closer to downtown – they don’t want to go to a nice restaurant and then have a 45-minute ride home. Casa D�Angelo and Canyon, generally regarded as among the top restaurants in Fort Lauderdale, are within walking distance of Riva.

Deckelbaum says he’s getting some buyers who are moving back from the beach because it’s a bit too busy for their tastes.

Riva will have 40,000 square feet of amenity space for residents, including a 7,000-square-foot gym, an owners” lounge for parties and the cochina, a combination kitchen, living room and dining room for 20 to 30 people. The fourth floor will have a pool deck.

Flotz says he sees a key market for residents who are turning 65 and willing to pay a bit more in rent for larger units than they might typically find downtown. He also sees the units as occupying a niche between the beach’s expensive luxury products and older, smaller units.

His second biggest target market is dog owners, so he plans to offer ammenties such as an elevated dog park on the parking garage, places to wash dogs, a dog walking service and a place for a veterinarian to open shop.

Flotz’s company started 10 years ago and was based on what he calls his knowledge of parking economics. For example, a university might need more space for dorms, classrooms and green space and need to redevelop parking lots.

At the Galleria, seven buildings will occupy current parking lots with most of the density and height along Sunrise Boulevard, he says.

Initial plans called for a 45-story building on what’s now a grassy lot between the Galleria and the Gallery One Doubletree Suites. The tallest building in the city now is the 42-story Las Olas Riverhouse downtown. ?

The Deckelbaum back story

Bradley Deckelbaum, the developer of Riva, is a fourth generation builder.

His great grandfather was a carpenter and built homes on Staten Island, Deckelbaum says. He moved the family to Montreal and his son joined him in business after a brief career as an engineer.

The father/son duo had an array of projects, but Brad’s father Gordon focused on residential projects after moving to South Florida in the 1970s.

�We have found places that nobody saw as a place for luxury living before us,” Bradley says. Among them are Renaissance on Hollywood Beach and Venezia in downtown Fort Lauderdale.

Altogether, the Deckelbaums have built 8,000 units over the past 100 years.