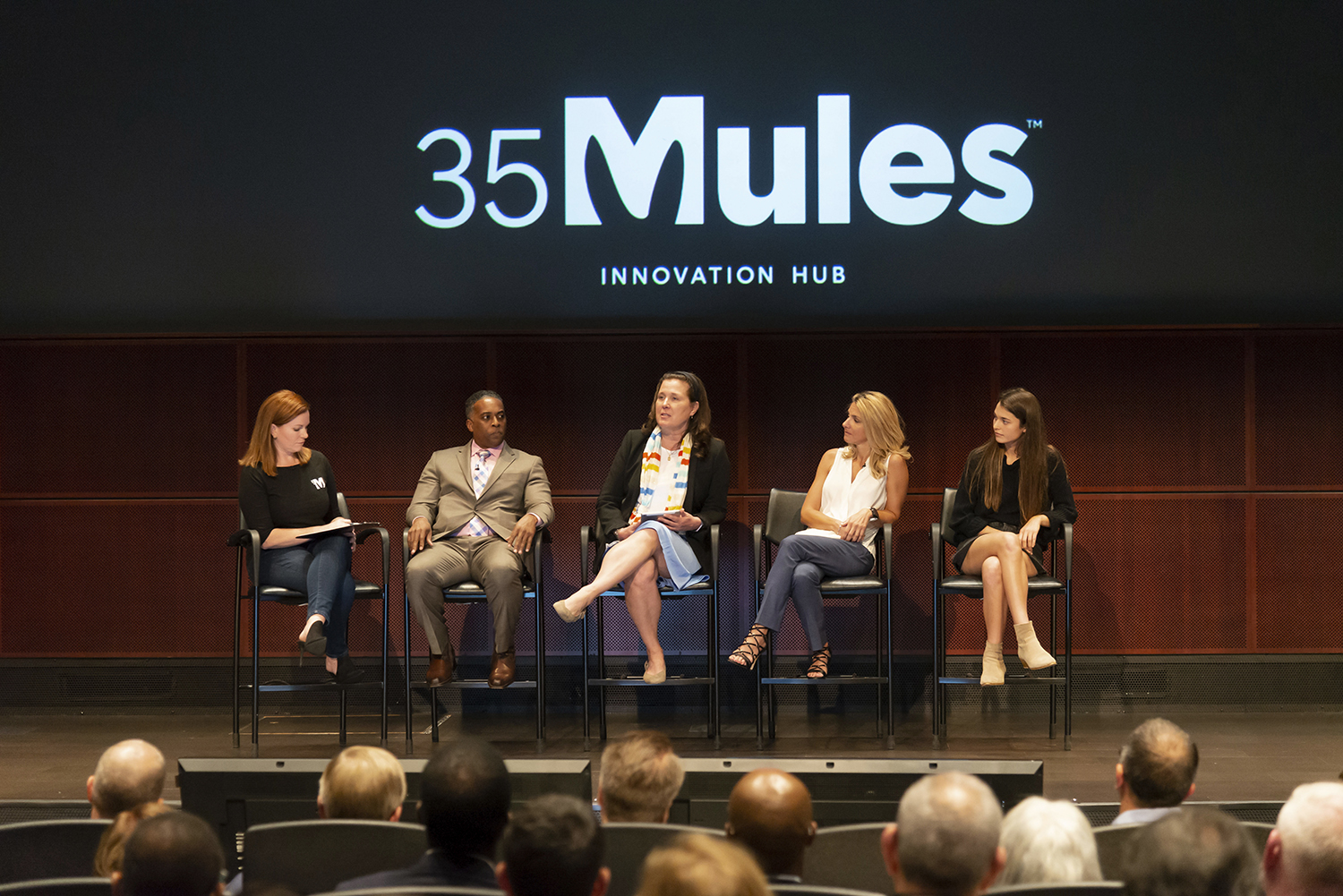 Northern Palm Beach County has been busy building a biotech cluster, but Florida Power & Light is poised to build a new one in the energy sector.

FPL, which is part of NextEra Energy (NYSE: NEE), has launched an innovation hub called 35 Mules. The name is derived from the ice plant, sponge boat and mules that were part of the company’s launch in 1925.

The effort will be an economic boon with funding of $1 million for 20 entrepreneurs, who will get grants of at least $50,000 and dedicated workspace on FPL’s campus in Juno Beach for 12 to 18 months. The hope is the entrepreneurs will subsequently be able to pitch investors for funding or move to another incubator and grow their businesses in Florida.

Not long after the announcement, FPL said on LinkedIn that it’s already getting applications on 35Mules.com from entrepreneurs as far as California.

The $2.5 million 35 Mules investment seems like another smart strategic move by NextEra.

NextEra is the nation’s largest producer of solar and wind and ranked by Fortune as the most-admired electric and gas utility. The effort should give FPL and its parent company greater insight into emerging technology as the entrepreneurs work with company experts in solar, renewables, innovation and smart grids.

FPL plans to add 30 million solar panels by 2030 and says it is on track to build the world’s largest solar-powered battery storage system.

One of the biggest issues with solar has been storing power for use at night and on cloudy days. FPL is addressing that with a battery storage system in Manatee County, where it already has an existing solar plant. The system reportedly will be able to store enough electricity to power 329,000 homes for two hours.

FPL says this effort is believed to be the first in the nation to fully integrate battery technology with a major solar power plant in a way that increases the plant’s overall energy output. It is expected to open in late 2021.

The efficiency of solar systems keeps improving, and a recent Wall Street Journal article highlighted an effort in India where solar is producing power more cheaply than fossil fuels. In the past, tax incentives have been crucial to adaptation of solar, but that’s giving way to free market forces. Already, the economics of coal plants nationally are giving way to natural gas, a cleaner and more cost-effective fuel.

An article on greentechmedia.com says solar-plus-storage systems in the Sunbelt already have begun to outcompete natural gas power plants that come online during periods of peak demand.

The 35 Mules initiative was unveiled at an event at the corporate headquarters, which drew an array of government and educational panels.

“FPL has long prided itself on embracing innovation to deliver affordable, reliable and clean electricity, both now and over the long term,” says FPL president and CEO Eric Silagy. “FPL’s track record of providing exceptional value to customers is the direct result of our employees’ relentless pursuit of continuous improvement and being unafraid to challenge the status quo in tackling tough problems. It’s what makes our company so special and will drive success of our new incubator program, 35 Mules, as FPL finds a new way to continue moving Florida forward.”

Silagy told attendees that the electric system in the state is part of an overall strong infrastructure system that includes roads, ports, rail and education.

FPL is the largest electric utility in the United States and the largest investor in Florida by a wide margin, Silagy said. “Just last year alone, we invested $6 billion.”

FPL says its rates are about 30 percent below the national average and the lowest among electric utilities in Florida. ♦