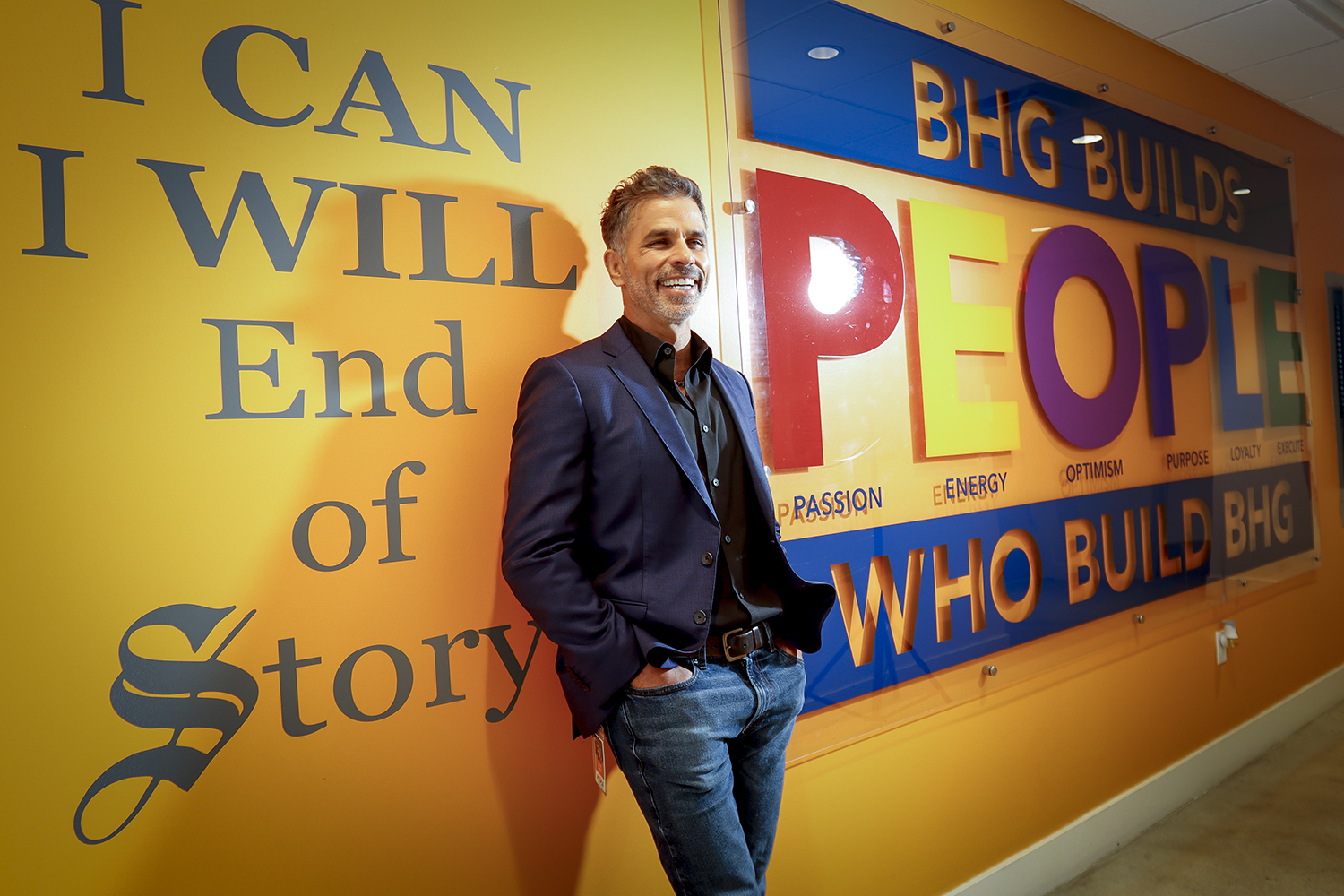 Bankers Healthcare Group started with a single $100,000 transaction, but it has hit 600 employees and $1 billion plus in valuation with a combination of grit, innovation and a focus on corporate culture.

The fast-growing company needs more space and put a 130,000-square-foot building under contract in Miramar. It plans to use 65,000 square feet initially, lease out the rest and then have room for future expansion, says co-founder Eric Castro.

BHG originally focused on lending to medical professionals, but has branched into other fields ranging from CPAs and architects to pilots and consumers who might need health care financing. It is 49 percent owned by Pinnacle Financial Partners, a Tennessee banking company, and 51 percent evenly split among co-founder, chairman and CEO Albert Crawford, who works out of the executive office in Syracuse, New York, and Castro, who works out of the operations center in Davie.

“How you would look at Bankers Healthcare Group probably is as a finance company for all intents and purposes,” Castro says during an interview. BHG emphasizes a concierge approach that is designed to be speedy and hassle-free.

“We’re very proud of the fact that we have a great reputation in the marketplace, as a lender that can actually not only provide you with a flexible solution that makes total sense and creates the win/win, but also a level of service that would probably be cool, too, kind of like the difference between a regular Uber and Uber Black,” Castro says.

An example of that service are customer-service representatives who can answer questions until midnight on weekdays and handle transactions on weekends. The approach allows BHG to compete on a higher plane than just trying to be the lowball source of funds.

The company was founded in 2001 by Castro, his brother, Bob, and Crawford. Interesting aspects of their entrepreneurial journey includes selling minority ownership stakes and the departure of Bob, who handled sales and marketing.

Eric says he used to be called chief operating officer, but these days he isn’t really into titles, saying they are often confusing. Besides, you don’t need a title to do true leadership, he adds. He likes to focus on being a mentor to the executive team and C-level leaders.

“In addition to that, I probably call myself more of a common sense officer, than I would anything else today,” Castro says. “I just try to sit there to try to push back where I need to push back and really support where I need to support whether that’s at my partner level, or whether it’s on the ground with the folks in the trenches.”

He focuses on the culture that powers the continuing scale-up of the business and an ecosystem that fulfills needs in the marketplace.

Castro was born in the Bronx, but went to school in the Hialeah area starting in elementary school.

It was a challenging blue-collar life. Castro says his father lost his postal-service pension when he transferred to South Florida and subsequently worked as a delivery guy. His mother, who was from South Florida, was a waitress, often working multiple jobs at two to three locations. Bob and Eric would do car washes to chip in on the bills. Eric says, at age 13, he started working at an Italian restaurant where his mom was a waitress, sometimes washing heavy pots and pans until 3 a.m. and then rising a few hours later to go to school.

“That’s where we established our grit is when we were younger,” he says.

Castro joined the Marine Corps in 1987 for a three-year stint, seeking an outside the box adventure and liking the Marine slogan of “The few. The proud. The Marines.” He worked his way up to being a tank gunner. He got out just before the Gulf War and circled back to his brother, who was starting businesses.

“We wanted to be an entrepreneur. We didn’t even know what the word meant, but we knew it meant freedom,” Castro says. They opened about a half-dozen business, such as janitorial services and selling Amway products.

“Obviously, all of them failed, but, nonetheless, we learned a tremendous amount along the way,” he says. They had a day job selling memberships for the Better Business Bureau and opportunity struck after Bob sold a membership to an equipment leasing company.

The owner started admiring his enthusiasm, grit and drive. That provided Bob entrée into the equipment leasing business. A few months later, though, the company shut down when the owner became sick.

“He told Bobby, he should just go on and work from his home and just become a broker of sorts,” Castro says. Eric filled in when his brother and wife went on a cruise and did well enough that his brother invited him to be a 50/50 partner.

The business prospered for about eight years, with Eric handling underwriting and operations and Bob handling sales and marketing.

“We built a pretty good reputation in the marketplace, as go-getters, guys that could go out there and originate quality paper. And so, little by little there for several years, we did extremely well,” Castro says. In the early 1990s, though, the market started tightening and competition became fierce. They needed a new strategy.

Out of desperation, they went to an industry function on Martha’s Vineyard and met Crawford at a networking session. He was from Syracuse and understood securitization (the financial practice of pooling contractual debts and selling their cash flow) and worked with small community banks around the Midwest. They saw an opportunity to provide working capital loans to businesses without necessarily requiring collateral.

“What we wanted to do was focus on doctors and dentists and veterinarians, because, to be honest with you, they were sought after—and they still are. … So, if you can save them time and give them a level of service, they’re willing to pay for it,” Castro says.

Their first customer was a doctor who needed $100,000 in working capital after buying a second practice. A Small Business Administration loan meant he already had liens on the first practice. They packaged it up and sent it to Crawford.

“We were off to the races. We never started the company with anything, no money,” Castro says. Now they are doing 1,300 transactions a month on just that type of product line, but they have multiple product lines and work with more than 1,000 banks.

A lot of the company’s success was just due to grinding away with Crawford spending all week driving and flying around to build relationships with banks, Bob knocking on doors to get clients and Eric trying to create the concierge financial technology experience.

About five years ago, they realized they had built up a lot of value in the company and thought it would be good to take some of it off the table, Castro says. Investment firms told them how to sell a minority position, but they weren’t that excited about the process. Crawford called a senior executive at Pinnacle, which they had been doing business with.

Within three weeks, the partners had a term sheet to sell 30 percent at a total company valuation of $250 million. Castro says Pinnacle has been a phenomenal partner in growth and strategy.

A year later, the three majority partners were approached by another organization to buy at a $650 million valuation. Instead, Pinnacle bought another 19 percent at close to that valuation to reach a 49 percent stake.

The valuation kept going up.

In late 2018, early 2019 another group suggested the value of BHG was more than $1 billion, Castro says. After an evaluation, the value seemed more like $1.5 billion.

“We felt that it was interesting, but it wasn’t what we wanted. We wanted to stay in control,” Castro says. In mid-2019, there was another twist when Bob decided he wanted to pursue other endeavors.

“The last thing we wanted to do was [have] one of the partners to leave the partnership, but that’s what Bobby wanted and we’ve always stayed true to each other. So, we ultimately decided that for everybody’s sake, let’s go and buy Bobby out. What Albert and I did was we bought Bobby out at a $1 billion valuation. And so, in essence, we bought his 17% and we split it among us. And so, today, Albert owns 25½ percent and on my side is 25½.”

Big data and the secrets of scale

The biggest challenge at BHG these days is to really understand the dynamics of scale, Castro says. Even if you have a great business model, a clear runway ahead and opportunity, there’s a need to maintain a level of quality. That goes beyond products to the culture itself.

“Throwing bodies to it, you know, was an interesting idea. We’ve tried that, but it doesn’t work,” Castro says. Quality is important because of BHG’s concierge approach.

BHG also has been using data to let it embrace different levels of risk. The risk-based approach to pricing helped it be competitive when customers were offered lower rates by competitors.

The company has more than 35 analysts focused on managing risk, many of them based at a third office in New York City. BHG also uses artificial intelligence machine learning to monetize the data in real time.

One of the challenges in scaling is making sure to maintain a culture of process efficiency, Castro says. “So, to give an example, for every new thing that you add to the system, you should probably take two old things out. … Most people don’t and, so, what happens, is that the system gets bogged down and the levels of efficiency that people look for, regardless of the technology, they never get there.”

While the company has branched out when it comes to products, like more types of professionals as customers and a credit card issued with partner Pinnacle, it continues to emphasize culture.

The effort includes 30 to 50 summer interns, Castro says. “What we’re focused on is making sure that we harvest the best and the brightest throughout the country when it comes to constantly injecting the organization with folks that are really eager to learn and folks that are driven and they really want to accomplish something.”

He looks for positive attitudes, enthusiasm and grit—it’s not whether you get knocked down, it’s about how you get back on your feet, Castro says. Another key attribute is gratitude, which includes looking at everybody as equal instead of being above or below you.

The company’s leadership exploration development process is designed to examine who is in tune with the organization and where they are going.

“What we do is we try to invest in them by basically teaching them what leadership is and what leadership isn’t. Teaching them the difference between management and leadership—everything from public speaking to interacting with their team on a social basis to really embracing organizational health, understanding the human aspect of what it’s going to take to be able to get over that hump, so to speak, not just the business,” he says.

“The problem is a lot of people scale in bodies and balance sheet, but they don’t scale in leadership,” Castro says. “For us, we know that the root of our success is in that core leadership.” ♦ 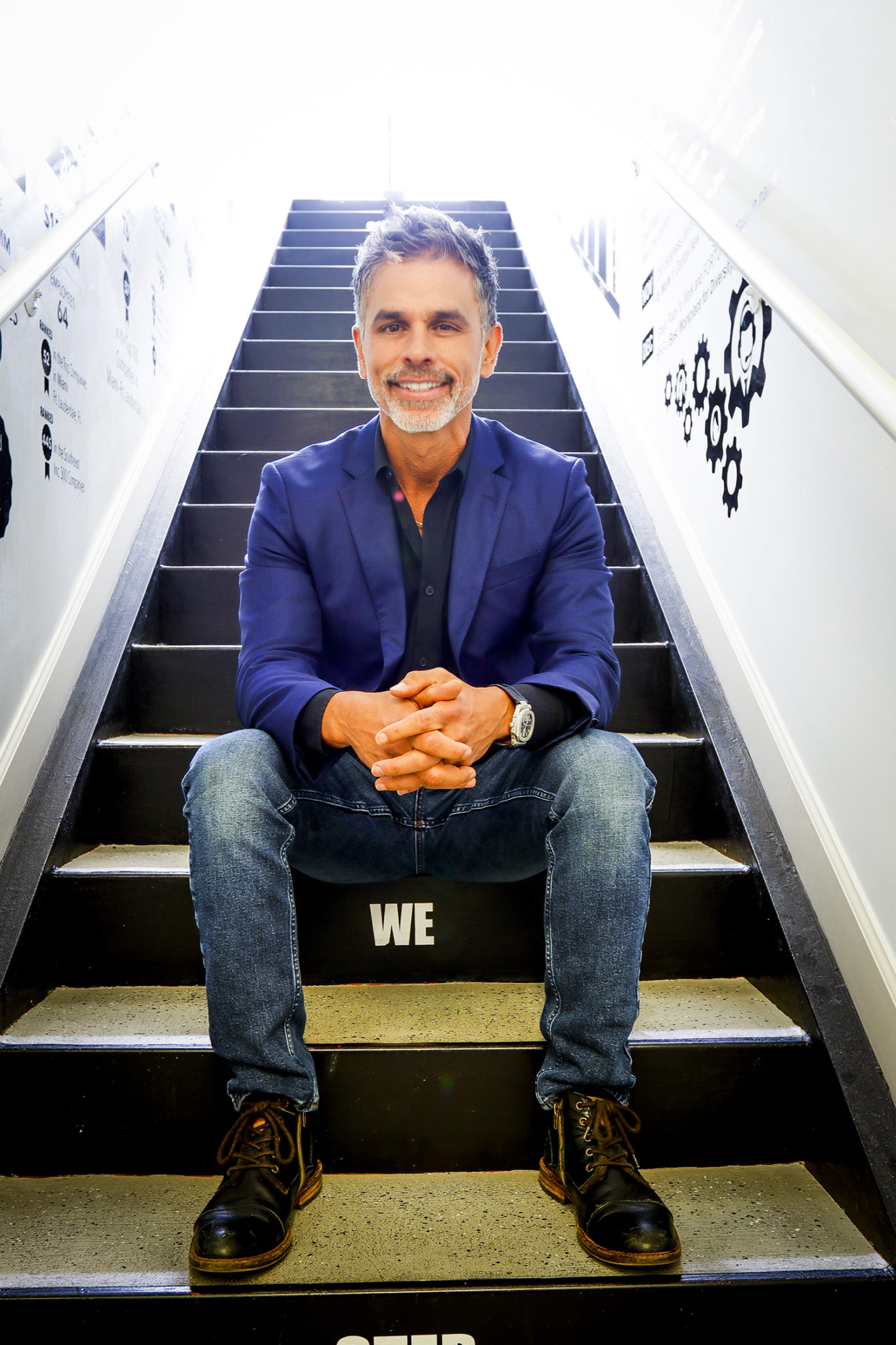