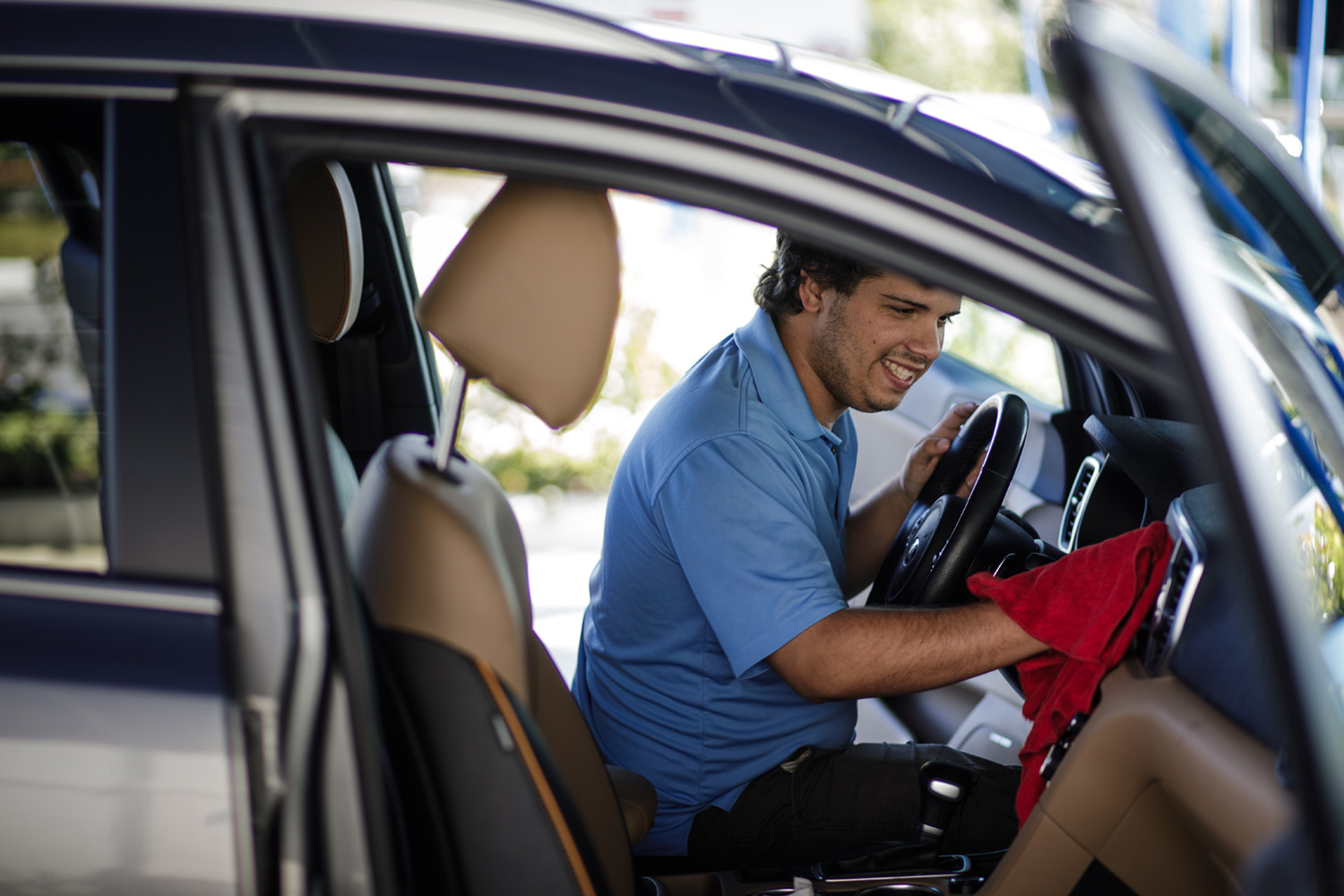 Neuro diversity in the workplace

According to a March 2020 report from the Centers of Disease Control and Prevention, 1 in every 54 children born in the United States will be diagnosed with autism. Defined as a bio-neurological developmental disability, autism affects the area of the brain that deals with social interaction, communication skills and cognitive function.

Great strides have been made in helping children diagnosed with autism, or autism spectrum disorder, gain valuable skills needed to function in their environment, but most services offered end once these children become adults. While the diagnosis covers a wide spectrum of symptoms, a common characteristic appears to be a detail-oriented individual who thrives on routine and is passionate about what they love—making the autistic adult community a valuable economic resource worthy of a closer look.

South Florida businesses are starting to take note, realizing that with the proper training and job placement, the benefits of hiring autistic adults goes beyond a call for social responsibility, and that creating a diverse workplace with a dedicated workforce translates into economic success.

For Tom D’Eri, chief operating officer and co-founder of Rising Tide Car Wash, the challenges autistic adults face in the workplace hit home. His brother, Andrew, was diagnosed with the disorder at age 5, and, as Andrew began approaching adulthood, their father, John, started to wonder what would come next after finishing high school. A seasoned entrepreneur who’s owned businesses ranging from litigation support to a Manhattan equestrian center, John and Tom (who had just graduated from college with a degree in economics and finance) teamed up and began researching what the next business opportunity—one that would be an optimal workplace for autistic adults—would be.

They also discovered how anemic the market was when it came to employment opportunities for those with autism. This was in 2011, when, according to D’Eri, the unemployment for people with autism was somewhere approaching the low 90 percent range. As their research continued, and they met with more adults with autism, the idea of a car wash business solidified.

“It’s detail-oriented work, so they’re doing the same process on every car,” D’Eri explains, adding that the learning opportunity for customers was equally important.

“This is a forward-facing business, it’s out in the community …[Customers] can clearly see, is the car clean? Is it not? … It’s a really great way to educate the community and a great platform to change people’s perception about autism,” D’Eri says.

The father and son purchased their first location in Parkland in 2011. The success has been overwhelming, with that location going from 35,000 car washes a year to more than 150,000 car washes annually. In 2017, they opened their second shop in Margate and are currently working on opening up a third.

Eighty percent of employees at both locations are diagnosed with the disorder. All learn the business from the ground up. For D’Eri, having autistic adults as part of the team has been an immeasurable asset to the company. For starters, turnover is significantly lower, as autistic adults take great pride in their work and are engaged and enthusiastic about, not only their job, but being part of a team. Because employees stay longer, the company is able to continue to invest in their training, which translates to an improved outcome for everyone involved.

One of South Florida’s strongest advocates for autistic individuals, the Dan Marino Foundation was created in 1992 by then-Miami Dolphins quarterback Dan Marino and his wife, Claire, after coping first-hand with the challenges of raising a child with autism.

While its initial focus was in providing assistance to children, DMF expanded services to prepare the growing population of autistic adults entering the workforce. This includes a post-secondary school as well as the development of virtual reality software simulating the interview environment.

The effort is paying off. CEO Mary Partin observes a stark change in the perception of having autistic members enter the workplace.

“[I’ve] seen a difference over the past, maybe 10 years, especially when people are recognizing that doing things differently, or people that see things differently, drive the innovation in companies and really do offer another total aspect to their workforce,” Partin says.

The foundation helps train and place students, offering community-based learning with internships where students get to experience what it’s like to have a job first-hand. Companies participating in the internship program include Greenspoon Marder, Memorial HealthCare System, Baptist Hospital and the InterContinental Hotel. The results are overwhelmingly positive, with Partin explaining the foundation is averaging about 78% employment whereas the national average for this population lies closer to 13%.

DMF’s technology has been a game changer when it comes to preparing its students for obtaining employment. In partnership with the University of Southern California’s Institute for Creative Technologies and Google funding, it developed the ViTA-DMF software which mimics the interview experience in a virtual setting. Local tech giant Magic Leap offered a grant for further development.

“We’re actually taking everything from the interview process,” Partin says. “[We develop] social skills [through] an augmented or mixed reality where … it looks like people are sitting right across from you in the real sense.”

Along with two brick and mortar schools (one in downtown Fort Lauderdale and the other at the campus of FIU), DMF also offers “Marino Virtual Learning”—an online career training students can partake in from the comfort of their home. With less than 10% of autistic people driving, this facilitates accessibility to training that may otherwise be difficult to get. It also allows students to learn at their own pace in a familiar environment.

At the schools, students arrive ready to learn, eager to gain a productive role in the community. The program runs for 10 months but support continues for an additional six months to ensure proper adjustment to the job.

“Our students bring a sense of responsibility to their current employees. Simply because some of the barriers that our students have to engage in is transportation, so some of our students are literally taking two or three buses just to get to their employment location,” Ramkissoon says.

The program offers a learning platform for fellow workers as well.

“Having those businesses where people are outwardly disclosed as autistic allows [the public] to ask questions or get to know or get more of a comfort level [with the employees],” Partin says.

“So, it just allows for acceptance. It really does.”

Focused on ensuring autistic adults find suitable employment, The Daniel Jordan Fiddle Foundation Transition and Adult Programs was the result of a partnership between two powerful autism-support organizations—UM-NSU CARD (part of the seven university-based regional centers providing service to Broward, Miami-Dade and Monroe counties) and The Daniel Jordan Fiddle Foundation, nationally renowned for its work with autistic adults. Jennifer Feinstein, who works as a case manager, explains that clients—referred to as constituents—have the option of receiving individual support or joining one of the group programs offered.

“In that program we work on hygiene, what to wear, how to interview, how to prepare résumés for the individuals. We work on goal-setting and career planning,” Feinstein says.

Social skills, one of the biggest challenges individuals with autism face when seeking employment, are covered as well.

The program runs twice a year in both the Dade and Broward locations with a cap of 10 participants a class. Because the autism spectrum is broad, with regard to people’s abilities and challenges, there is a screening process to determine who is best-suited for the program, which has a focus on competitive employment. For individuals that are more affected by autism, the organization offers a similar intensive called “Project Work.” Austin adults also have the opportunity to share their experiences in “Job Club,” a monthly support group run by Feinstein.

Silvia Gil, manager of Daniel Jordan Fiddle Foundation’s transition and adult programs, notes there is an increased interest among employers wanting to hire autistic individuals, many of whom are not sure what steps to take moving forward.

“A lot of industries just don’t really know how to set those systems up, so not only do we provide that direct service with the adult constituents … we also will work with the actual employer,” Gil says.

She’s referring to their initiative where the organization works directly with the employer, educating the staff on spectrum disorders so they feel better equipped to understand autism. Some companies, like Miami Children’s Museum and Baptist Health Systems, have even created internships specifically targeting this overlooked population of adults.

“People are really trying to figure out how they can include our individuals with autism,” Gil says. ♦