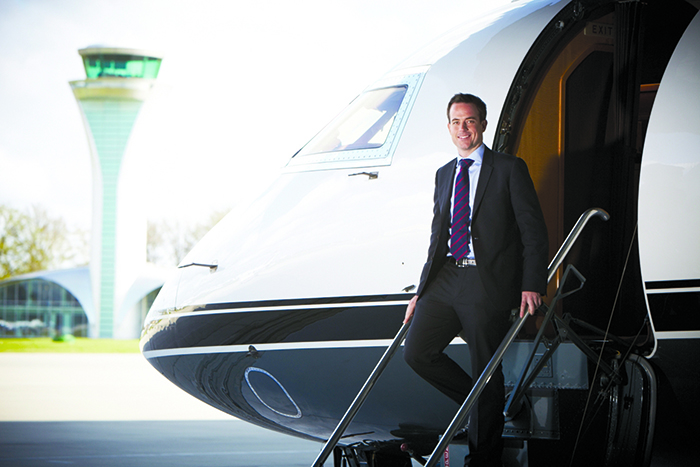 In another sign of South Florida’s soaring prominence, Air Charter Service (ACS) is opening its fifth North American office in Miami. Chairman Chris Leach formed the company in the basement of his British home in 1990, and it now employs more than 300 staff members in 19 offices on five continents.

“We have a really strong customer base in Florida and decided that now was the right time to open an office in closer proximity to some of those clients,” says ACS North America President Richard Thompson. “Not only is Miami a booming region for tourism and travel, it is also currently one of the main hubs for international freight and is the world’s largest gateway to Latin America and the Caribbean. In 2014, MIA was the largest international freight airport within the U.S. and the second-largest for international passengers, making it an ideal location for our different divisions.”

Joel Fenn will lead the new office after serving as director of the company’s Hong Kong operation for the past two-and-a-half years.

“Joel has more than 10 years of experience working internationally with ACS,” Thompson says. “He is ready to work with our many clients that are already within the area, but also to strengthen our local presence to reach more potential new clients.” He expects Fenn’s experience will enable him to build up the operation to the size of ACS’ other North American offices.

“Miami is a major hub between the United States and Latin America and the second-largest finance and banking region of the United States, which makes it an ideal location for our newest office,” Fenn says. “We have brought in a mixture of experienced account managers from other ACS offices and hired locally as well.”

Fenn, who started his ACS career more than a decade ago in the company’s London headquarters, is looking forward to getting to work in the hot new spot, stating, “We are all very excited about this new venture.”