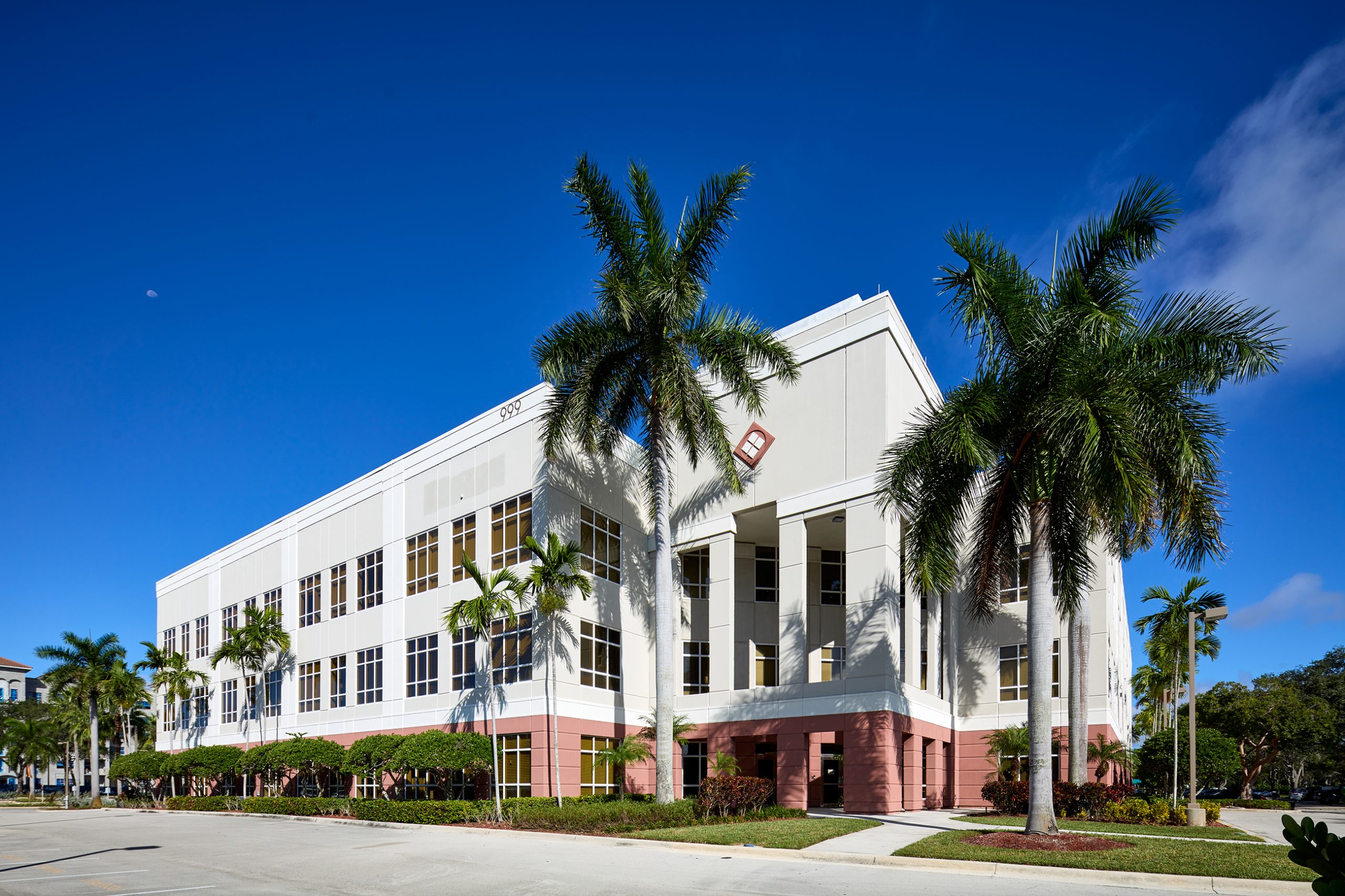 Commercial real estate is more than holding its own in South Florida, and sometimes in unexpected places, courtesy of investment funds with muscle.

MHCommercial Real Estate Fund II, a discretionary real estate private equity fund formed by Dung Lam, Neil E. Merin and Jordan Paul, has closed on the purchase of Yamato Office Center in Boca Raton for $45.9 million ($267 per square foot) in a joint venture partnership with an institutional real estate fund based out of New York, reflecting less a competition between the Empire State and the Sunshine State than a vibrant symbiosis.

999 Yamato Road, built in 2000, is a three-story, 82,974-square-foot office building, while 1001 Yamato Road, built in 1986, is a four-story, 88,750-square-foot office building. The complex is located near the entrance of the Park at Broken Sound and is situated on approximately 10 acres of prime Yamato Road frontage, offering a generous parking ratio that includes covered parking. The Park of Broken Sound has recently benefited from a renaissance through the development of over 1,900 multifamily units and more than 554,000 square feet of retail. Yamato Office Center’s prime location is a short drive to a large variety of nearby upscale amenities and 15 minutes away from transportation infrastructures including Interstate 95, the Boca Raton Airport, Tri-Rail and the future Boca Raton Brightline Florida station.

MHCREFII is the second real estate fund for Neil Merin, Dung Lam and Jordan Paul after closing and fully deploying their first fund in December 2021, acquiring approximately $125 million in commercial real estate. The fund launched in January 2022 and closed on its first acquisition in April 2022 with the $32.5 million purchase of EcoPlex Office Center in West Palm Beach. Yamato Office Center is the second acquisition for the fund with a target to acquire a total of $250 million of commercial real estate throughout the southeastern United States over the next 12 to 18 months.

A statement from MHCREF and MHCREFII principals Neil E. Merin, Dung Lam and Jordan Paul read, “We are very excited with the acquisition of Yamato Office Center at a purchase price well below replacement cost while also providing a tremendous opportunity to create value. Our plan is to reposition the asset as a premier Class-A office center primarily through capital improvements, allowing Yamato Office Center to capture the robust demand for Class-A office space in Boca Raton. Boca Raton is one of the nation’s most attractive communities for wealthy decision makers and Yamato Office Center is specifically located in one of Boca Raton’s most rapidly urbanizing micromarkets.”

Corey Winsett, director of acquisitions for MHCREF, oversaw the acquisition and due diligence process on behalf of the fund’s JV partnership. Financing for the transaction was provided by LoanCore Capital, a leading institutional lender that has financed over $25 billion in commercial real estate loans since 2008. Steve Kay, managing director and JP Kost, vice president, structured the financing transaction on behalf of LoanCore Capital. Elizabeth Jones and John Strickroot of the Shutts & Bowen law firm represented the purchaser on the transaction. NAI/Merin Hunter Codman will manage and lease the property.