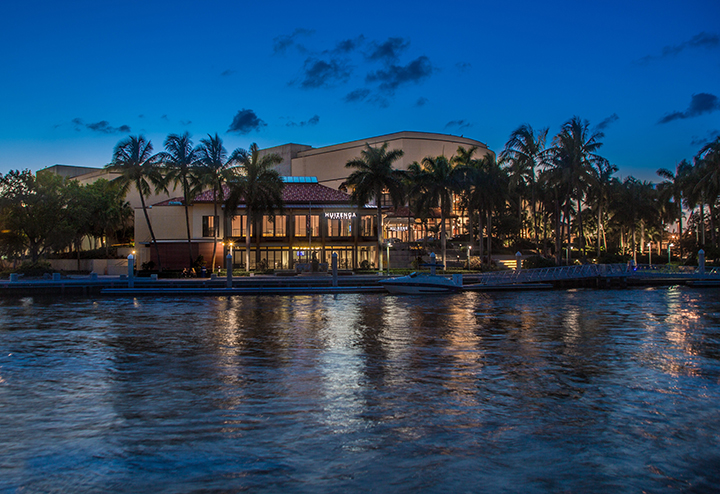 Jewel on the River

The Broward Center for the Performing Arts has hit the third and final act of a $58 million expansion and renovation – even more than the center’s original $56 million price tag.

The moves will further accelerate the center’s business, which involve hosting more than 700 events and 700,000 visitors annually.

Completion will have an invitation-only celebration as “The Phantom of the Opera” returns in November – Phantom was the first Broadway show performed at the center when it opened in 1991. Other shows this season include “Annie,” “The Lion King,” “Motown the Musical,” “Pippin” and “Anything Goes.” (For more info, visit fortlauderdale.broadway.com/season.)

The first act of the expansion and renovation was completed in 2012. It included renovations to the 2,700-seat Au-Rene Theater, including improved seating and upgraded sound systems, plus the new Club Level, which offers a private lounge, open bar, appetizers, desserts and roomy seats.

The second act was unveiled last fall. The lobby of the theater was renovated, the Intermezzo Lounge was unveiled and the Peck Courtyard was updated. The lounge offers drinks and appetizers before performances and during intermission for a fixed price.

The third act is seeing the completion of multiple areas:

The Huizenga Pavilion echoes the design of the main building with its use of sand colored exteriors, red barrel tile accents and plenty of windows. It offers waterfront views on two levels with the 230-seat Porter Riverview Ballroom on the top floor. On the lower floor, Marti’s New River Bistro will offer modern American fare and indoor and outdoor seating overlooking the New River. The restaurant, which was scheduled to open Oct. 5, will have an open to the public pre-theater, pre-fix dinners before 8 p.m. Diners may also go on Open Table and make reservations for later in the evening. The restaurant will also be open Friday and Saturday evenings even if there aren’t any shows. It will also have a brunch from 10 a.m. to 3 p.m. on Saturdays and Sundays.

The Wendt Terraces provide a graceful transition between the river and the original building, whose entry area is perched on a man-made hill. The terraces were designed by Dale Design Landscape Architecture of Massachusetts.

The Von Allmen Plaza, a port” cochere arrival area by the Au-Rene Theater and the AmaturoTheater.

The Rose Miniaci Arts Education Center on the west side of the building, facing Avenue of the Arts (Southwest 7th Avenue). It includes the JM Family Studio Theater, a 2,100-square-foot main education space, and 3,000 square feet of classroom, coaching and administrative space. More than 2.7 million students have utilized education programs at the Broward Center since its inception.

Construction marked a notable partnership between Stiles and Miller Construction Co., two of the biggest names in Fort Lauderdale.

The Broward Center was the first of the trio of urban performing arts centers in South Florida when it opened in 1991. Architects Scott Wilson and Scott Butler not only worked on it then, while at Ben Thompson Associates, but came back to work on the additions with their current firm of Wilson Butler. Wilson Butler, which is based in Boston, also has done a lot of work on theaters for Royal Caribbean International, such as the engaging space on the Oasis class cruise ships.

The Broward Center anchors the arts, historical and entertainment district just west of downtown Fort Lauderdale along Southwest Second Street. The area is known for restaurants, nightlife, the Museum of Discovery and Science and the Riverwalk promenade, which connects the area to downtown.

While the center is a key part of the cultural scene, it also has an annual economic impact of about $90 million. ?