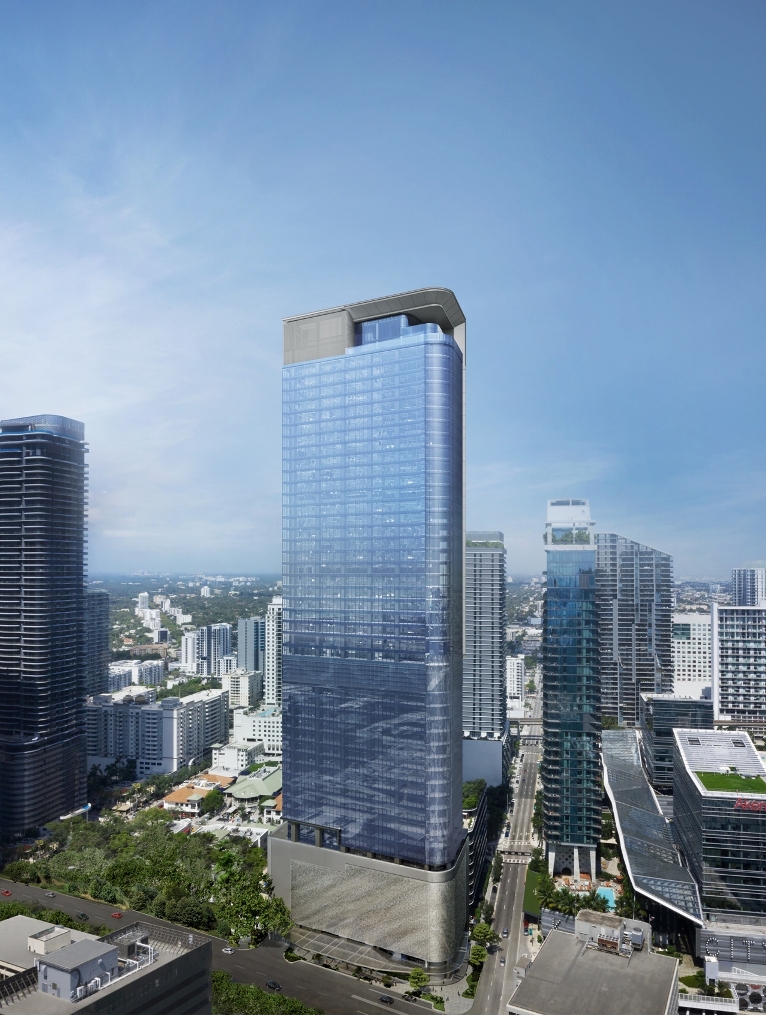 Microsoft has become the latest corporation to move into downtown Miami after announcing it will open a new office in the city’s Brickell Financial District. 830 Brickell is the first stand-alone Class A+ office tower to be developed in the area and is also slated to house tech-focused private equity firm Thoma Bravo, taking 36,500 square feet in the building.

“I am excited to share that our Microsoft Latin America regional team has a new future home at 830 Brickell in Miami,” says Mariana Castro, Vice President, Sales, Marketing and Operations for Latin America at Microsoft. “This space will become our new regional hub in addition to supporting other Microsoft businesses. This move will unite employees across multiple locations supporting collaboration, inspiration, and productivity. The new location will also serve as a bridge to deepen relationships with our customers while navigating the ever-changing hybrid work environment and maintaining Microsoft’s high standards around sustainability and accessibility.”

Currently under construction, 830 Brickell is a 55-floor, 640,000 square foot tower slated to open in 2022. The project is a joint venture between developers OKO Group and Cain International. It was designed by architecture firm Adrian Smith + Gordon Gill, with interiors by Italian architecture and design company Iosa Ghini Associati. Amenities featured in the building include a top-notch health and wellness center with panoramic views, a first-class restaurant and open-air rooftop lounge, a private conference facility for tenants, and 24-hour concierge service.

Officials from the Miami Downtown Development Authority (DDA), which has been at the forefront of bringing tech firms to Miami, anticipate Microsoft’s move to the area will further enhance the downtown location as a significant player in the technology industry.

“The news that Microsoft is headed to downtown Miami is rocket fuel for our city’s growth as a technology hub that’s capable of attracting the largest firms in the world,” says Manolo Reyes, City of Miami Commissioner and Chairman of the Miami Downtown Development Authority. “Microsoft’s office in the Brickell Financial District will be a magnet for other tech firms and the businesses that serve them, and that activity will have a direct impact on our Miami economy. The Miami DDA has been recruiting tech companies dating back nearly a decade, and the arrival of Microsoft will prove invaluable when it comes to showcasing the benefits of doing business in Downtown Miami.”