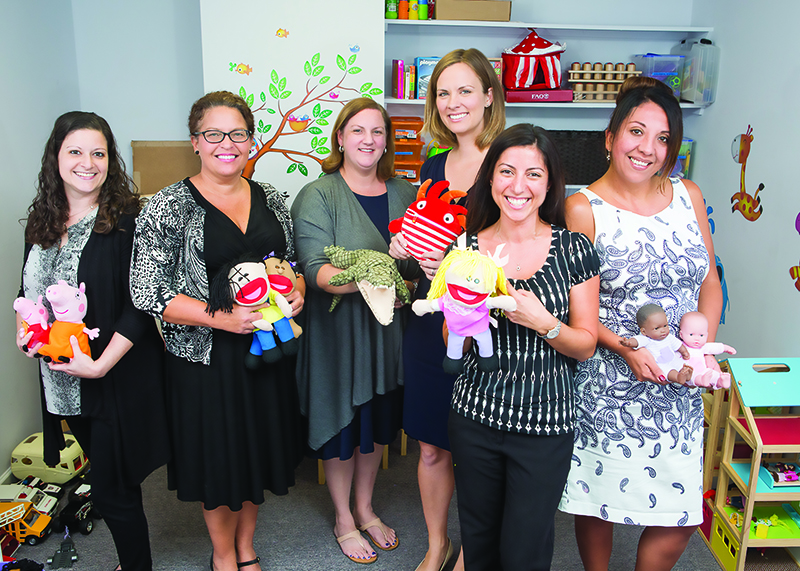 Little 5-year-old Johnny’s home life could some day affect his future performance in the working world.

The Center for Child Counseling, a Palm Beach County-based organization, has seen the evidence and compiled the data to prove definitively that what happens to us in our formative years, especially those first few crucial years, can seriously impact us as we reach adulthood. To further their work, the CCC went to the Quantum Foundation and received a series of grants totaling just under $1 million.

Kerry Jamieson, senior director of communications for the Quantum Foundation, says these traumatic childhood experiences are called Adverse Childhood Experiences (ACEs) and a scientific method has been created—in the form of a questionnaire—to actually determine the extent of a child’s exposure to these experiences. “Based on their answers, you can see a direct correlation with both a person’s physical and mental health,” Jamieson says, adding it’s of course much better to intervene when kids are really young.

“If these (ACEs) are not addressed, the cost for mental and physical treatment as adults is enormous,” she says.

The Quantum Foundation was founded in 1995 in order to provide funding for various health-related projects in Palm Beach County. Only nonprofit organizations are funded. The foundation’s mission is to improve the health of county residents. “We’re at the forefront of this kind of funding,” says Jamieson. “This early intervention and prevention approach to mental health issues is really cutting-edge. It’s actually training the brain, at a stage when it’s most receptive to new information, to be more resilient.”

The Center for Child Counseling’s focus is on “preventing and healing the effects that adverse experiences and toxic stress have on developing children; promoting resiliency and healthy family relationships.”

The organization’s CEO, Renee Layman, is at the forefront of these efforts. She works with members of the medical profession, educators and the business community. She cites a Kaiser study conducted in 1998 that revealed a definite correlation between ACEs and adulthood mental and physical health problems. She points to the fact that Palm Beach County is in the throes of a serious opioid epidemic. She says studies have shown those who experienced ACEs while growing up are significantly more likely to abuse drugs, alcohol, and suffer from depressive disorders.

Jamieson says one of the leading causes of adult absenteeism from work is depression. And not only are ACEs a major contributing factor to mental health issues, they can lead to a host of physical impairments later in life including heart disease, strokes and cancer.

“We focus on early childhood intervention,” says Layman. “The brain is more elastic in ages birth to five. Those early experiences are the most critical and do the most damage.”

Through family therapy and counseling, Layman’s organization tries to find and provide the positive support to mitigate some of the damaging effects of ACEs on a young person.

As part of its initiative to educate the public as to the horrible effects of ACEs, Layman says the organization has trained more than 3,000 individuals in Palm Beach County, including pediatricians, counselors and teachers, as well as many child-care centers.

Randy Scheid, the Quantum Foundation’s vice president of programs, has been strongly supportive of the ACE initiative.

“They have proved a very strong correlation between the number of ACEs and health problems later in life,” he says. “These are very costly for our healthcare system. Approximately one-sixth of our economy is spent on health. What we’re trying to do is get to children early to introduce resiliency to mitigate the impacts.”

Scheid says ACEs can affect anybody. “It doesn’t matter where you come from,” he says, adding that if these issues are not prevented it will lead to a path of future chronic health issues, “that will cost the health system and tax payers more money. When you fund these preventative programs, there’s a direct return on investment.”

A young client uses the play room’s sand tray, where a counselor interacts and works with her.

He says the program’s goal is to introduce resiliency to young minds affected by this trauma. “The CCC works to introduce coping skills,” Scheid says, “they reinforce with children that bad experiences aren’t their fault. It goes beyond children, too. The organization’s focus is on the family.”

“We contract with them to provide mental health counseling for our families,” Williams-Taylor says. “What happens in the early years affects the trajectory of their success in life. Research shows that having a caring adult in their life can make all the difference.”

She stresses the importance of the business community becoming involved in these efforts.

“Our children will be in our workforce,” she says. “We know if they are exposed to trauma, it’ll have a life-long impact.”

To score your ACEs or to learn more about services visit: www.centerforchildcounseling.org. ↵