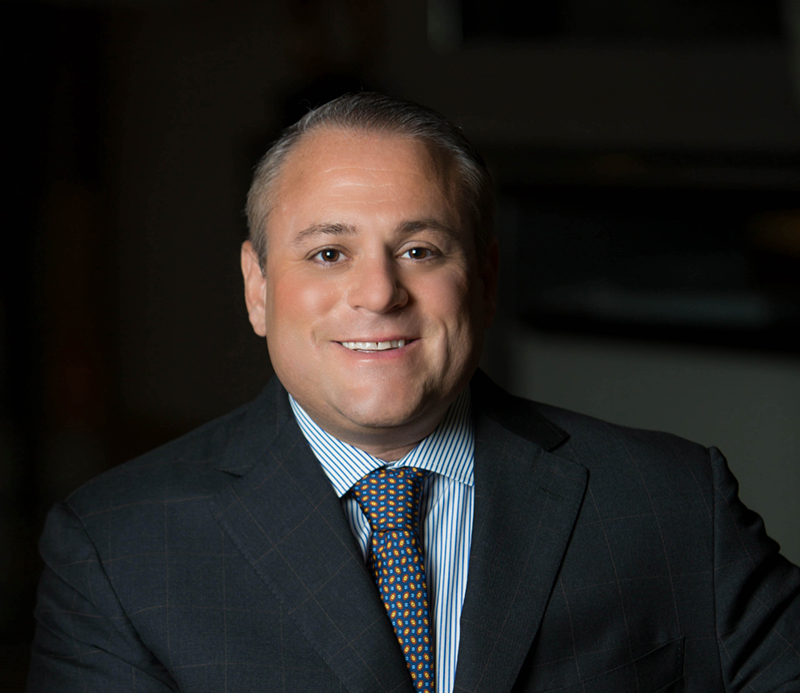 More Than a Dream

The firms are providing South Florida institutions, family offices and government officials with new options for raising capital, generating contrarian investment returns and expanding the business landscape. The AI firms also are bringing more skilled financial professionals into the region, along with the purchasing power their compensation represents.

Michael Corcelli has seen the growth firsthand as founder and president of the Florida Alternative Investment Association, which he started in 2007. “The number of firms in our association has doubled in the last three years,” he says. “And so have assets under management.”

South Florida is home to more than 200 family offices, almost 20 private equity firms and more than 50 hedge funds, according to the Newlink Group in Miami. Palm Beach County’s Business Development Board puts the numbers even higher, with an estimate of more than 300 hedge funds and private equity firms in the three-county area. Only three major alternative investment firms have relocated their headquarters offices to South Florida, but the number of satellite offices continues to climb.

The Attractions of South Florida

Corcelli lists a number of reasons for this growth: the friendly tax environment in Florida (no personal income tax nor estate tax), the low cost of office space, and the large number of wealthy retirees and snowbirds who live here. Florida’s retirement system raising its target allocation for alternatives from 10 percent to 20 percent in 2012 has helped, too.

Then there Miami’s position as the nation’s second-largest banking center and an investment and banking hub for wealthy Latin Americans.

New regulations have also played a part in this influx. According to lawyer Nanette Aguirre of Greenberg Traurig, it all started with the federal Dodd-Frank reforms after the 2008 financial crisis, which made it more expensive for hedge funds to do business. Now, fund managers face compliance with an IRS provision that requires reporting of deferred fees (pre-2009) and related earnings from offshore accounts. Taxes can be a lot lower for fund managers when they are domiciled in Florida instead of New York.

Local government entities also have played a role in attracting AI firms. The Business Development Board of Palm Beach has been particularly active, and Miami-Dade County’s Beacon Council is ramping up as well.

Three years ago, BDB president and CEO Kelly Smallridge came up with the idea of focusing on attracting business from C-suite executives of financial companies who already owned property in Palm Beach County.

This strategy was met with success, she says. “We are the sixth borough. Many CEOs already have second homes in Palm Beach. It’s a very comfortable environment for them.”

Smallridge created a “concierge service” for AI executives and their spouses and families, including introductions to the best schools for their children.

SandPointe was started by Dennis Hammond, a well-known adviser in the fund field who now lives in Florida. Hammond created the quantitative fund-, a type that uses a numerical process to select investments, as a source of capital for his SandPointe Foundation.

SkyBridge Capital is a fund of funds that opened an office in Palm Beach Gardens more than a year ago. The firm is run by managing co-partners Ray Nolte and founder Anthony Scaramucci, who played a part in President Donald Trump’s transition team.

“It’s unbelievable,” he says. “Every month, I get calls from people who want to come here.”

For every big name that moves here, there are six to 10 early-stage operations across the hedge fund and alternative asset spectrum, Goodboy says. “This is what will put South Florida on the global financial map,” he says.

Becoming an active player in the hedge fund space

“The Miami metropolitan area is beginning to establish itself as an active player in the hedge fund space,” the British research firm Preqin says.

AI firms that have opened offices in the city during the past two years include Dormouse of Malta, QuStrat Absolute Return Fund and Apaloosa.

Even family offices in South Florida have a substantial, though small, target allocation in alternatives.

Eli Giombi, an investment analyst at GenSpring Family Offices in Jupiter says, “We’ve always been high on alternatives; they are a good way to preserve wealth.” Typical targets for AI investments are in the range of 16 to 20 percent.

South Florida also is gaining the infrastructure in fields such as accounting and law to help support AIs.

“In the past, it wasn’t possible to run alternative investment structures from here,” Corcelli says. When he started Miami-based Alexander Alternative Capital in 2006, he had to rely on New York lawyers and accountants for expertise. At the same time, the workforce did not include substantial numbers of people trained in the financial services industry.

Today, things are different. A more-experienced workforce is available because of the demands of the banking sector of Miami, plus a push from the Beacon Council.

“We are working with universities to align with banks and the financial industry,” says Mario Sacasa, the council’s senior vice president for international education.

This investment sector also has increased the need for sophisticated audit and accounting services. This demand has translated into more work for local firms and the Big Four accounting firms.

Some accounting firms serve smaller investment firms. “We are their back office and accounting department,” explains Rafael Beck, a managing director at Integrated Solutions, a New York/New Jersey accounting firm that opened its newest office in 2013 in Boca Raton.

The larger accounting firms tend to handle the audit side. Michael Mazzola heads the financial services practice in Miami for EisnerAmper, one of the nation’s largest accounting and audit firms.

“When you start a firm, and an investor wants to give you a large amount of capital, it’s an advantage to have a known firm handling your book keeping or audit requirements,” he says. Looking at the landscape of alternative investments, “there’s tremendous opportunity down here from every angle.”

Steve Menna, the Dallas-based KPMG partner in charge of alterative investments, has moved two staffers into South Florida market. “It’s exciting to dive into a new marketplace,” he says.

The AI sector has become more attractive during the past decade because of prevailing low interest rates. However, alternative investments are not a cure for low yields, Corcelli says. He believes an AI portfolio itself must be carefully constructed and diversified to produce consistent returns.

AI managers and their support service providers are optimistic about future growth in the region.

“I do see a continuation of a growth market for AIs,” says Greenberg Traurig lawyer Bruce Rosetto. “All positive factors will continue for the foreseeable future, and we’re seeing foreign investment continue. After all, we’re still the safe harbor for the rest of the world.” ♦