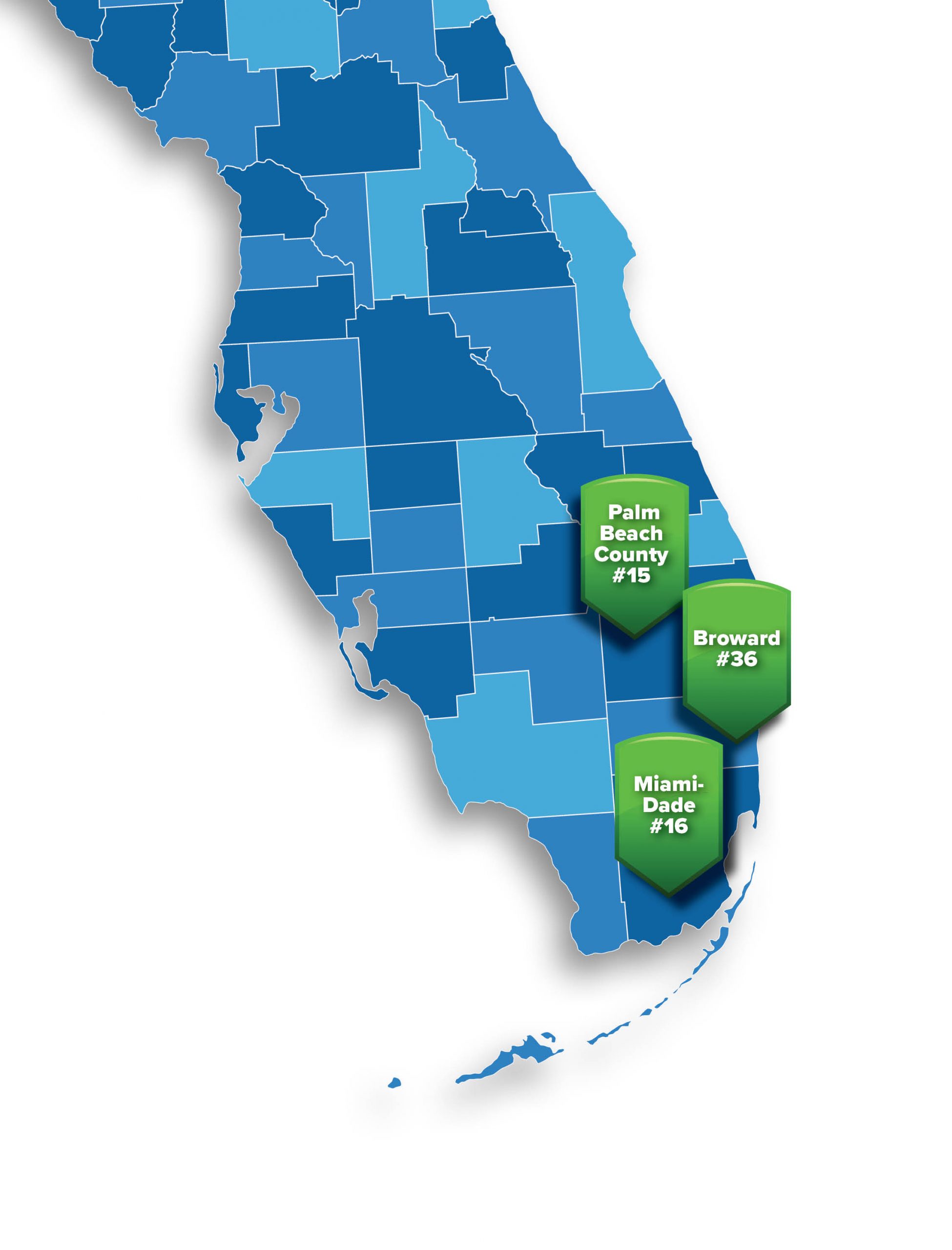 Miami-Dade is right behind Palm Beach, according to RentCafe

In a study by RentCafe, South Florida proved itself one of the country’s most competitive residential rental regions. Among the top 50 most competitive rental markets in the nation, Palm Beach County ranked number 15, Miami-Dade number 16, and Broward number 36. To pinpoint the most in-demand rental markets of 2021, RentCafe analyzed 105 areas based on occupancy rates, number of renters applying for an available unit, vacancy days and average credit score.

On average, it took only 26 days for a vacant apartment in Palm Beach and Miami-Dade counties to be rented out and 28 days in Broward. Occupancy rates in all three counties exceeded 96%. (By comparison, occupancy rates reached 95.4% nationally.) Palm Beach County saw 23 people vying for each available apartment, with Miami-Dade luring 24 and Broward 20. The survey’s top three spots were Eugene, OR; San Diego, CA; and Knoxville, TN, reflecting an increased desire for smaller cities with ample living spaces and easy access to outdoor attractions.