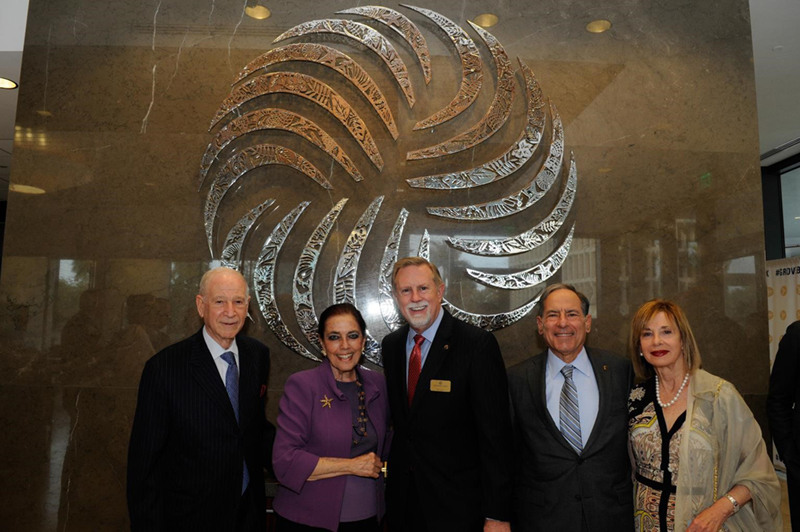 Grove Bank has a rich history, but it’s focused on the future

Grove Bank & Trust saved the University of Miami early in its history, but it has undergone major changes recently and is poised for expansion north of Miami-Dade County.

In recent months, the bank changed its name from Coconut Grove Bank to Grove Bank & Trust, moved into a new headquarters that’s next to the new Park Grove condominiums, and beefed up its trust team with major players.

Attendees at the bank’s grand opening were told the bank was planning to expand further north and it’s in solid financial shape to do so.

Bauer, a national bank-rating service, gives Grove Bank its top rating of five stars. The bank’s largest investor is South Florida entrepreneur Phillip Frost, who is worth an estimated $3.4 billion according to Forbes. Frost bought a major stake in the bank in 2011.

The bank sold its old 5.2-acre headquarters site to Park Grove’s developers, Terra Group and Related Group, for $55 million in 2013. It bought its new 30,000-square-foot headquarters from the developers for $12.75 million in April. Grove Bank even kept its longtime address of 2701 S. Bayshore Drive.

While the bank simply added “trust” to its name, it actually has had trust powers for 60 years. The bank recently added Sheldon Anderson to its board of directors. Anderson joined Northern Trust in 1992 and was president and CEO of the bank’s southeast region before retiring. He has been heavily involved in the community for decades, including a stint as chairman of the United Way of Miami-Dade County.

“Anderson and Porter have extensive experience in helping individuals and families build, manage and preserve wealth. We are very excited to have them as part of our team,” says Charles Stuzin, chairman of the bank’s holding company, Coconut Grove Bankshares. Stuzin previously CEO of Citizens Federal Bank and is president of SF Partners Financial, a family office.

Kuci has ample banking experience, too. He was CEO of Kislak National Bank and Premier Community Bank of South Florida before joining Grove Bank in 2005 as executive vice president and chief lending officer in 2013. He was promoted to CEO in 2013.

Grove Bank’s new office and online banking system are emblematic of its slogan: “Honoring the past, embracing the future.”

While the bank embraces technology, it’s still focused on human interaction, he says. “We are still a believer that people still want that personal touch, especially when you deal in the higher net worth area. They don’t want a 1-800 number.”

The bank also doesn’t require the $5 million net-worth minimum that some larger trust banks do to offer similar personalized service.

That makes sense given the bank’s history of doing more than what might be normally expected.

In 1929, three years after it was founded, it helped bail out the University of Miami, Kuci says.

“UM was a struggling, fledgling university at that time and was having financial difficulties. They were about ready to sell,” Kuci says. “Several of our founding fathers went to UM. They figured out a way they could lend the university money—take an assignment of their assets and agreed to give them back over time as they repaid the loan. Otherwise, they were going to be sold to the University of Florida and be renamed Pan American University.”

In the middle of the Great Depression, the bank provided a loan to Ralph and Jim Ryder to expand their trucking company. That eventually turned into Ryder System, a logistics company that today ranks No. 395 in the Fortune 500, with $6.57 billion in annual sales. ♦