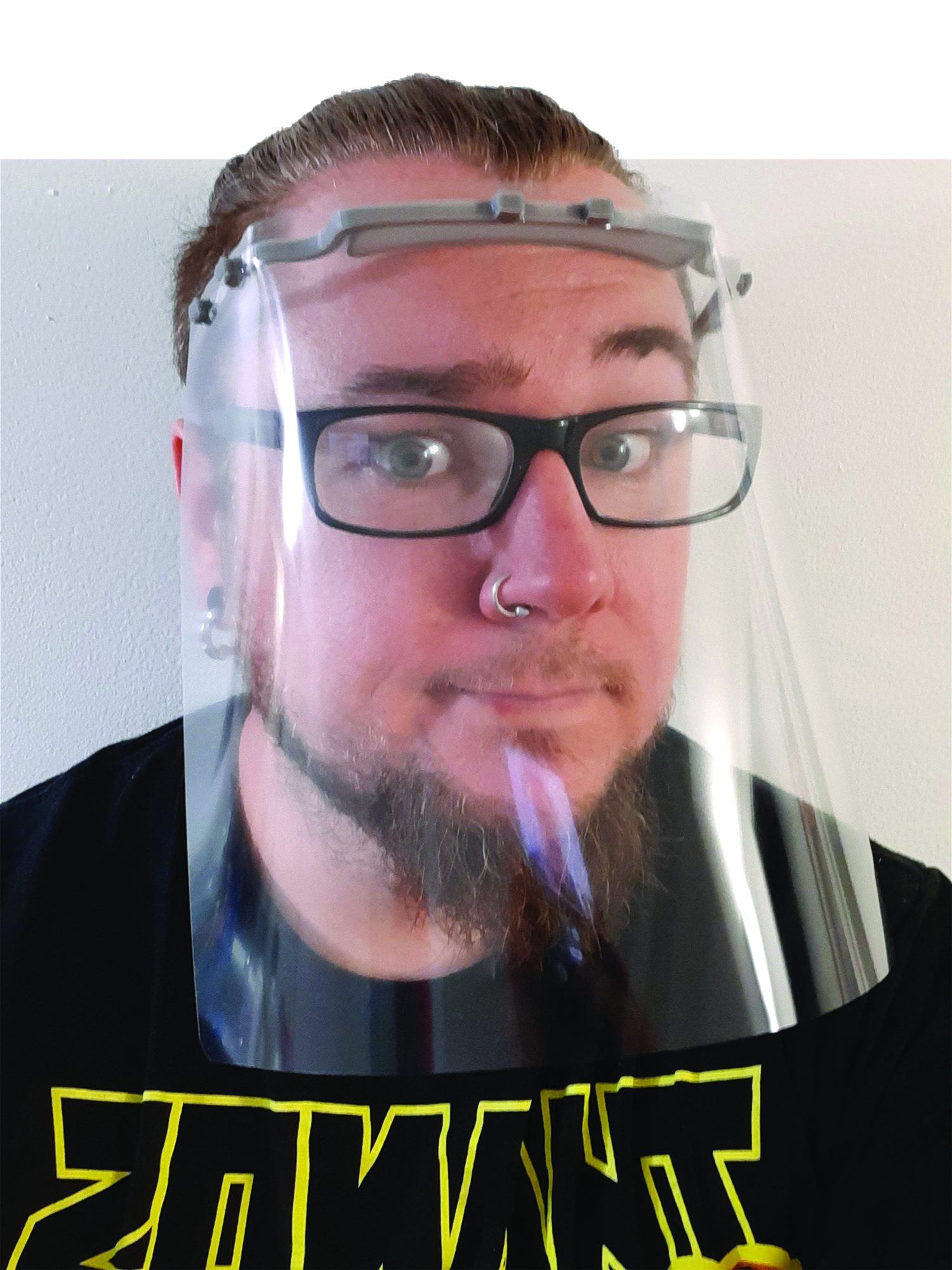 entrepreneur joins others across the country to 'print the curve flat'

One hobby often can lead to another, as Bryan Doell can attest.

About five years ago, he picked up 3D printing to support his cosplay hobby, creating pieces such as helmets.

“One printer turned into two printers turned into three printers and so on. It’s kind of a slippery slope,” he says with a laugh.

Eventually, the Coconut Creek resident started his own toy company HOPToys (which fittingly stands for High on Plastic). He now uses the 3D printers to create toy prototypes of the other-worldly creatures in classic sci-fi films such as 1956’s Earth Vs. The Flying Saucers and 1953’s Robot Monster.

Unfortunately, when factory work for his company stalled in China because of the COVID-19 pandemic, Doell found himself at a standstill—until a friend called him and told him about a Facebook group called Print the Curve Flat. Started by a Disney seamstress and a planner for pop culture-themed events, the group united people with 3D printers around the country to donate their time to create personal protective equipment for hospitals low on supplies. Hospitals all over the country were putting in requests for the group, Doell says.

He had the ability and the printers, so Doell got to work. During the process, he started by loading a 3D model of a faceshield headband onto his computer. He then loaded the 3D printer with thin plastic filaments of PLA and PETG plastics, which he says hold up against sterilization. The shields were made of plastic transparency sheets, which he punched holes into and snapped onto the headbands. It took about 40 minutes to make two shields.

“We usually do 50 at a time,” Doell says. “I’ve got my kids helping because they’re home from school, so they’ll help me pop the faceshields onto the headbands.”

In March and early April, he donated more than 300 face shields to Broward Health North in Coral Springs and West Boca Medical Center’s Emergency Center in Coconut Creek. He also donated some to Solaris HealthCare, a nursing and rehabilitation facility in Creek. He’s also fulfilled neighbors’ requests for face shields after posting on Nextdoor.

In addition to making the face shields, Doell and his wife sewed masks for one of her coworkers who cleans hospitals and needed masks. The extra time spent helping others resulted in life lessons for his 12-year-old twins, who Doell says were excited to help.

“You see somebody that’s in need of help or somebody who needs a hand—if you’re able to do it, then, why not?” he says. “That’s kind of how we live here.” ♦

Anyone looking to donate PLA filament, transparency sheets, quarter-inch nylon elastics or other useful materials, can contact Doell at bryan@highonplastictoys.com. 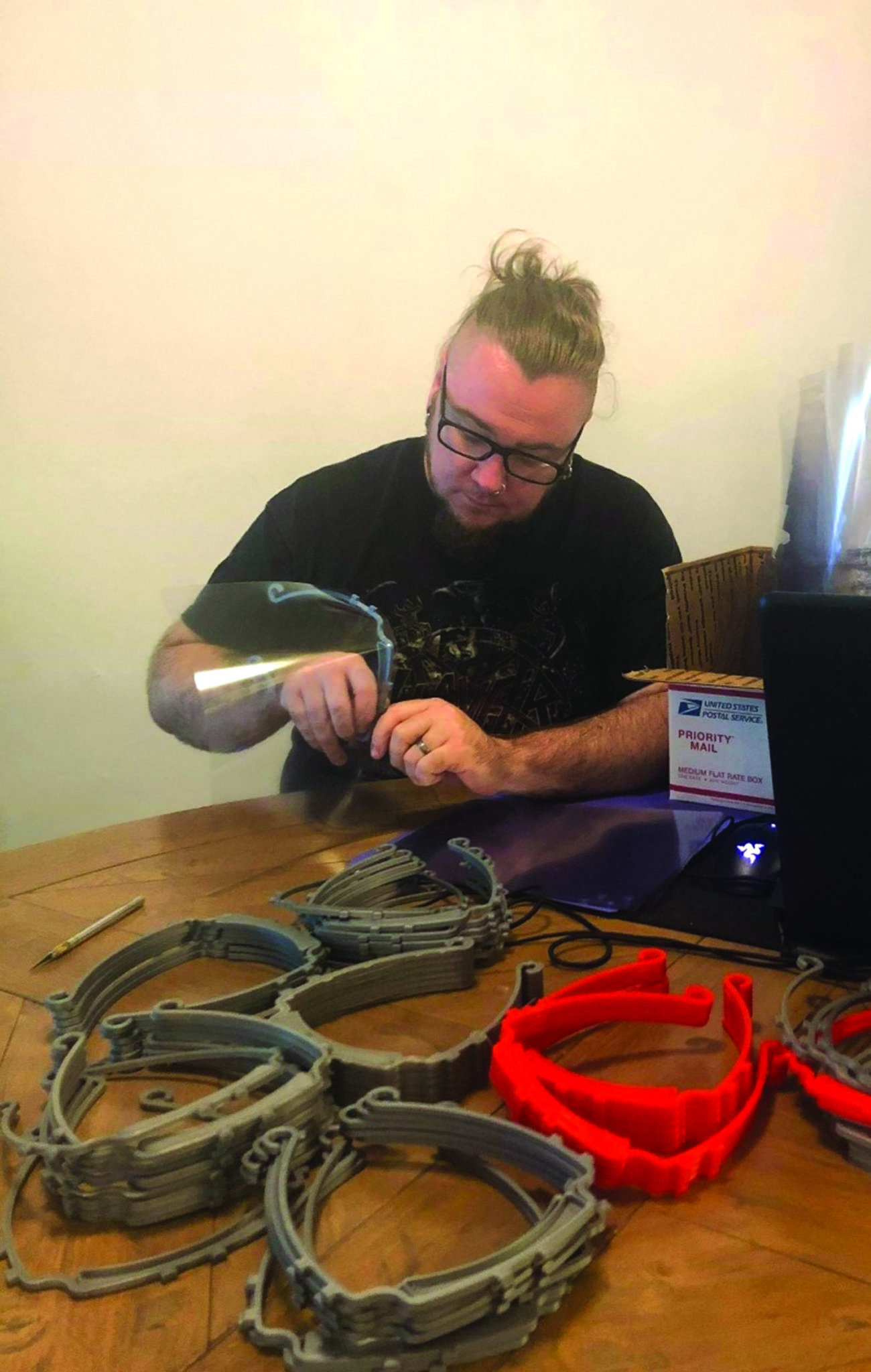