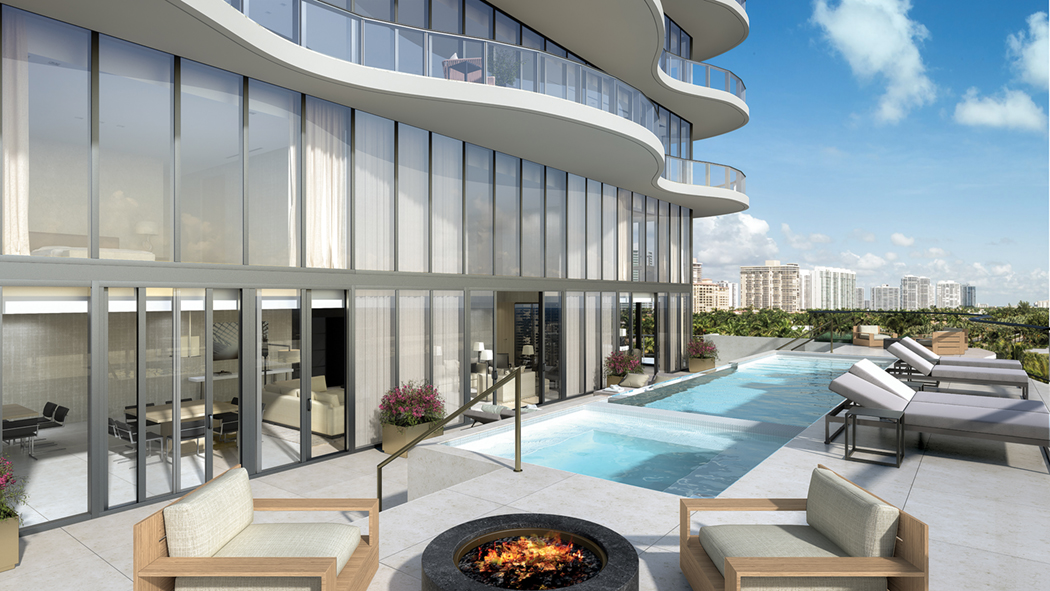 Where to find a floor of your own

Most beach condominiums have either a view of the Atlantic Ocean or the Intracoastal Waterway, but Regalia in Sunny Isles Beach is different. Each unit has 360-degree views, because there’s only one unit on each of its 46 floors.

Of course, this comes at a cost.

The penthouse, which was being wrapped up this fall, was expected to be listed at $40 million or more. It has won the lofty titles of best U.S. condo and best international condo in the USA Property Awards.

The great room at the Beach House

It has 10,755 square feet of interior space on two levels and 6,050 square feet of terrace and rooftop pool deck space. There’s an interior glass elevator to get between the floors.

It has six bedrooms, six full bathrooms, two half-baths, a pool bath, a great room, a spa, a movie theater, a wine cellar, a game room, a family room and a guest living room. The staff has its own quarters, too.

Don’t want to be that high? There’s a $35 million, 17,015-square-foot space on the third and fourth floors that’s called a “beach house.” It’s designed to combine the amenities of a penthouse with the style of the oceanfront, single-family residences found in nearby Golden Beach.

If either of these is just a bit too much, The Jills Coldwell Banker real estate team showed four-bedroom, 5,515-square-foot units listed for $9.5 million to $12.5 million.

Overall, the average sales price has been $9.51 million while the average listing price is $13.29 million.

Just want to rent? The average price is $39,500 a month, according to thejills.com.

The co-developer behind all the Regalia opulence is Kevin Venger, who also created One Thousand Museum, the tower designed by Zaha Hadid in downtown Miami. He previously developed Miami’s Four Seasons Hotel & Residences, Ten Museum Park and Paramount on the Bay.

The architect is Bernardo Fort-Brescia of Miami’s acclaimed Arquitectonica firm. For the interior, Venger tapped Charles Allem of Miami’s CAD International, who has been listed five times among Architectural Digest’s top 100 designers.